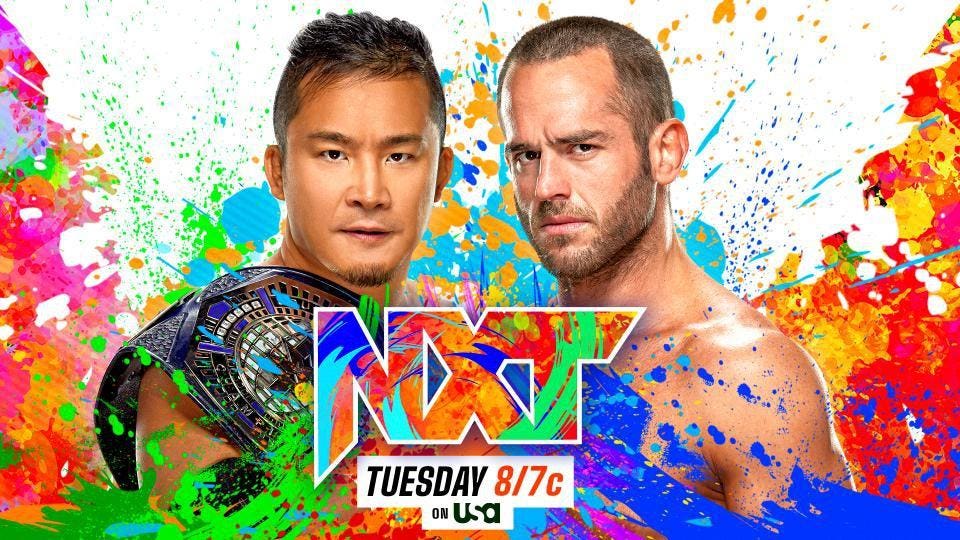 Tommaso Ciampa played the John Cena role putting over all the young talent standing in the ring.

I’m glad people are starting to show up to the “Bron Breakker sounds like Scott Steiner” bandwagon, because I’ve been saying this since Day 1.

In light of reports about NXT’s product being edgier, Bron Breakker said the word “b—ches” and “balls.”

Everybody in the Diamond Mine interfered in this match just to be sure, and it felt more like a championship win for Malcolm Bivens than Roderick Strong.

Grayson Waller was a surprising choice to emerge as the latest challenger for the NXT Cruiserweight Championship. Also, it seems like Waller’s tag team partner Drake Maverick might be permanent on the main roster moving forward because he was nowhere to be found.

NXT doesn’t seem to know what to do with Amari Miller just yet, so for now, she has to play the generic happy, dancing babyface.

Kay Lee Ray was showcased in this match and I feel like she has a legitimate chance to dethrone Raquel Gonzalez, who still has yet to make her NXT 2.0 debut.

This match lasted just over one move, but Dante Chen looks impressive and has a lot of charisma.

Trey Baxter’s girlfriend Cora Jade appeared backstage to console him, calling him a superhero. Baxter then teased that he may go in the direction of dressing like a superhero, and it’s about time NXT stole a gimmick from the main roster for a change.

Joe Gacy, who has a goal of conflict resolution, dresses like a guidance counselor with wrist tape.

It was Cameron Grimes’ turn to be showcased in a quick match so good on him.

Gacy’s gimmick is to smile through everything, even when he loses.

It’s starting to feel like WWE NXT 2.0 has matches just because they have to and they’re intent with getting them over with as soon as possible.

I hope they start selling Andre Chase’s “Chase U” sweatshirt on WWEShop.com. Chase was promising in Chase U classroom segments as NXT prepares to feed him to Odyssey Jones.

Mandy Rose’s line about being a girl that nobody in the crowd could be with fell flat with this audience, either because it was unimaginative or because this audience was filled with confident men who felt that they, in fact, could get with Mandy Rose.

This was a very elaborate and wordy way to say that Toxic Attraction is coming for the NXT Women’s Tag Team Championships. So, will they be operating under the Freebird Rules?

What are the odds that Bron Breakker doesn’t turn on Tommaso Ciampa during this match?

Ciampa needs to follow Bron Breakker’s lead in this one. I know Ciampa is the veteran, but Breakker has legendary tag team DNA running through his veins.

This was such a busy show, between all the short matches and backstage segments, that it felt jarring to see a full-length main event match.

I was surprised Ridge Holland took the pinfall in this match, but happy to see Ciampa and Breakker do the old Steiner Brothers pose.