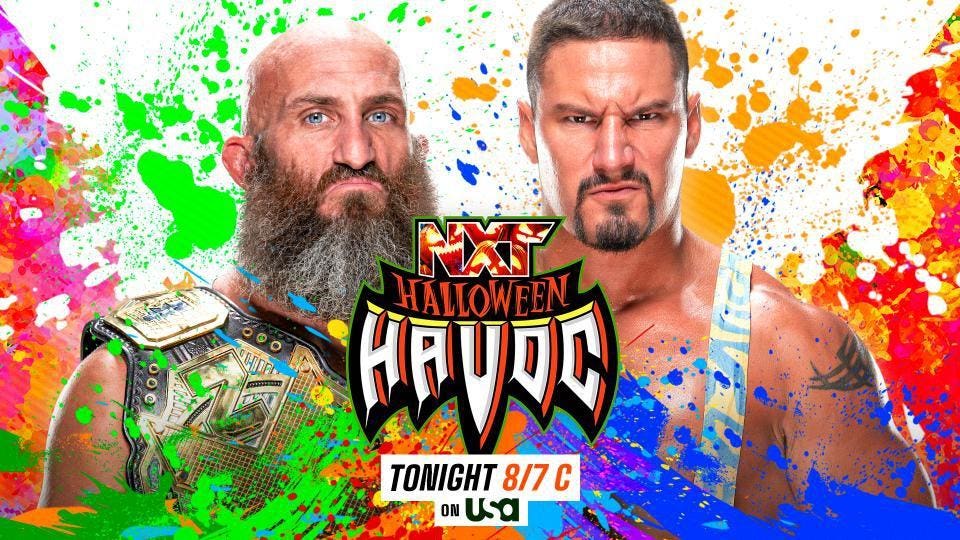 This match started off just fine, but as soon as some of these big ladder spots started to go awry, for the safety of the performers involved, I couldn’t wait for this match to end.

It was the two most experienced members of the match who took the nastiest bumps. Zoey Stark landed awkwardly while attempting a 450 Splash and Io Shirai took a scary bump off a ladder.

The cinematic segments throughout this show, featuring Carmelo Hayes and Trick Williams looking to reclaim the NXT North American Championship, were hilarious. Trick Williams especially stood out. Having said that, it might have gone one segment too long.

Malcolm Bivens’ promos have gotten better every week since NXT started taking the Diamond Mine seriously.

I have no problem with The Diamond Mine’s come-up, but they couldn’t find anybody else for the “babyface loses an open challenge” spot? Were Kyle O’Reilly and Von Wagner too busy chopping wood or…

I feel like this match was hurt, and maybe even slowed down to a degree, by all the no-disqualification spots with weapons.

The woman with the shovel in those mysterious promos turned out to be Dakota Kai, who cost Raquel Gonzalez the NXT Women’s Championship.

Solo Sikoa debuted to take out Grayson Waller, dressed as Dracula. As a babyface in this spot, Waller is back to Square 1 at best.

Chucky, who made appearances throughout this show, should have just been the host.

I was very interested in MSK’s response this week given the reports of overzealous fans booing them because Nash Carter made to much sense about children wrestling.

Based on his Halloween costume, Duke Hudson is more compelling as Hugh Hefner than he was as a poker player.

The lumberjacks in costume made me miss the Rosebuds. Fans had no choice to cheer for MSK once their crowd-pleasing offense got going.

Wes lee hit an RKO to the outside and nobody caught him. Poor guy.

Bron Breakker just called himself the “genetic freak.” I swear, next week he’ll show up with a bleach-blonde mustache, a head chain and a pair of Oakleys and they’ll say “He kind of reminds me of somebody…”

A theme of the night was this diplomatic, socialist NXT crowd that insisted on chanting for everybody. It was funny to see fans barking for Bron Breakker instead of chanting for him.

For the first half of this match, I thought Tommaso Ciampa was wearing kinesiology tape. Turns out it was just a snake painted on his skin.

Bron Breaker legit slipped on the rope just as Vic Joseph was talking about how inexperienced he was, so it could have passed as deliberate.