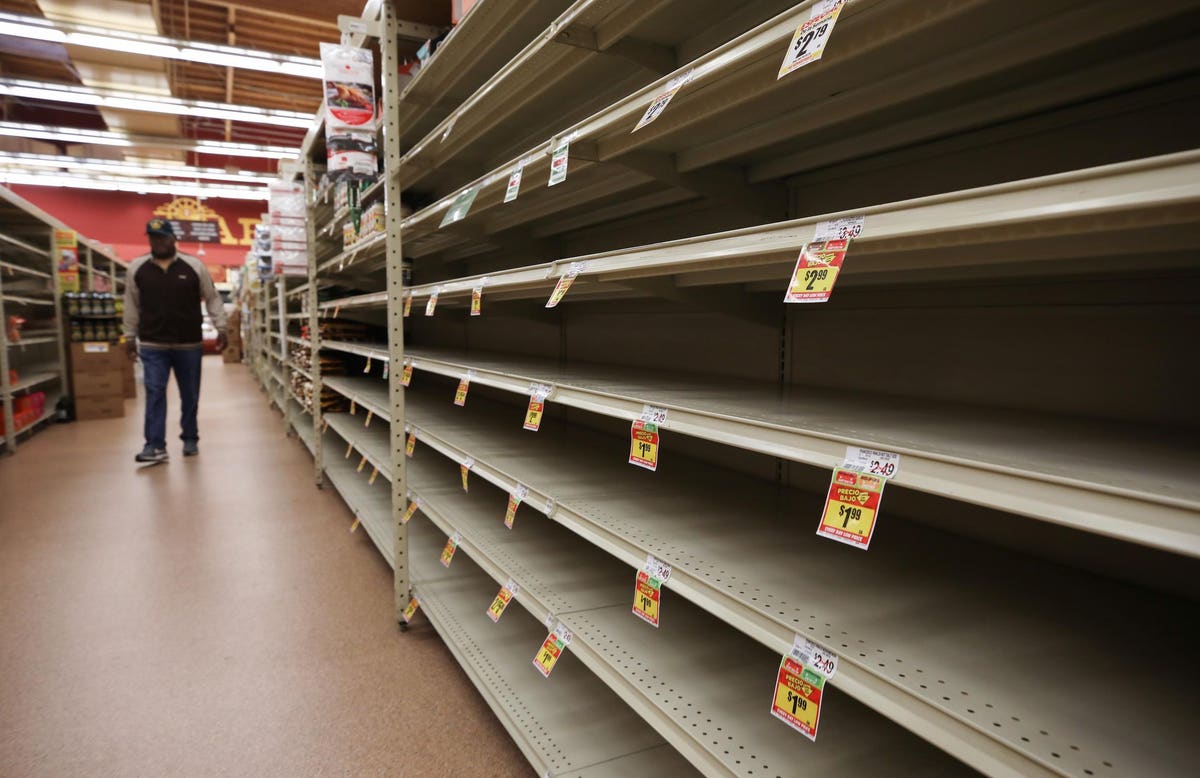 Next time you pick up a 69-cent can of beans, consider what it took to get that can onto the store shelf.

Every can of beans, every bottle of detergent, every bunch of light-green bananas gets to the customer by human hands. And as of late 2021, almost every supermarket in the country could have used a lot more of them.

Nearly 6.3 million retail workers quit their jobs in the first 10 months of 2021, and by the end of October, their employers were still trying to fill 1 million openings. Many of these openings, and perhaps the ones that sting the most, are in the grocery aisle.

People still need to eat, after all, but they are turning to the local supermarket to meet needs other than food. Grocery sales rose 8.3% in December 2021 over December 2020, and a surprising 16.9% over December 2019. Online ordering and automation help cover for some worker shortages – 67% of retailers were offering contactless payment in 2020, and more than half of all consumers use it. Still, consumers – even curbside pickup customers – are going into the stores and they expect workers to be on hand to answer questions, stock inventory and prepare foods.

This has inspired some creative work-arounds, and continued faith in the industry’s ability to flex with the times.

Hand-To-Mouth Solutions That Labor For Time And A Half

Not every worker-shortage fix will work, and some may not be popular with employees. Yet for better or worse, here is how food retailers are trying to get more out of fewer workers:

Finding thrift in short shifts. When compensating for worker shortages, reducing overall hours is low-hanging fruit. Doing so without compromising service, however, requires a valuation of customer traffic at different times of day. Kroger changed the closing times at stores in some markets to 9 p.m. from 10 p.m., an hour during which traffic may drop significantly. Adjusting operating hours among departments could yield greater savings. One east coast chain began closing its deli departments at 5 p.m., up to five hours early, due to workers shortages. But heck, the traffic data may show only a small percentage of total deli sales occur after 5 p.m. anyway.

Cutting cake and other labor-rich products: Like deli departments, a supermarket’s bakery, butcher shop and prepared meals sections require a significant investment in staff to meet shopper demand for convenience. Still, choosing when and where to cut matters a lot. Prepared meals, for example, tend to generate higher margins than overall grocery. Some chains are finding a middle ground by offering slightly fewer options. Stew Leonard’s, an independent chain in Connecticut, is asking its bakers to make fewer varieties of crumb cake, for example.

“Upskilling” workers. More than half of all retailers are planning to add training that is designed to improve their employees’ technology skills, Retail TouchPoints reports. Count supermarkets among them, especially as digital purchasing becomes more of a standard. Artificial intelligence is used to gauge how shoppers interact with products on the shelves, to inform smart shopping carts (at Kroger) and to scan items on the fly at Amazon Go. The more that workers can be hands-on and therefore familiar with these technologies, the more likely they will stay with the employer and improve efficiencies. Bonus: AI also can be used to detect the best-fit job candidates.

Overbooking, temporary fixes and calling in the suits: The managers at Piggly Wiggly stores in Alabama and Georgia are taking the overbooked-airline approach to staffing and overscheduling workers, wagering that a number will call off or not make it in. The chain also is using temporary staffing agencies to ensure people are available to stock its shelves. Meantime, the Pittsburgh-based chain Giant Eagle has been sending staff from its headquarters to help fill in at stores. As a result, it has been able to avoid closing any of its nearly 470 locations.

Reducing break times. Whole Foods has reduced employee break times to 10 minutes from 15 minutes. That may not seem like a lot, but those minutes add up when considering Whole Foods employees 90,00 people and – in many states – each full-time shift includes two paid breaks. So if a store schedules 50 full-time workers for one shift, each of them could work an additional 10 minutes, adding up to 500 minutes, or 8.3 hours, in that shift. This decision isn’t popular with all workers, but Whole Foods told CBS News the policy “will provide the vast majority of team members with more break time throughout their work day.”

Will These Part-Time Solutions Become Permanent?

The real test of these staff-shortage solutions will be how they translate in dollars and cents. If customers remain engaged with their favorite stores and sales rise, any efforts that reduce margin will likely have a longer shelf life. One need only look at the popularity of self-checkout lanes to see that.

Still, shoppers will want to have a variety of crumb cakes, for humans to show them where to find the foot cream and to make late-night runs for diapers, ice cream or both. As always in the high-demand supermarket business, hand-to-mouth fixes will give in to even-handed strategies.

Just as long as there are enough hands to get to the canned-food section.