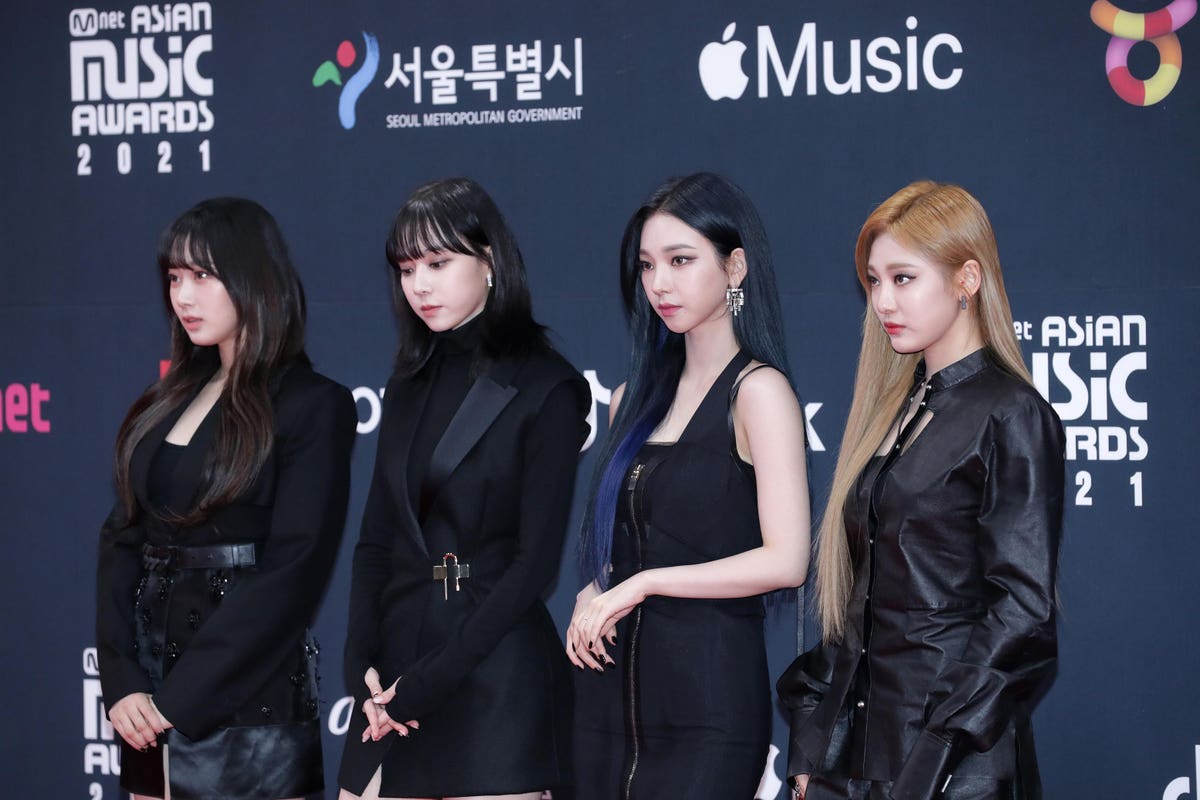 This week’s edition of the Billboard Global 200 chart is flush with new releases and returning favorites, as the list is no longer dominated by Christmas tunes the world can’t stop listening to. Now, dozens of hit singles find their way back to the ranking of the most-consumed tunes all around the planet, and a handful manage to debut, including a cut from one of the hottest girl groups in the K-pop space. With another smash now included in their discography, the band ranks among the most successful ever on Billboard’s relatively new chart.

Aespa debuts their single “Dreams Come True” at No. 197 on the weekly chart, narrowly pushing their recent release onto the tally. The tune marks the fourth from the South Korean girl group to hit the Billboard Global 200, and that’s one of the most impressive totals ever when looking at K-pop acts on the list.

With four Billboard Global 200 hits to their credit, Aespa ties with fellow South Korean girl group Twice for the third-most placements of all time among K-pop stars. Only two names from that field have managed to push more titles to the list, and both are leading by a fairly large margin.

MORE FROM FORBESEnhypen, Seventeen, Twice, Ateez And Aespa: 2021 Was K-Pop’s Biggest Year Ever On The Billboard 200By Hugh McIntyre

Aespa made waves when they broke onto the Billboard Global 200 with their debut single “Black Mamba.” While it only rose as high as No. 138, it was still impressive that the brand new act could appear on the tally at all, and it was a sign that big things were to come from the band.

The quartet reached the next level (pun intended) with the appropriately-titled single “Next Level.” The tune brought the girl group to the upper half of the Billboard Global 200 for the first time, climbing to No. 65. They would push even further with their follow-up smash “Savage,” the lead single and title track from their first collection. That cut peaked at No. 39, becoming their first global top 40 win.

BTS leads all K-pop acts when looking at the artists with the most hits on the Billboard Global 200. The septet has already sent a lucky 13 different tracks to the tally, and more are sure to come. Blackpink comes in second place with 10 hits on the chart, making them the most successful girl group from the K-pop space.