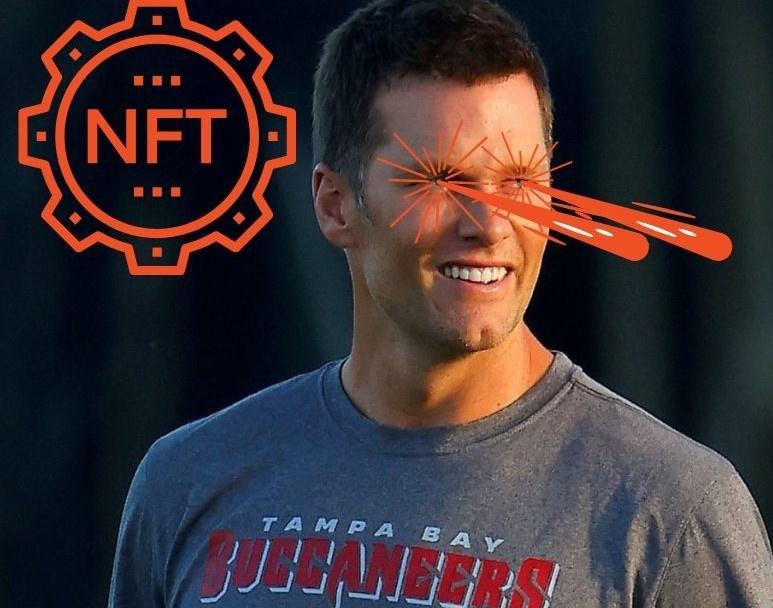 Like the kids say, Tom Brady’s non-fungible token platform, known as Autograph, is going to be straight up fire.

No, it’s not because Naomi Osaka, one of the stars of tennis, joined forces on August 26. (Where’s Tiger?) It’s because it’s Tom Brady, and it’s because NFTs are still a thing after the 40% fall in Bitcoin this spring.

NFTs are the overly aggressive third place finisher in the world of crypto – far behind Bitcoin and Ethereum, not too far behind all the alt-coins. The non-fungibles are here to stay, because Tom Brady said so and whatever he puts out there in this space will be a sell out. Yes, that’s the simple analysis. Tom Brady just sheds a spotlight on a market that’s already growing by the tens of millions per day in trading volume. More investors will become curious.

Autograph launched mid-month on DraftKings, their home base. The platform, which is co-chaired by Brady and internet entrepreneur Richard Rosenblatt, will sell digital sports memorabilia from other athletes as well, including Brady friend Derek Jeter, hockey star Wayne Gretzky and the man who made everyone want a skateboard in the 1980s, Tony Hawk.

“We created Autograph as a way for fans and collectors to own a piece of iconic moments in sports and entertainment through authenticated and official digital collectibles, and we are just getting started,” Brady said.

So this takes NFT to Superbowl crypto level, folks.

“NFT interest is at an all-time high. We don’t track transaction volumes as a whole and no, we do not have funds in NFTs at this time, but we are interested observers,” says Bitwise Asset Management Chief Investment Officer Matthew Hougan. “It’s one small branch of the crypto tree.”

OpenSea, one of the premier NFT marketplaces, did $1 billion in monthly trading volume in August, according to data compiled by The Block.

“You avoid the mistake of thinking about NFTs only as cute digital penguins. That’s a crowded market with established competitors,” Hougan says. “It will be hard to compete, and subject to big boom and bust cycles. If I was a tech startup in this space, I would ignore what’s going on right now with digital collectibles and instead spend my time thinking more fundamentally about NFTs. NFTs are the first widespread applications of one of the key breakthroughs of crypto —- the creation digital property rights. Digital property rights is a huge idea, and the application space is wide open. There is room for multiple billion-dollar companies to be created here. I don’t think people are fully digesting it,” he says.

NFTs have been around for some time, but have jumped into the mainstream this year and faster than just about any aspect of the cryptocurrency and digital asset space.

Trade volume is actually higher now than the early, headline grabbing sales like the $69 million sale of Beeple’s Everydays, the First 5000 Days NFT sold by auctioneer Christies that introduced the broad, non-crypto market to the space. Since then, there’s been an enormous amount of content and educational resources created and pored over as the audience sets out to find the next 5000 Days.

Sales have consistently surpassed $300 million per week across the biggest NFT marketplaces from mid-July through mid-August, and that leaves out a significant amount of development on emerging platforms, says John Wu, President of Ava Labs, a team supporting development of the Avalanche public blockchain.

They are developers who contribute to the code and maintenance of the Avalanche public blockchain, which underpins a wide range of NFTs, including those for Mexico soccer club, Chivas. They are also an enterprise-focused studio that helps household brands enter the NFT space. They’re working with Topps – the famous makers of baseball cards with that hard stick of gum inside — to develop and launch an NFT series for properties like Bazooka Joe and Bundesliga, the German soccer league.

The NBA sells player NFTs on the Flow platform and UEFA (European Football Union) does the same on the Chiliz platform and Socios app.

“Hey, even Eminem has invested in an NFT platform,” says Nuno Fernandes, Co-Founder CEO of Exeedme, a Play2Earn gaming platform, built on top of the blockchain which lets gamers monetize their skills and earn crypto and NFTs. “Practically the entire scene around pop music, film and gaming is looking into NFT technology as a way to produce added value. It is probably more useful to ask who isn’t planning to enter the scene,” Fernandes says.

Exeedme is launching a peer-to-peer NFT Marketplace on August 30 built on the Polygon Network. They are working with Officially Licensed Esports moments, and will be a pioneer in this particular niche. They work with Master League, a tier 1 esports events organizer.

Top-flight athletes like Brady have almost as much expertise in brand development and management as they do talent in their sport. From well-curated public profiles to personal logos and iconography like TB12, many of these athletes are also supported by the best minds in brand marketing. Wu thinks the best brands (iconic names in sports, the arts) will want to affiliate with the best platforms.

If you don’t want to spend $10,000 on a digital Brady audio clip of his first “Let’s go!” Or an autograph of Naomi Osaka over a photo of that historic win against Serena Williams, what to do? How do you get in on this rising market?

Fernandes likes Rarible (RARI), Flow (FLOW), Lukso (LYXE). “These are some of the more professional platforms,” he says.

“Most of the NFT world is being built on Ethereum,” Hougan says. “If you want to participate in the upside from NFTs, you should start by making sure you have exposure to Ethereum. There are other smaller projects as well, but start with ETH.”