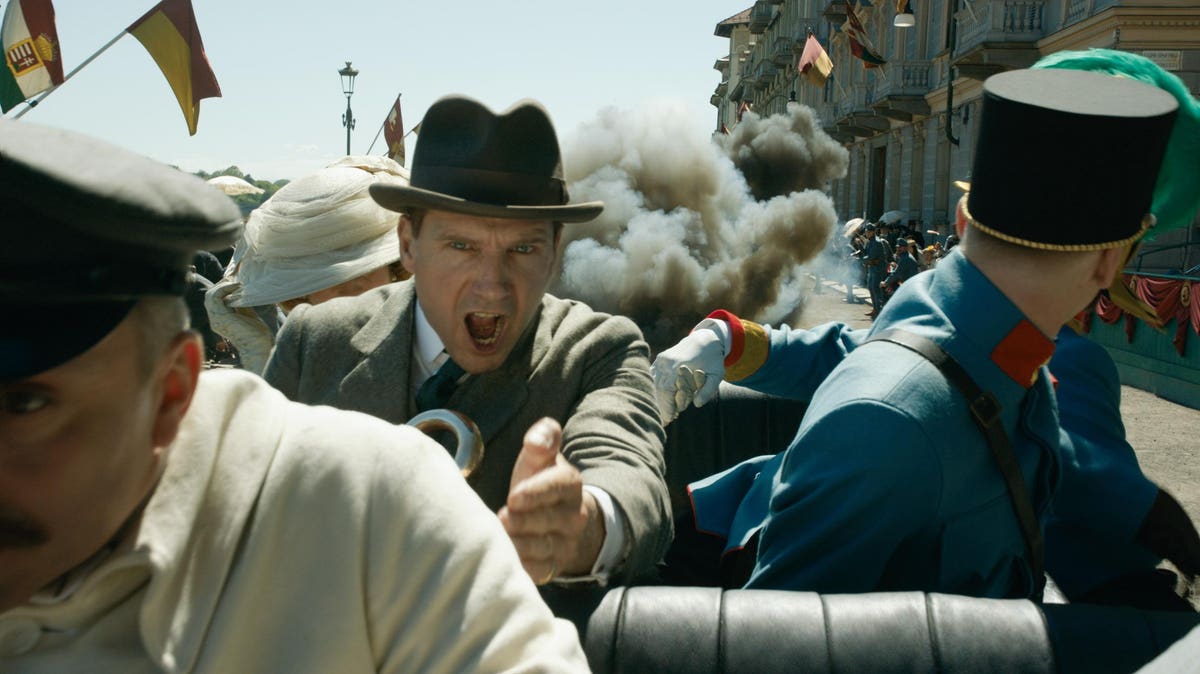 While not as high-profile a miss as Warner Bros.’ The Matrix Resurrections, 20th Century Studios’ The King’s Man has earned even less ($49 million in the first two weeks versus $106 million for Matrix 4) at the worldwide box office. However, the lessons of its failure may be at least as instructive, especially as the demand for recognizable streaming content increases the desire to excessively monetize every remotely successful IP. The lesson of The King’s Man is simple: Just because audiences liked your specific movies doesn’t mean they’ll flock to anything encased within the brand. And the notion of a hit film spawning a successful spin-off is a lot less common than you’d might think, especially if the movie has nothing to offer beyond being a spin-off.

Matthew Vaughn and Jane Goodman’s adaptation of Marc Millar’s Kingsman comic series was a rare example, especially at the time, of a cult/geek-centric property achieving mainstream success. Kingsman: The Secret Service was well-sold to be sure, promising a newbie-friendly experience that boasted Colin Firth as an elder 007-like spy and Taron Egerton as his blue-collar protégé facing off against Samuel L. Jackson as a world-destroying baddie. Whether you knew of the source material or not, an R-rated, hyperviolent, tongue-in-cheek (yet unapologetically political) variation on the prototypical Roger Moore-era James Bond film had at least some built-in appeal. Fox screened the movie early to get the word out, specifically that it wasn’t just for comic nerds. Kingsman would open with $40 million over its Fri-Mon President’s Day weekend debut.

Buoyed by good reviews and buzz, the star+concept “new to you” adaptation grossed $128 million domestic, unusually leggy for a President’s Day release, and$411 million worldwide on an $81 million budget. It could have easily been another situation like Scott Pilgrim Vs. the World, Kick-Ass or Dredd, where geek buzz didn’t translate into mainstream interest. Instead, it remains the last successful comic book franchise not spawned from a Marvel or DC comic. 2.5 years later, Kingsman: The Golden Circle would add Halle Berry, Channing Tatum, Pedro Pascal and (as the baddie) Julianne Moore to the fun. Even while being an inferior sequel (it spent much time undoing a major first-film plot turn), it still earned $100 million domestic and $400 million worldwide on a $104 million budget.

I’m inclined to believe Matthew Vaughn wanted to make an “original” World War I-set spy actioner and used the hook of a Kingman prequel/origin story as a commercial albi. Alas, its inevitable box office failure, and it’s not like The King’s Man was racing to $300 million in non-Covid times, highlights the fact that not every hit movie is a viable franchise. Moreover, not every hit movie which spawns a successful direct sequel is a flexibly monetizable IP. Contrary to popular belief, most rumored/hoped-for spin-offs don’t actually happen, and many of them end up disappointing by overestimating the interest in the initial success. Especially outside of the last several years, the likes of U.S. Marshals, The Scorpion King, Hobbs & Shaw and Ocean’s 8 are pretty rare.

Deadpool was a success ($863 million) because audiences wanted a Deadpool movie and the version was sold as a rollicking good time with or without awareness of the IP. Venom overperformed in 2018 ($854 million) because audiences really did want a Venom film. Birds of Prey ($202 million), Catwoman ($84 million) and Electra ($57 million) all tanked. Even Solo bombed ($394 million on a $275 million budget) despite the Star Wars brand. Puss in Boots and Minions were big hits ($555 million and $1.1 billion), but Penguins of Madagascar earned just $375 million. Hobbs & Shaw ($759 million) starred popular characters in the core Fast Saga movies and was also a mega-budget action movie pitting Dwayne Johnson and Jason Statham against Idris Elba. Conversely, Tokyo Drift ($85 million) almost killed the franchise.

Annabelle and The Nun worked because they were cheap and were appealing R-rated religious-themed horror movies beyond whether audiences cared about the (now $2 billion-grossing) Conjuring Universe. The MCU is now throwing everything at the wall, especially via Disney+ shows, but the domestic failure of Eternals ($164 million) shows even the Marvel brand has limits. The Mandalorian was a big hit partially because it was the first big Star Wars television show, and Grogu became a marquee character. We’ll see how long the notion of a Disney+ Star Wars show (especially one not centered on legacy characters) remains an event. The Broccolis have thus far been smart enough to realize that a successful James Bond franchise doesn’t mean they should make a Felix Leiter series too.

Just because they liked your movie doesn’t mean they want a dozen different variations of that movie with different characters in different time periods. Just because audiences enjoyed seeing Colin Firth and Taron Egerton in a present-tense, hyperviolent, rude and scandalous action comedy doesn’t mean they so relished the abstract Kingsman IP to the point of desiring a Ralph Fiennes-starring prequel origin story. The entire commercial hook was that it was just a movie that happened to exist in the same continuity of other films you liked. If you weren’t already intrigued by the mere notion of a disconnected Kingsman movie, The King’s Man had nothing to sell you. That didn’t work for Solo: A Star Wars Story. It certainly wasn’t going to work for The King’s Man.