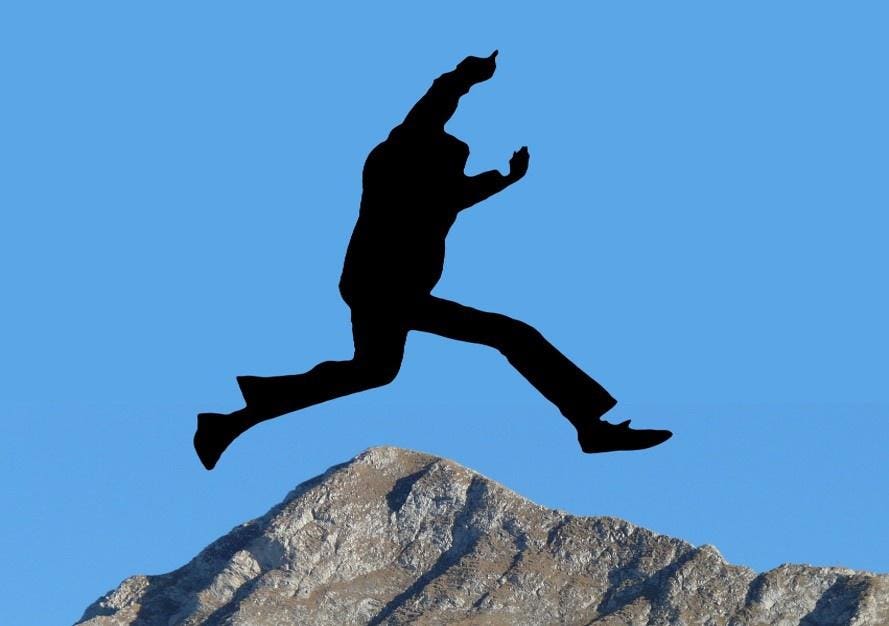 While the customer is obviously central to strategic innovation, understanding and mastering the institutional context is also a key ingredient for achieving rapid and spectacular success in those extraordinary innovations that create new businesses and bring in fresh customers.

All too often, would-be innovators focus so much on the customer’s need and how it can be met in a unique way that they lose sight of the necessity to ensure the right fit within the organization that has to launch the innovation.

The High-Level Hurdles To Be Overcome

This would be less of an such issue if all organizations were strenuously committed to generating strategic innovation, as at Amazon. Today, in most big firms, the situation is usually quite mixed, despite the prevailing necessity of innovate:

·       The C-suite may be so involved in administering the existing business as it is, so that they have no time, expertise, inclination, or financial incentive, to tackle strategic innovation.

·       The board of directors may also be encouraging the C-suite to maintain the status quo.

·       The C-suite may be divided, with some being aware of the necessity of strategic innovation, while others are intent on sticking to the status quo.

·       The C-suite, or parts of it, may be opposed to a particular innovation under consideration; saying, , “We tried that, and it didn’t work!” or “That will never work!”

·       The innovation function may be assigned to a group or unit below the C-suite, which lacks authority to make decisions that need to be made.

·       The firm may have no process or responsibility for addressing strategic innovation, so that innovation champions are operating in a kind of innovation wild west.

The Example Of Spotify

In some cases, a game-changing innovation has been achieved without initial management support—even in contravention of instructions.

For example, in 2015 at Spotify, a small team believed that they had a solution to the central problem of Spotify’s customers: wasting their time trying to find music they would like, rather than actually listening to music they loved. They couldn’t find what they wanted amid the 20 million songs that Spotify had available.

Customers demanded a better search capability and top management had assigned around 100 staff to create it. The small team felt they had a better idea: developing personalized weekly playlists of music to each of Spotify’s millions of users, so that the songs—selected to each individual’s fluctuating taste—would come to each listener, each week without effort on their part. The team was told to stop wasting time on the idea which, management said, would never work.

The team however persisted and secretly developed a prototype of what eventually became known as Discover Weekly. The team found a way to share it with Spotify’s own staff, by inserting their playlist into the staffs’ own set of playlists. The staff thus encountered the new playlist by accident, tried it, loved it, and in due course prevailed on top management to back it in place of the top management push to improve search. This proved to be a game-changer for Spotify and paved the way for its successful IPO.

The team was successful in part because it mastered the institutional context at Spotify. Rather than trying to have their innovation accepted through the regular management channels, the team won support from other staff, who lobbied for change. Attention to the context for innovation was a key element in the game-changing success.

The Case Of The World Bank

Similarly, in 1996 at the World Bank, when consideration was being given an important strategic innovation—a shift in which the Bank would share its knowledge with clients, in addition to lending money—the C-suite repeatedly told staff to stop wasting time on the idea.

However, because the idea made ultimate sense for the World Bank’s mission, informal discussion continued with many staff and upper-middle level managers as to how the idea might be implemented. Eventually, one senior manager obtained access to the new World Bank president, who embraced the idea at once and work on it began right away.

The idea quickly became a central strategic thrust for the World Bank, over the objections of most of the C-suite at the time. Here too, the regular management channels had been blocked. The eventual success required careful attention to the divisive context among the senior management at the time and to finding ways to work below it, around it, and eventually over it.

The World Bank in 1996 was a case where the new president was intent on innovation, and was actively looking for bold new ideas. By contrast, the senior managers in the layer below the president were long-time World-Bank-staffers who were intent not only on preserving things the way they were but also on preventing big mew ideas ever reaching the president. Knowledge sharing was a new idea at the time—precisely the kind of idea that the new president was looking for. The problem was how to get it to him.

The answer lay in having someone whom the new president trusted explain the idea to him without involving the rest of the C-suite. Bingo! The sale was made in a matter of minutes. A few days later, the finance ministers of the world were hearing from the World Bank president that knowledge sharing was a key new World Bank strategy. The other C-suite members were stunned. But it was too late. The World Bank was now committed to sharing its knowledge with the world. Four years later, it was being bench-marked by the Teleos Leadership Institute as a world leader in knowledge management.

Interestingly, if the World Bank president at the time had been his predecessor, the options for strategic innovation would have been radically different. His predecessor was the opposite of the president in 1996. He was cautious, careful, proceeding in tiny steps, mindful to follow what others had done, and accepting only ideas that had already been tested. If he had received the bold proposal that was later embraced by his successor, he would certainly have rejected it. Instead, he would need to have received a modest pilot project, drawing attention to other firms that already successfully implemented the idea. It would have been limited to internal knowledge sharing because that was all that other firms had done till then. That would have been a starting point towards inducing his support for the bold approach, once he was comfortable with the idea.

By contrast, the president in 1996 was attracted to the idea precisely because it was bold and had never been done by any organization with external knowledge sharing before.

In other words, the particular institutional context at the time had a huge substantive impact on the nature of the innovation that could be put forward and successfully implemented.

The Importance of Institutional Context

Thus, a necessary condition for success in strategic innovation is that the innovation must be suited to the particular institutional context for innovation at that moment in time. Without a mastery of that context, many worthwhile innovations will fail to win the institutional support that they deserve and never see the light of day.

The Four Keys You Need For Strategic Agility

Beyond Operational Agile: The Holy Grail of Strategic Agility