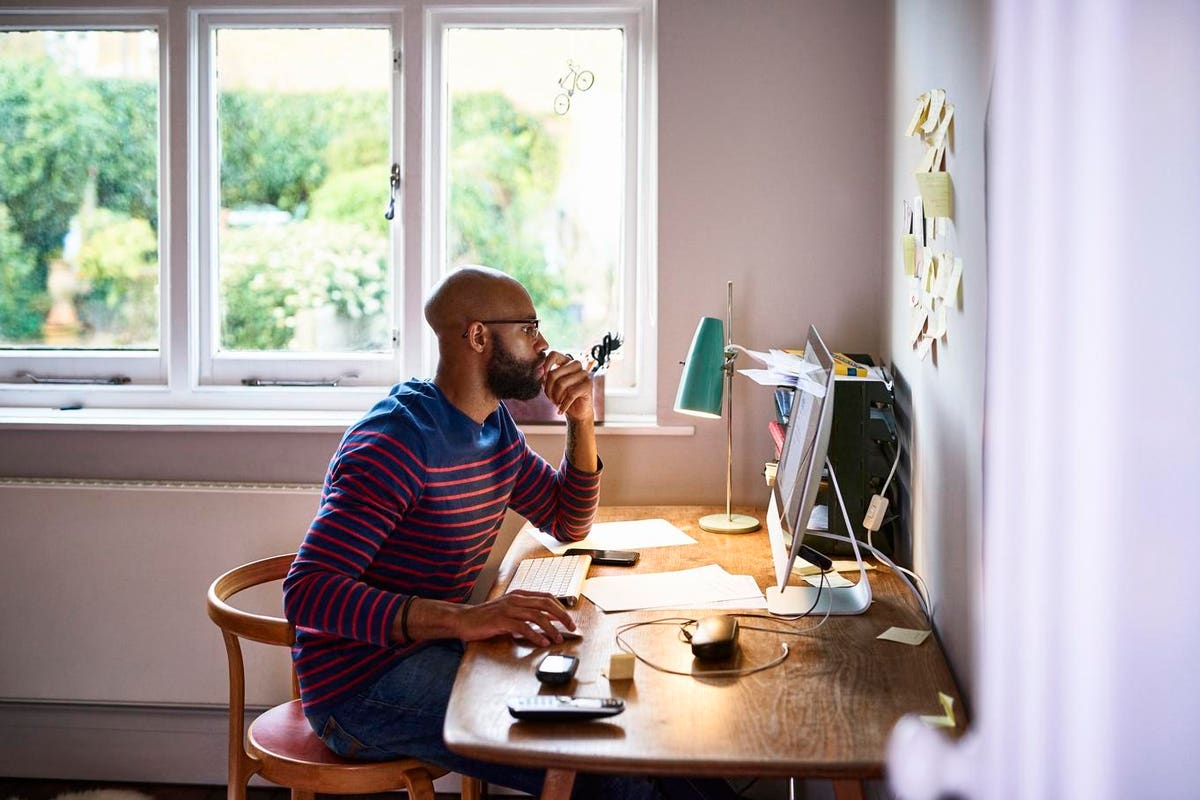 By Mark Ray, Next Avenue

If you hate Zoom meetings, imagine how Heidi Carles, 56, of Bernville, Pa., feels. Carles, an auction lead, cataloger and photographer for an online auction company, has hearing loss, which makes videoconferencing challenging at best.

Early in the pandemic, Carles often struggled during calls that included dozens of co-workers. Between the crosstalk and background noise, she found them exhausting and frustrating.

“I would look at all these people and try to understand where all the voices were, who was talking and anticipate who was going to talk next,” Carles says.

The faces on the screen were too small to let her read lips and there was no live captioning she could follow. Her employer offered to provide an American Sign Language interpreter, but Carles, diagnosed with hearing loss when entering kindergarten, can only sign the alphabet.

Her struggles are not unique.

Woes for Workers With Hearing Difficulties

As the pandemic forced a shift to remote working, many of the 13% of American adults who have hearing difficulties found themselves cut off from colleagues during calls on Zoom, Microsoft Teams and other virtual platforms.

Besides having trouble with lip reading, people with hearing loss rely more on nonverbal information than their peers, says audiologist Beth Humphrey, an associate professor at the University of Tennessee and chair of the special interest group on auditory rehabilitation for the American Speech-Language-Hearing Association (ASHA).

They can miss visual clues, such as when a colleague is about to speak, and fall behind.

“There’s a lot to be said for in-person communication — reading body language,” Humphrey says. “I think people who have hearing loss often rely on visual aspects of communication to know how to respond and pause to take their turn and just have that broad, full-sensory, good conversation.”

Fortunately, there are ways to make remote work be more effective for people with hearing issues.

Carles’ situation improved somewhat as platforms like Zoom added captioning during Covid-19 and as meeting facilitators began muting participants by default, cutting down on the crosstalking and distracting background sounds like barking dogs.

“With a FaceTime call, I can see you,” she says. “Your voice is directly Bluetoothed to my hearing aid and everything is amplified.”

How Videoconferencing Can Work Best

Joe Duarte, co-CEO of Buena Park, Calif.-based InnoCaption and whose hearing loss was diagnosed at age 4, faced many of the same challenges as Carles early in the pandemic. But Duarte, who is in his 60s, thinks videoconferencing can work well for those with hearing loss when captioning is available and meeting size is controlled.

“For me, the ideal is to have a few faces and put them on a grid and be able to see everybody,” he says. “And I want the captions to be movable, so I can move them under the face of the person. So far, I only know one platform that can do that, which is Zoom.”

Not surprisingly, however, the quality of those captions can vary widely, depending on sound quality and speakers’ accents.

“With my accent, only fifty percent is captioned properly,” Duarte says. “Anytime I do a meeting with people with a hearing loss — it’s not just me but a few others as well — our speech patterns are not ideal for automatic speech recognition.”

That’s one reason a deaf organization whose board Duarte serves on has suspended meetings until they can meet in person.

Duarte doesn’t just use assistive technology. Through his company, he offers it to others like him. It’s a provider of what’s known as an Internet-Based Telecommunications Relay Service (TRS), a category including everything from traditional TTY (teletypewriter) relay services where live communication assistants act as go-betweens to video services for people who sign.

Under Title IV of 1990’s Americans with Disabilities Act, the Federal Communications Commission pays for TRS, making products from providers like InnoCaption free to users.

“We are one of the few countries in the world that has a government that actually cares about accessibility for its citizens,” Duarte says. “You’re not going to find many countries out there that have what we have as far as providing captioning in the telephone for people with a hearing loss.”

TRS offerings are primarily for phone calls. However, since videoconferencing services typically offer dial-in options, users may be able to dial in and see captions on their phones.

How Employers Can Help Workers With Hearing Loss

Ultimately, though, what matters most to hard-of-hearing people may not be how the technology works but what employers do, says Beth Humphrey from ASHA.

That means ensuring employees have the equipment they need, whether that’s a clear internet connection or noise-cancelling headphones. Then, employers need to set ground rules for virtual meetings, remembering the importance of lip reading and body language.

“The meeting leader can set the stage in making sure everybody is aware that they need to have their mics muted unless they’re speaking or asked to speak and that they have their cameras on,” Humphrey says.

Captioning and recording also should be enabled for meetings.

“Having a recording for later viewing might be helpful for the person with hearing loss, just in case they did miss bits and pieces,” Humphrey says.

(ASHA offers more tips for facilitators and people with hearing loss on its website.)

Humphrey also encourages remote workers with hearing loss to speak up, especially since telework won’t go away even as pandemic restrictions wind down.

“It goes back to self-advocacy,” Humphrey says. “The person with hearing loss knows better than anybody else the basics of what they need.”

Carles agrees. But, she adds, “There are a lot of people in my situation that are not comfortable speaking up.”