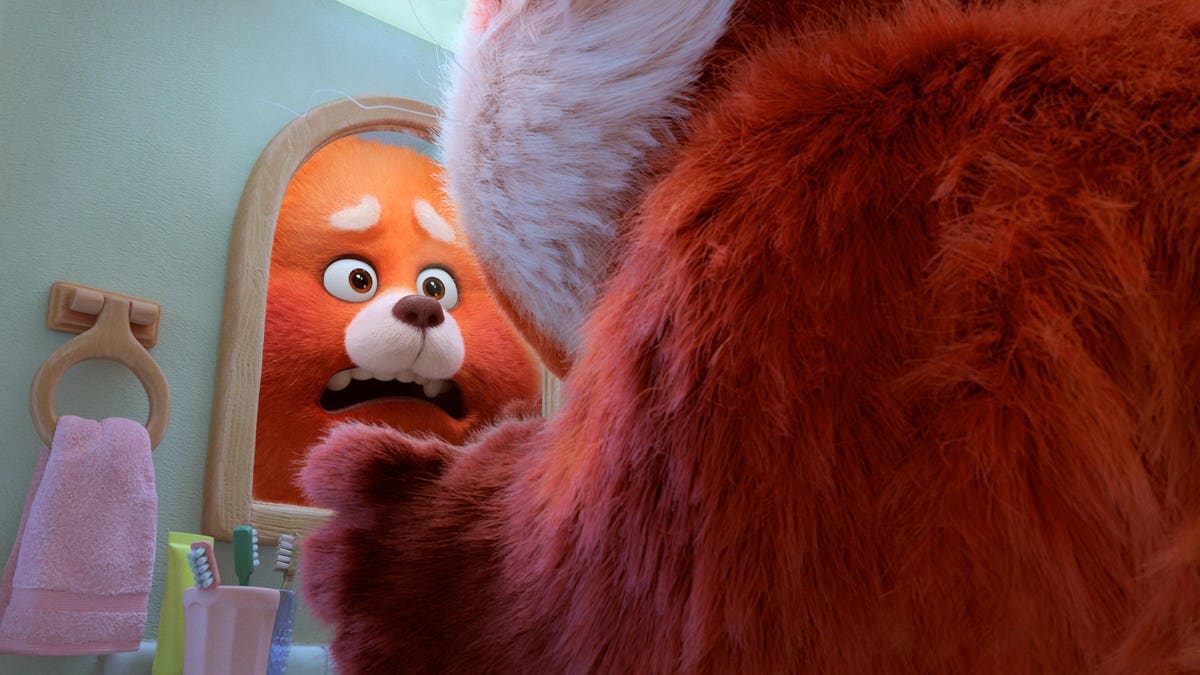 Alas, as frankly feared since the underwhelming Encanto box office grosses over Thanksgiving weekend, Pixar’s Turning Red will not be getting a theatrical release. In territories (including North America), where Disney+ is available, Domee Shi’s original animated feature will skip theaters for a streaming debut. The date won’t change, it’ll still be March 11, 2022. This is the third straight Pixar original to go this route, with Soul debuting on the service on Christmas Day 2020 and Luca debuting online on June 18.

To be fair, Encanto barely cracked $200 million worldwide over its global theatrical release, well below the $500-$800 million likes of Ralph Breaks the Internet, Moana and Coco in years past. Pixar’s crowd-pleasing Luca was a regular staple among the most-watched movies list offered up by Nielsen for the entire back half of 2021. Encanto debuted on Disney+ following a mere 31 day window on December 24, and it’s very clear (both in terms of online chatter and in terms of Encanto’s songs becoming “viral”) that folks were waiting until the big-budget theatrical musical was available “for free” on the platform before watching it.

Shang-Chi and the Legend of the Ten Rings earned $430 million worldwide in September/October and still nabbed 1.072 billion minutes on its “opening weekend” on Disney+ on the weekend of November 12. The grim truth is that when you condition your consumers to expect something for free, almost immediately after it is initially available at a premium, plenty of general audiences who don’t need to see the latest movie “right now” will wait until it costs nothing. That’s the big danger with the shrinking theatrical windows and day-and-date release strategies.

We’re talking about big-budget films that need large global box office returns to justify themselves, both in terms of raw rate-of-return and in setting higher payouts for talent participants and post-theatrical pay-tv deals. But what Hollywood has done is potentially conditioned general audiences to expect to see these very expensive films for absolutely nothing. Sure, right now there’s perceived value (especially in terms of Wall Street prioritizing streaming revenue) in essentially giving away these $150-$200 million movies as a loss leader. But that’s not a permanent solution to pandemic-specific circumstances.

If there no longer exists the conventional means to recoup the investment or the potential for a theatrical windfall, well, why spend $200 million on Mulan when you can spend $60 million on Lady and the Tramp? I don’t entirely blame Disney for looking at the viewership for Luca and the box office for Encanto and proceeding accordingly. Alas, many of these “sent to streaming” or “sent to perish” Disney titles (Soul, Raya and the Last Dragon, Luca, Encanto, Turning Red, etc.) were original and/or diverse big-scale toons, while the first Pixar theatrical in 2.5 years may end up being Chris Evans’ Lightyear.