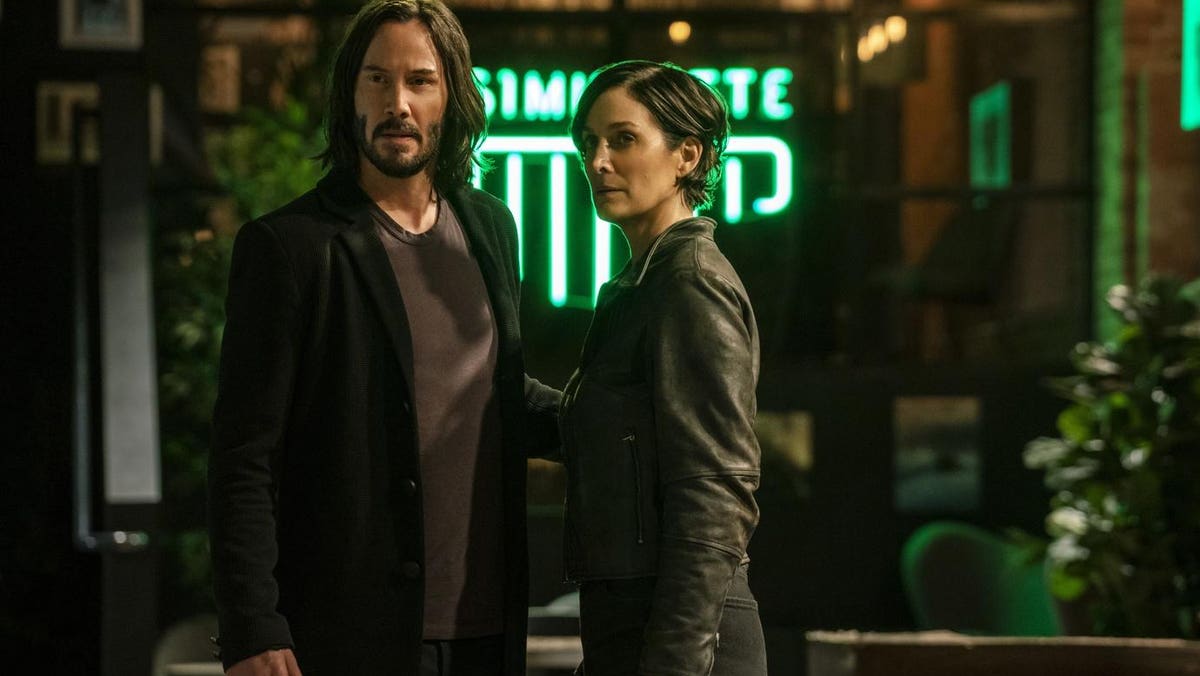 The Matrix Resurrections opened in China yesterday with a deeply underwhelming $2.7 million. That positions the sci-fi sequel for an over/under $7 million opening weekend and, unless word of mouth is so damn good that it pulls a Soul, a final total under $20 million. Look, I have little interest in further picking on the ambitious but commercially doomed legacy sequel. The Keanu Reeves/Carrie Anne-Moss actioner will end up with less domestically than The Matrix earned over its Wed-Sun debut weekend and less than The Matrix Reloaded earned on its first day, and that’s a tragedy. I don’t believe HBO Max availability did that much damage to the theatrical earnings, but I also think if it was a 104% success across the board than AT&T wouldn’t be reverting to a 45-day theatrical window.

The big picture takeaway is that Hollywood can no longer depend on China to boost its theatrical tentpoles. Granted, it has mostly been this way since the start, with too many in and outside the industry mistaking singular performances ($205 million for Avatar, $300 million for Transformers: Age of Extinction, $393 million for Fate of the Furious, etc.) as an industry-wide trend. The Hollywood movies that broke out big (or even “bigger”) in China were (mostly) the ones that were domestic and overseas successes. It’s not like the $60 million that Star Trek Beyond earned in China was enough to turn the $338 million-grossing sequel into a hit. Even the few Hollywood flicks that were “rescued” by China (X-Men: Apocalypse, Pacific Rim, Terminator: Genisys, etc.) often produced sequels that underperformed worldwide and/or in China.

China has been an inflationary market. By that I mean Hollywood generally only gets 25% of the ticket sale (versus around 50% elsewhere), but strong business for strong global franchises has somewhat artificially inflated the global grosses of already successful films. Yes, Aquaman needed the $298 million in China (a record for a solo superhero movie) to get to $1.148 billion in 2018/2019, but $850 million would have been fine for the well-received and leggy $165 million DC Films flick. The only Transformers movie that “needed” China was, ironically, the kinder, gentler, kid-friendly, female-led Bumblebee spin-off/prequel which grossed $171 million of its $468 million total in China. The only MCU franchise “saved” by China is the Ant-Man series ($105 million out of $519 million in 2015 and $125 million/$619 million in 2018).

There are a few exceptions, such as Godzilla Vs. Kong ($188 million/$468 million on a $165 million budget in 2021) or xXx: Return of Xander Cage ($154 million/$385 million/$85 million in 2017) where big movies got a massive, face-saving boost from the territory in question. However, as we saw in 2018 and 2019, Chinese moviegoers comparatively gravitated to the MCU franchise (Spider-Man: No Way Home and Avengers: Endgame both jumped 71% over their respective predecessors) over most other Hollywood franchises. There are still perennial favorites, like the MonsterVerse, The Fast Saga and Avatar (a 2021 reissue added another $55 million to the film’s $2.8 billion cume), but the grosses for early-2019 offerings like Detective Pikachu ($93 million) and Alita: Battle Angel ($113 million) were not large enough to anoint them as unqualified mega-hits.

One question heading into 2020, which never got answered due to Covid, was whether China’s preference for the DC and Marvel movies (including Captain Marvel earning $154 million and Venom grossing $269 million) would continue to the detriment of other “counting on China” franchises. The world’s theaters shut down and then China’s started reopening in late July 2020, with local biggies like My People, My Homeland and The Eight Hundred soaring to $400 million-plus grosses just inside China. China making their own blockbusters has been a looming storm for a decade, with Journey to the West ($205 million in 2013), Monster Hunt ($385 million in 2015), The Mermaid ($556 million in 2016), Wolf Warrior II ($854 million in 2017) and The Battle at Lake Changjin ($905 million in 2021) pulling massive in-China grosses.

The more prevalent China’s homegrown industry gets, the less moviegoers will need Hollywood tentpoles. As such, even when Hollywood movies returned to China, the results were… mixed at best. 1917 and Dolittle earned $9-$19 million while the likes of Bad Boys for Life and Sonic the Hedgehog earned over/under $3 million. Concurrently, reissues of Interstellar and Harry Potter and the Sorcerer’s Stone earned over/under $20 million in respective grosses. Chris Nolan’s Tenet earned $66 million, on par with Inception ($68 million in 2010) but Wonder Woman 1984 earned 28% of Wonder Woman’s $90.5 million cume. Soul and The Croods: A New Age both cracked $50 million in late 2020, but Mulan (which to be fair, was initially pre-Covid counting on China as a bonus rather than a key market) grossed just $41 million.

In all of 2021, only Free Guy ($95 million), F9 ($203 million) and Godzilla Vs. Kong ($188 million) passed even Tenet’s pre-vaccine cume. Black Widow, Shang-Chi and Eternals didn’t play there, while we don’t yet know if Venom: Let There Be Carnage or Spider-Man: No Way Home will open there. Venom 2 earned $505 million on a $110 million budget without China, and Spider-Man 3 version 2.0 has earned $675 million domestic and $1.55 billion worldwide. No Time to Die, which earned a solid $64 million (between Skyfall’s $61 million and Spectre’s $83 million gross), earned just 8.3% of its $774 million global cume in China. MCU movies wouldn’t normally have viewed China as a do-or-die marketplace, but Sony’s non-MCU movies (and James Bond) showed that they didn’t need the territory anyway.

The soft China opening of the already mostly ignored Matrix Resurrections is not a surprise. What bombs in America usually doesn’t magically become a smash in China, save for maybe Resident Evil: The Final Chapter ($159 million out of $312 million on a $40 million budget in 2017). Even Warcraft was super-frontloaded in China, earning $219 million total after a $90 million Wed/Thurs gross in 2016. Matrix 4 is the latest big-budget film that was greenlit pre-Covid with the expectation of healthy Chinese grosses. Ready Player One earned $219 million out of $580 million there in 2018. It will be interesting to see what happens with the Covid-delayed biggies (Top Gun: Maverick, Jurassic World: Dominion, the DC/Marvel movies, etc.) which were treating China as an expected side dish if not a main course.

China will still show up for The Fast Saga and the MonsterVerse movies, and I imagine the MCU will eventually return. If No Time to Die can pull business-as-usual grosses in 2021, I wouldn’t be that concerned for Mission: Impossible 7 later this year (Fallout earned $137 million in 2018). Old-school star vehicles like The Lost City of D and Bullet Train may have an even harder time then they would have pre-Covid, and James Cameron’s Avatar 2 could find itself with an even easier path to become the year’s biggest global grosser. It could be, emphasis on “could,” the only Hollywood biggie of 2022 to play in China like a pre-Covid Hollywood tentpole. Because of Avatar 2 can’t hit paydirt in China, then it’s time for Hollywood to really stop trying.