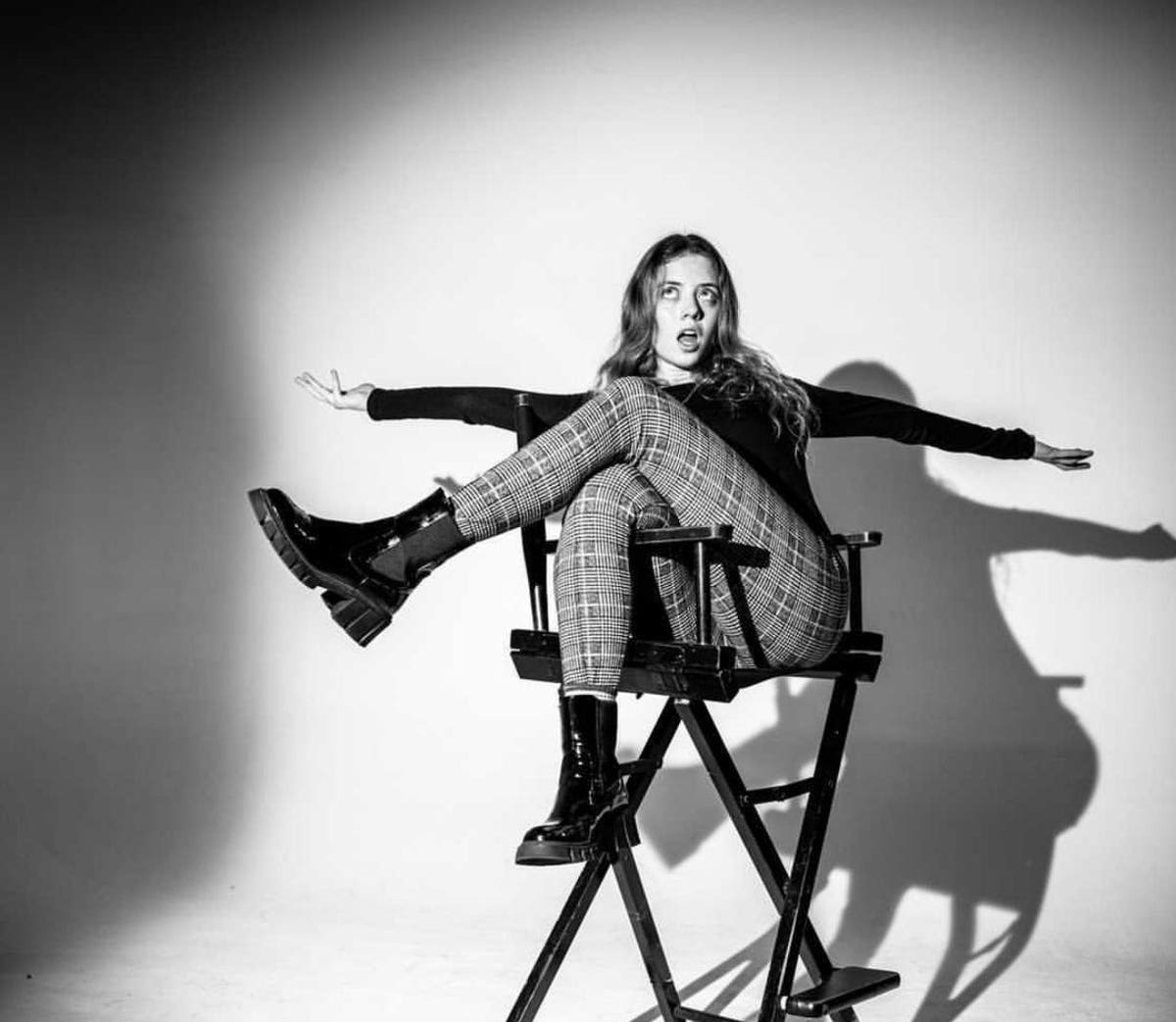 Talia Lifschutz wants to upend our notion of what it means to have a significant following on social media.

Chatting with Forbes Entertainment over Zoom, she brings up the term “micro-influencer,” which she defines as “someone who would be under 500k [followers] but has a lot of influence to the point where it’s like, ‘Why don’t you have that many followers?’ … You could look on accounts that have a couple thousand followers, but their videos are popping off. And then you see these big accounts and they’re dead.”

Talia prefers “micro-influencers” to the Kylie Jenners of the world because those massive influencers don’t “appeal to the everyday person,” she says. “If Kylie Jenner is promoting a skin care product, I’m just gonna assume it’s expensive and probably doesn’t work because she’s getting paid. But if I see everyday people promoting products, I love that so much more.”

Currently finishing up her senior year as a music industry student at Hofstra University in New York, the 22-year-old Lifschutz lives a double life as a “social media personality pop culture/comedy commentator,” according to her website.

Like many individuals over the last year-and-a-half, she found her calling on a little video app known as TikTok. “I was always creative and I write comedy and stuff,” she adds. “I always try to make it big on platforms. Instagram is not exactly the most creative platform. I was on Vine and my account flopped. I was just losing hope and then COVID happened and TikTok came around. I’m like, ‘I’m gonna try it one more time before I move on to something else.’”

That last-ditch effort paid off, though not without some difficultly. “At first, I was very discouraged,” Lifschutz admits. “I wasn’t getting enough views or anything and then one of my videos got a couple thousand views. Not that much, but significantly more than my other videos so I’m like, ‘Ok, maybe I can just keep going off this.’ I proceeded to make more videos in that niche and my account grew.”

Her TikTok account (@yotalia) currently boasts over 134,000 followers and more than 10 million likes. This steady rise to notoriety on the platform, which averages a billion users every single month, nabbed Talia her very own page on FamousBirthdays.com.

“I like to break boundaries,” Lifschutz continues. “I like to do things that are a little different than what most people [do]. I like to get attention in different ways. If I can’t become famous from singing, dancing, and acting, then I’m gonna do it through this other weird path that I’m gonna start creating … That’s what I’m good at. I’m good at getting people’s attention. That’s my talent.”

Relying on her “unique sense of humor” and “really weird personality,” Talia started looking for ways to monetize her content without having to be reliant on TikTok’s Creator Fund. “I wanted start profiting and the Creator Fund is not exactly the way to profit,” she says. “In fact, it just hurts your views if anything.”

She eventually discovered Ani, an energy drink company founded by fellow TikTokers, Bryce Hall and Josh Richards, that promises “an awesome taste and a simple formulation for energy and focus — not one that would carpet bomb our brains with caffeine and other additives.”

Without being asked, Talia began to promote the drink on her channel simply because she enjoyed drinking it. “I made a crap-ton of free promo content for them and a lot of it ended up going pretty viral to the point where they noticed me and gave me a summer internship. And now, I still do ambassadorship for them. Because of Ani, I am now exploring future jobs. Not just the music business, it’s opened me up into the general entertainment realm and branding and marketing.”

Talia’s road-less-traveled philosophy also led her to a pseudo-partnership with Sillybandz, a brand of differently-shaped silicone bracelets that were incredibly popular in the early 2010s before the fad fizzled out. According to Talia, however, Sillybandz are trying to stage a comeback by appealing to TikTok creators.

“In a lot of my viral content I happened to be wearing Sillybandz,” Lifschutz explains. “They even sent me a PR package and I used that to my advantage. I brought some Sillybandz to the VMAs red carpet [last month] and those videos are still going viral. I gave them to many different stars like Little Huddy, BIA, Olivia Rodrigo, Camilla Cabello, Dove Cameron. It was crazy.”

Talia explains that her creative niche is all about “stuff that makes you feel good,” a modus operandi that prompted Cloudy (whose stress-relief products include a melatonin-based vaping pen) to offer up a brand deal.

“I started a series called ‘Do They Vape?’, where I take shows like iCarly, Victorious, Drake & Josh, and now I’m doing Squid Game,” she continues. “I take the characters and I [ask] ‘Do they vape?’ I just make up these narratives around these characters. It took off right away. The first video has 2 million views. Because of that, Cloudy reached out to me because I’m not gonna be promoting nicotine … This is a safe alternative, so they’re just paying me money to throw it in there for a couple seconds … I only promote things based on my morals and what I actually like.”

Despite her growing social media presence, Lifschutz isn’t preoccupied with trying to measure any amount of success just yet. Right now, she’s focused on bringing joy to her followers via relatable content.

“Since people definitely like my content, I want to make people happy,” she concludes. “It’s not only for me, it’s for them, too, and I’d be pretty disappointed if my favorite creators stopped creating. So, I’m gonna keep going and see where it takes me. I might not grow at all and I might become huge … I live a very unpredictable life. I don’t like prediction, it’s boring. Tomorrow I could be on the move. Who knows?”