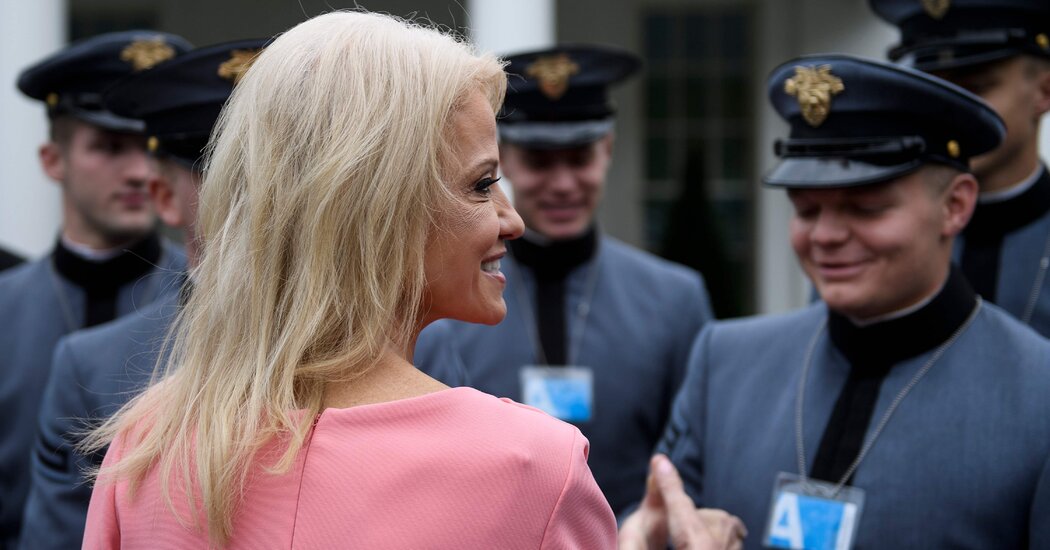 The Biden administration was seeking to ensure that nominees and board members were “qualified to serve on them” and “aligned” with the president’s values, Jen Psaki, the White House press secretary, said at a White House briefing. Chris Meagher, a White House spokesman, later confirmed that all of the appointees “either resigned or has been terminated from their position.”

Several of them posted screenshots on social media of the letters they said they had received from the White House on Wednesday requesting that they resign by 6 p.m. or be removed from their positions.

Ms. Conway, one of Mr. Trump’s most prominent White House aides, wrote a letter refusing to resign from her advisory position at the Air Force Academy.

“President Biden, I’m not resigning, but you should,” she wrote on Twitter, with an image of her letter.

“Three former directors of presidential personnel inform me that this request is a break from presidential norms,” Ms. Conway wrote in the letter, which was addressed to Mr. Biden. “It certainly seems petty and political, if not personal.”

Other Trump appointees were similarly defiant. Mr. Vought also declined to resign as a member of the Board of Visitors to the U.S. Naval Academy, noting on Twitter that members serve three-year terms. He was appointed to the board in December.

Mr. Spicer said on his show on Newsmax, the conservative news media outlet, that he would not resign from his advisory position at the Naval Academy, and that he was joining a lawsuit with other appointees to contest his removal.

The Biden administration in February suspended dozens of Pentagon advisory boards and purged several hundred officials who were hastily appointed in the final days of the Trump administration.

Mr. Spicer suggested that the Biden administration was removing him and the other Trump appointees so that it could “inject liberal ideology” into the schools’ curriculums without pushback from the advisory boards.

During the White House briefing, Ms. Psaki took issue with any suggestion that the administration’s efforts risked politicizing the advisory board positions.

“I will let others evaluate whether they think Kellyanne Conway and Sean Spicer and others were qualified or not political to serve on these boards,” she said. “But the president’s qualification requirements are not your party registration. They are whether you’re qualified to serve and whether you’re aligned with the values of this administration.”