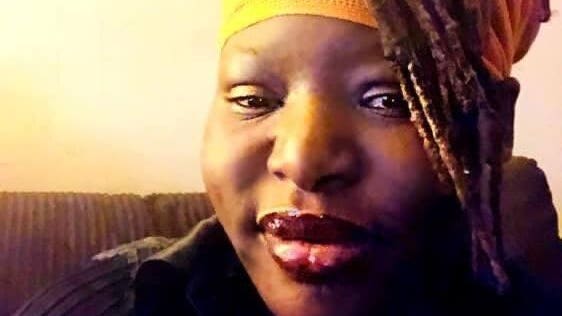 According to the National Institute of Diabetes and Digestive and Kidney Disease, more than 661,000 Americans have kidney failure. 468,000 of those people are on dialysis.

It’s hard enough dealing with the physical and emotional impact of undergoing grueling dialysis, four hours a day, several times a week. Then, on top of all that, imagine if you couldn’t regularly get treatment simply because you don’t have a way to get to and from appointments. Studies often show that transportation is one of the key factors preventing people in low income areas from receiving adequate care.

“In America, countless dialysis patients have missed treatment due to lack of transportation,” says Niesha Neal, an Indianapolis native who has been living with kidney failure since 2015 and waited for years on the National Organ Donor List. “I have been one of those individuals.”

In 2018, when the state of Indiana privatized the transportation of Medicaid patients to essential services like dialysis, many people missed their appointments. During 18 months of dialysis, on 20 different occasions, Neal was either never picked up or left stranded at her appointment. She felt ignored by the system. That her elected officials weren’t fighting for her and other patients.

“There needs to be accountability to medical transportation providers that negligently cause this to happen,” says Neal who is a mother of two sons. “They need to understand that when a dialysis session is missed, the body builds up toxins. Our kidneys no longer work to remove toxins and fluid build-up. Each treatment missed, brings us closer to “am I next to go?””

Refusing to let this slide, Neal is doing all she can to help create awareness and change, writing letters and lobbying her elected officials. “She became an advocate not only for herself, but for all the others who are affected by this Medicaid mismanagement,” shares Rachael Himsel, the founder and editor of the website WomenWithGuts.com.

A fierce advocate for dialysis patients, in 2019 Neal became a member of the medical review board with IPRO’s End-Stage Renal Disease (ESRD) Network Program in the Ohio River Valley. She was determined to help amplify the voices of patients who “become warriors,” as she describes them.

“When you are on dialysis you experience a lot of downfalls and deal with uncertainties and unknowns. You become a part of a community of individuals and then one day you don’t see them anymore and find out they died,” she explains. “You sit on this machine for two to ten hours for three to seven days. You deal with extremely low and high blood pressures, fainting, fatigue, and nausea.” This past November ESRD recognized Neal for improving communications at her dialysis facility and for helping patients be fully knowledgable and understand their treatment options.

“Organ donation is not common in the African American community,” says Neal. “This is due to various myths and beliefs. Thankfully, after being dialysis and my own research, my misinformation allowed me to be better informed.”

Neal’s own health journey has been a struggle for years. When she was 13 she was diagnosed with Type 1 juvenile diabetes. Despite the “dialysis and diabetes shackles,” she remained unstoppable.

Her dream was to help others who cannot advocate for themselves. “I want to support others dealing with domestic violence, who have to deal with wrongdoings of healthcare and be a voice to the voiceless,” says Neal who hoped to go to law school and become an attorney but realized it was too brutal to handle that and dialysis. “For individuals who can’t speak up or are afraid to speak up on their own behalf, I want to be their voice.”

In the midst of her illness, Neal signed up for GED classes to get a high school equivalency diploma. “I told the instructor that I just wanted to take my test. He informed me ‘no one has taken the test and passed without completing my class.’ I was devastated,” says Neal.

Neal enrolled in college classes at Martin University which offered a basic college course for those working on their GED. Her first semester there she earned her GED diploma. After getting her AS, she she earned a BA degree in criminal justice from Indiana Institute of Technology in 2017 while she was on dialysis. “I was in tears,” says Neal. “I couldn’t believe I had made it. Dialysis hadn’t taken me out and I proved my GED teacher wrong.”

With all she has achieved Neal considers her sons, A’Dante and Tyre’k, her greatest accomplishments.“I often remind them how much I love them. I don’t want them to ever forget that,” she says. “My cubs have taught me life lessons and allowed me to see the world differently. I am forever and eternally thankful to them.”

On June 18 after years of hopelessness, anger, sadness, and frustration and the constant support of her sons and husband, Christopher, to keep fighting, Neal received a kidney and pancreas.

The recovery has been rough. During 28 days in the hospital she was placed on a ventilator after a bad allergic reaction. Yet as scary as it was, Neal remained determined in her resolve. “I am trying to adjust to not being a diabetic after 25 years, and no longer doing dialysis, she shares. “I never took the time out to fully think about the impact this would have.”

With all she is dealing with, Neal is still devoted to being a voice for the voiceless. “My goal is to continue raising awareness of organ donation and to inform others of the challenges kidney patients face receiving adequate transportation to their medical appointments,” she says. “You never know which day will be a good dialysis session with no whammies or which will be full of whammies.”