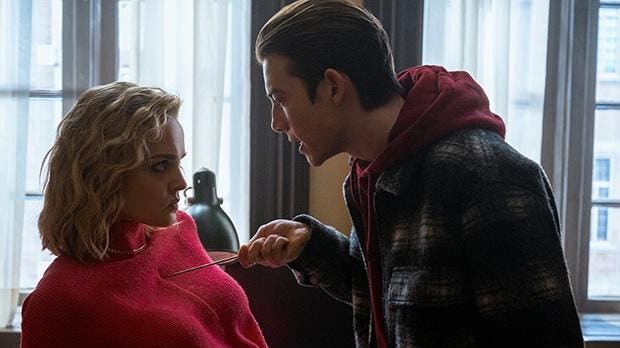 Locke and Key is currently attempting, and so far failing, to get past the dual roadblocks of You season 3 and Squid Game on the Netflix top 10 charts in its second season. Fans may be stressing that if Locke and Key isn’t popular enough, it may not get renewed and could end for good on the season 2 cliffhanger.

As it happens, all of this was decided way back in December 2020. The Netflix gods bestowed a blessing on Locke and Key where they greenlight season 3 of the show long before season 2 ever aired, part of an announced overall deal with co-showrunner Meredith Averill. Here’s what Netflix had to say about the deal when it was made:

“Carlton and Meredith have built an incredible world in Locke and Key and we’re excited to have the Lockes return for more in the third season,” said Brian Wright VP of Overall Deals for Netflix. “I’m delighted to expand our creative partnership with Meredith Averill, a talented creator with a keen eye for best-in-class horror and supernatural storytelling.”

Carlton is Carlton Cuse, the LOST alumni who serves as a producer for the show. He had some words about season 3 of Locke and Key as well:

“We have some incredible adventures in store for the Locke family in season 3, and could not be more excited to continue telling our story with our great partners at Netflix,” said Cuse.

I have to admit I am a little surprised about how forcefully Netflix has backed Locke and Key, as we rarely see shows like this get embraced this hard unless they are clear ultra-mega-hits. I know Locke and Key was topping Netflix charts back in season 1, but it’s not in say, Netflix’s top 10 series of all time list or anything, nor has Netflix ever released actual viewership numbers for it. It’s not even one of its better critically received shows (season 1 has a 66% on Rotten Tomatoes), and now here with season 2, so far it has yet to top the Top 10 charts.

I finished season 2, and I like it, as I liked the first one, I just know how weird Netflix can be with its renewals and cancellations. Why does say, Locke and Key get a double season renewal after season 1 while Teenage Bounty Hunters, another chart topper, and one with a lower budget, dies after its first season? Only Netflix knows.

So, yes, Locke and Key will be back for season 3, continuing its cliffhanger and pulling more from the source material. Will it ride out its entire story? At this rate, it certainly seems possible, given what a soft spot Netflix has for it.