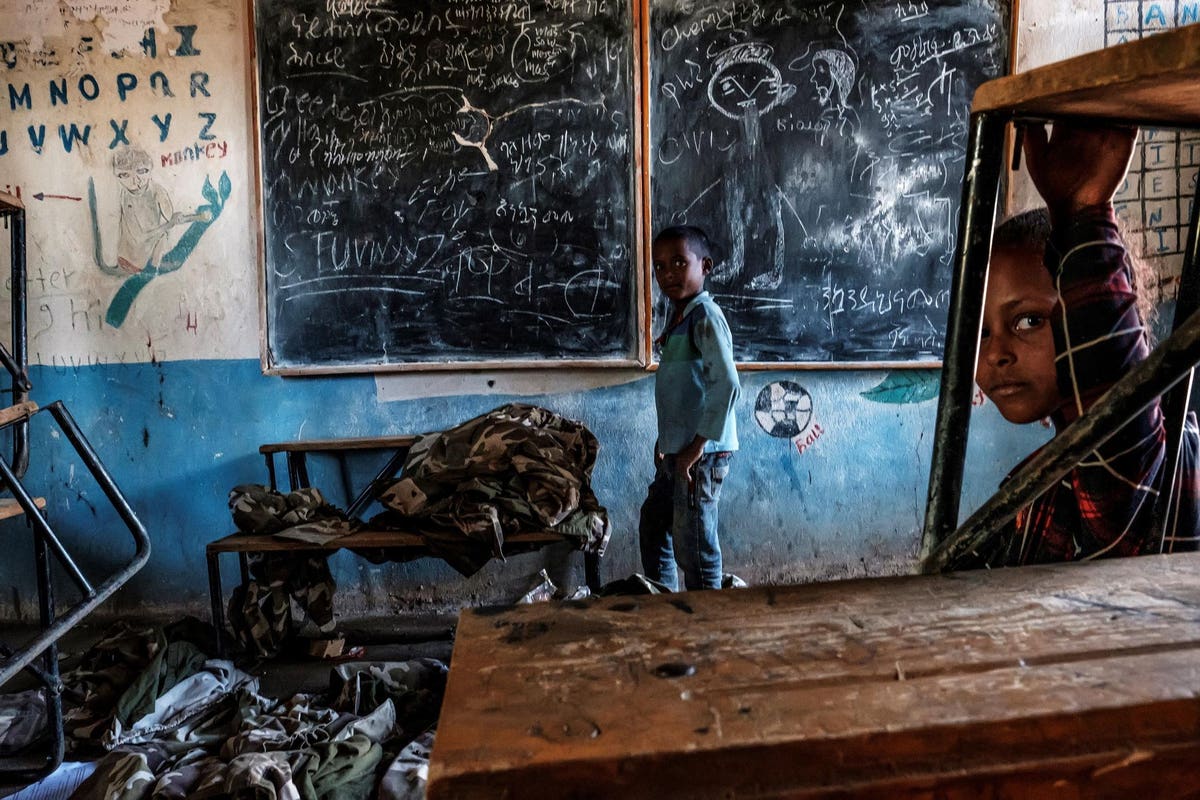 Schools are designed to be a safe places where children can learn about the world and gain skills that will shape their future. However, today, across the world, schools have become targets. Indeed, as reported by the U.N., “more than 75 million 3-to-18-year-olds liv[e] in 35 crisis-affected countries” where their access to education will be affected and they require urgent need of educational support.

The Global Coalition to Protect Education from Attacks reports that over the past five years, over 22,000 students, teachers, and academics have been injured or killed in attacks at educational institutions during armed conflict or in areas experiencing political instability. According to them:  “Between 2015 and 2019, 93 countries experienced at least one reported attack on education. Students and educators were most frequently harmed by direct attacks in Afghanistan, Cameroon, and Palestine.  Armed forces, other state actors, and armed groups used schools and universities for military purposes in 34 countries between 2015 and 2019, including as bases, detention centers, and weapons stores. In the past five years, state armed forces or armed groups reportedly recruited students from schools in 17 countries.”

While Afghanistan has been a hot spot for such attacks, especially now that the Taliban have seized power, and with the growing presence of ISIS-Khorasan (ISIS-K) in the country, the situation will only get worse. In May 2021, explosions outside a school in Kabul, Afghanistan, killed 85 people and wounded over 140. The majority of the victims were girls attending the Syed Al-Shahda school (for girls only) in the Dasht-e-Barchi neighborhood of Kabul. Although responsibility for the attack is not clear, the attack was similar in nature to attacks by the Taliban and ISIS-K in the past. With the Taliban in power, who object to mixed education and education of girls more broadly, there is an ongoing threat to education itself.

In Nigeria, Boko Haram has been targeting schools for years because of the belief that schools teach Western values. Boko Haram conducts attacks in predominately Muslim states and the majority of abducted girls are Muslim. Yet, Christian girls have also been targeted by Boko Haram. Christian girls abducted by Boko Haram are forced to convert to Islam (and/or marry their abductors). Among them is Leah Sharibu, a Christian girl who remains in captivity as she refused to convert. Furthermore, Nigeria has seen a wave of copycat attacks. In the latest attack, in September 2021, gunmen abducted 73 students in northwestern Nigeria. In the last ten months, more than 1,000 students have been kidnapped from schools in northern Nigeria. While the majority of students have been released, some have been killed in captivity and over 200 remained hostages. Similarly, attacks of Fulani militia in the Middle Belt disrupt access to education of children in that region.

As between 2015 and 2019, 93 countries experienced at least one reported attack on education, the list of similar attacks only goes on.

On September 9, the world observes the International Day to Protect Education from Attack, a day established by the U.N. General Assembly to raise awareness of the plight of millions of children living in countries affected by conflict. The day should be used to affirm the importance of safeguarding schools as places of protection and safety for students and educators and working to make it happen. As attacks on education continue, steps have to be taken to make school safe, especially in regions with a legacy of such attacks. No child should fear for their lives at school. No child should have to choose between education and staying safe. Children should not be used and abused for the agendas and ideologies of terror organizations or groups.