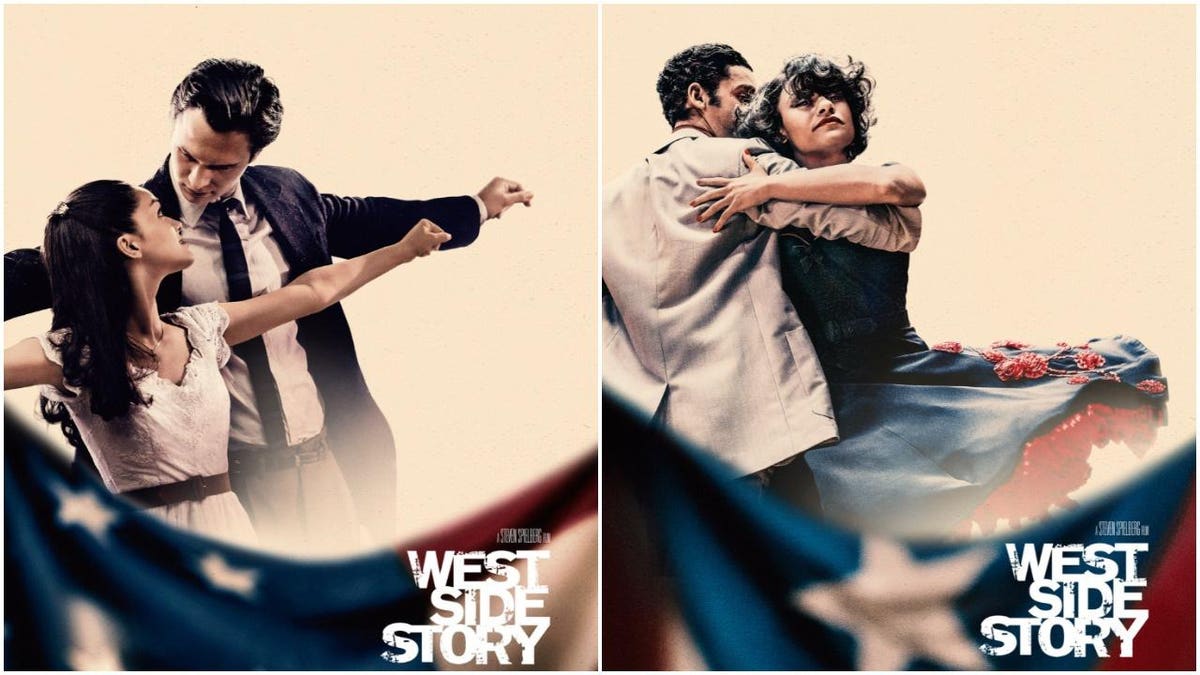 20th Century Studios released a brief featurette and two new posters for Steven Spielberg and Tony Kushner’s adaptation of West Side Story. The film remains one of the few big-deal Oscar contenders for 2021 which has yet to be screened for critics or awards groups, but I’m guessing that’ll change next month. Even if I wonder about the value of remaking/re-adapting a 60-year-old musical which at the time was a “rip-of don’t remake” modern updating of William Shakespeare’s Romeo & Juliet, I won’t pretend that this doesn’t look like an audio/visual treat. Whether it’s great or merely good (presuming it’s not outright bad), it will almost certainly end up among this year’s Best Picture nominees.

Why? Because almost every single would-be drama Spielberg has directed has made it into the Best Picture race. From Jaws in 1975 to The Post in 2017, 11 of Spielberg’s films have won nominations for Best Picture, with Close Encounters of the Third Kind missing a Best Picture nomination in 1980 even as Spielberg received a Best Director nomination despite being “snubbed” in that category for Jaws. Raiders of the Lost Ark, E.T.: The Extra-Terrestrial and The Color Purple all nabbed Best Picture nominations, with Schindler’s List winning Spielberg the Oscar for Best Picture and Best Director, capping off a monumental year which also saw Jurassic Park become the biggest global grosser of all time. He directed The Lost World in summer 1997 and Amistad in late 1997.

Amistad, an ambitious but disappointing story of a slave ship revolt, was the first straight-up Spielberg drama not nominated for Best Picture since the unjustly ignored Empire of the Sun in 1987. And it would be the last such film not to get a Best Picture nomination. Saving Private Ryan won Spielberg his second Best Director statute in 1999 but (controversially) lost Best Picture to Shakespeare In Love. I don’t count Catch Me If You Can as a drama, even though I’d happily put the Leonardo DiCaprio/Tom Hanks/Christopher Walken-starring con-kid caper alongside any of 2002’s best films (ditto A.I.: Artificial Intelligence in 2001). Otherwise, Munich (maybe his best movie) in 2005, War Horse in 2011, Lincoln in 2012, Bridge of Spies (2015) and The Post in 2017 all made the cut.

I’m not arguing that his pulpier entertainments (Minority Report, War of the Worlds, Indiana Jones and the Kingdom of the Crystal Skull, Tintin, The BFG or Ready Player One) were robbed in the Oscar race. However, that Spielberg has recently focused on old-school historically-specific American history dramas, the kind of star-driven, adult-skewing, high-minded films that would otherwise struggle to find a theatrical audience, has arguably made him an even bigger magnet for year-end acclaim. Spielberg famously claimed that Lincoln almost became an HBO original movie even as it made $275 million on a $65 million budget. If “The Beard” shares “blame” for creating the modern Hollywood blockbuster, he has spent the last decade making the kind of films that modern tentpoles have pushed out of the marketplace.

Whatever the reason, Five of the last five Spielberg dramas released since 2005 have earned Best Picture nominations, and heck if you use Amistad as the exception to the rule it’s been 9/10 going back to 1993. That makes Spielberg’s West Side Story one of the safest bets to enter the final ten when the Academy Award nominations are announced early next year. Whether the Rachel Zegler/Ansel Elgort musical romance is as good as hoped and/or as commercially successful as hoped in mid-December alongside Spider-Man: No Way Home, Matrix: Resurrections and Sing 2, it’s almost certain to continue Spielberg’s 24-year streak of Best Picture nominated dramas. Of course, it’s also likely to continue his Best Picture losing streak too, but c’est la vie.