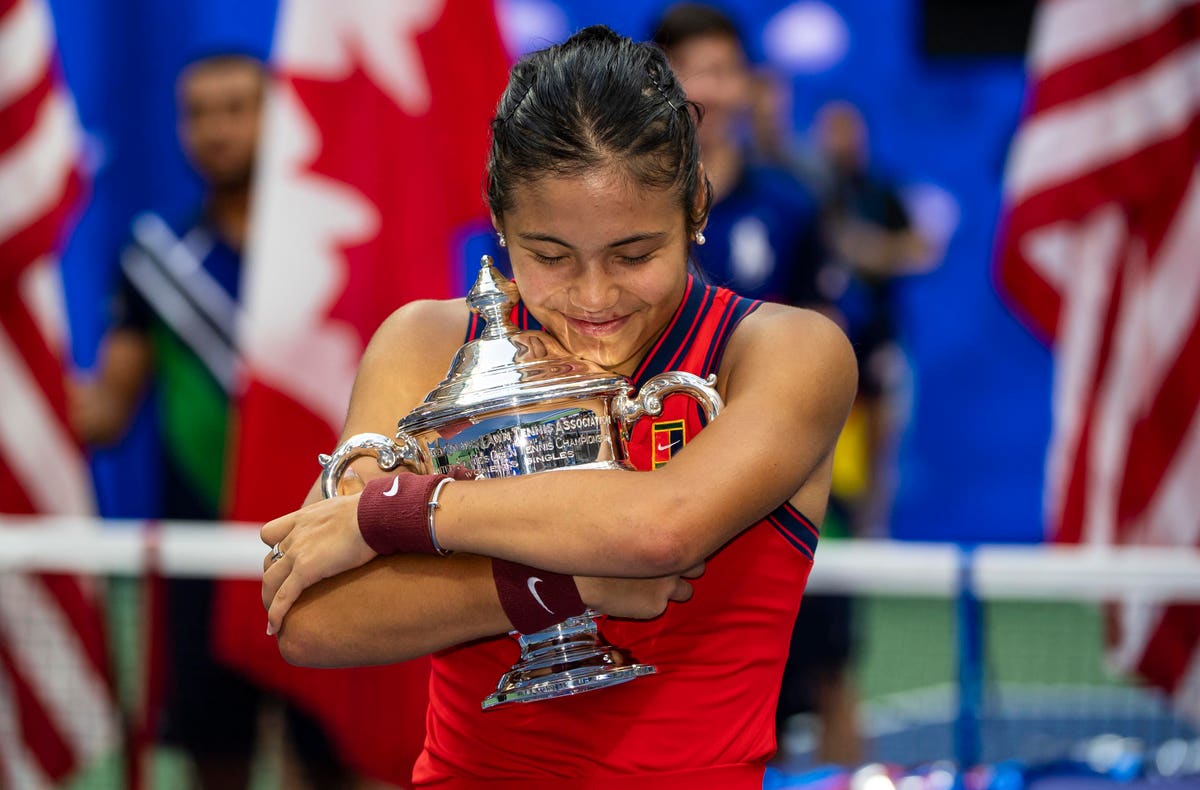 Following the spectacular US Open victory for Emma Raducanu, Professor Gianasso published the post “Emma Raducanu And The Illusion of Nations“ on LinkedIn, where he illustrated the complexity of different identities wrapped up in a single person. Emma Raducanu has a Romanian father and name, a Chinese mother, and British nationality as she spent most of her life in the United Kingdom. In addition to English, she is fluent in both Romanian and Chinese. Gianasso pointed out that, while British, Romanian, and Chinese press and public celebrate Emma’s success in nationalistic terms as one of their own, she is not British, Romanian, or Chinese. She is all of these elements and indeed so much more. She is a citizen of everywhere. We need to move away from ethnocentric and embrace a geocentric mindset, and Emma is the future of humankind.

Then the unexpected happened. Until then, the author had only fourteen thousand followers. However, in only a few days, his post attracted nine million views and 140 thousand likes. In addition, the post was reshared 12 thousand times and translated into nine languages. The overwhelming comments (98.8%) were very positive, with tens of thousands sharing their stories, feelings, and hopes.

Why did all this happen? Writing with Professor Gianasso, we examine why this simple LinkedIn post generated such an emotional response from people worldwide. To understand, we need to start from the comments received. Most of them came from expatriates, transnational and interracial couples, and ‘third culture kids.’ These individuals shared their family stories and their challenges. Many also expressed their gratitude to see their feelings represented amid nationalistic rhetoric and nativist policies.

The post triggered an outcry from a large community that has recently felt ignored, neglected, or threatened by the recent increase in nativist policies implemented by many countries. The physical lockdowns created physical and emotional national barriers as a practical response to the pandemic and led to further dissonance between and within diverse groups. The question ‘where do you come from?’ has become so fraught with politics and sensitivities that curiosity gets shut down by a fear of over-stepping a firm line into racial politics. For example, in 2016, the British Prime Minister, Teresa May, stated during the Conservative Party Conference, “If you believe you are a citizen of the world, you are a citizen of nowhere.” While this statement targeted jet-setting who had lost their roots, it became viewed as a badge of shame for people who were not the super-wealthy. This group has a unique combination of cultures; race, religion, language, and interests made them unique and connected not to one place but multiple cities and countries. Five years later, the reference to PM May’s words and responses to Gianasso’s piece shows how this group still feels these wounds.

International migration is a regular trend; until 2019, the increase in the global number of international migrants continued to outpace the growth of the world’s population. The International Migrant Stock, 2019, a dataset released by the United Nations, illustrates that international migrants globally researched an estimated 272 million in 2019, an increase of 51 million since 2010. The current size of this community is 3.5 percent of the global population, compared to 2.8 percent in 2000. We also see a rapid increase in transnational and inter-racial marriages. Although data is limited in this area, the US Census shows 10% of the population and numbers are rising. These megatrends have created a large segment of the world comprised expatriates, migrant workers, transnational and interracial couples, and third culture kids. These are individuals whose language, culture, and physical traits are often different from their place of residence, social network, and rely heavily on international travel to work and stay in touch with their families. Look around you, at work, in your social group, your own family; how many people do you know that tick these boxes? The chances there are many more than you initially realize.

By March 2020, well over a hundred countries had gone into full or partial lockdown as a response to containing the pandemic. Unfortunately, alongside the health concerns, more robust nativist policies and narratives emerged that only created a perception of more substantial barriers based on national boundaries and identities. Although the experiences of lockdown varied across age ranges as families were forced into their homes, technology still meant connections occurred beyond physical limits. Being at home did not necessarily mean bonding with family members and certainly not with neighbors on your road. Still, it meant connecting virtually across national boundaries and time zones, at least in the developed world.

During the pandemic, governments adjusted their narratives to strengthen national bonds. When political discourse is driven by national loyalties and promises of physical barriers to keep others out, the noise and responses squeeze out the views of these ‘citizens of nowhere.’ In her book ‘Succession in Asian Family Firms’ published fifteen years ago, Janjuha-Jivraj referred to this group as cultural cruisers, who navigated between different, even conflicting cultures. Over time with successive generations, we see other trends emerging. Gianasso’s research speaks to a different trend among millennials. His research on 500 MBA participants from Asia, Europe, and the Middle East suggests that millennials are significantly more individualistic and have lower power-distance than the population of their own country of origin. These findings are consistent with the Modernization theory, which predicts the rise of individualism due to economic growth and development. However, it can be challenging to see the more significant trends when we focus on what’s on our doorstep.

We can’t assume this shift in behaviors will happen organically; while technology and crises force monumental changes, the pace of change has been slow. In 1969, Perlmutter published a now famous paper “The tortuous evolutions of multinational corporations,” showing the lack of diversity at the leadership level in global companies and the need to move from the dominant ethnocentric to a geocentric mindset. Fifty years later, international businesses still behave in a very ethnocentric manner. We still see 86% of the Fortune 500 CEOs being selected by Boards based on a “just like me” reflex. But deeper in the belly of organizations and communities, the shift in ethnic and cultural composition has already occurred and continues to grow, driven by migrations and demographic change.

How we understand and adjust to different identities requires a new mindset. A pluralistic approach creates the baseline to accommodate various identities that do not compete. This shift in attitudes means challenging the overriding political narratives around ethnocentricity that may become one of the legacies of the pandemic. At this juncture, a fundamental question we need to ask is how do we create psychological safety for citizens of the world and obliterate the sense of citizens of nowhere? Celebrating the success of individuals like Emma provides a platform to open these essential conversations and create a new narrative of how we move towards geocentric mindsets in the way we look at each other.