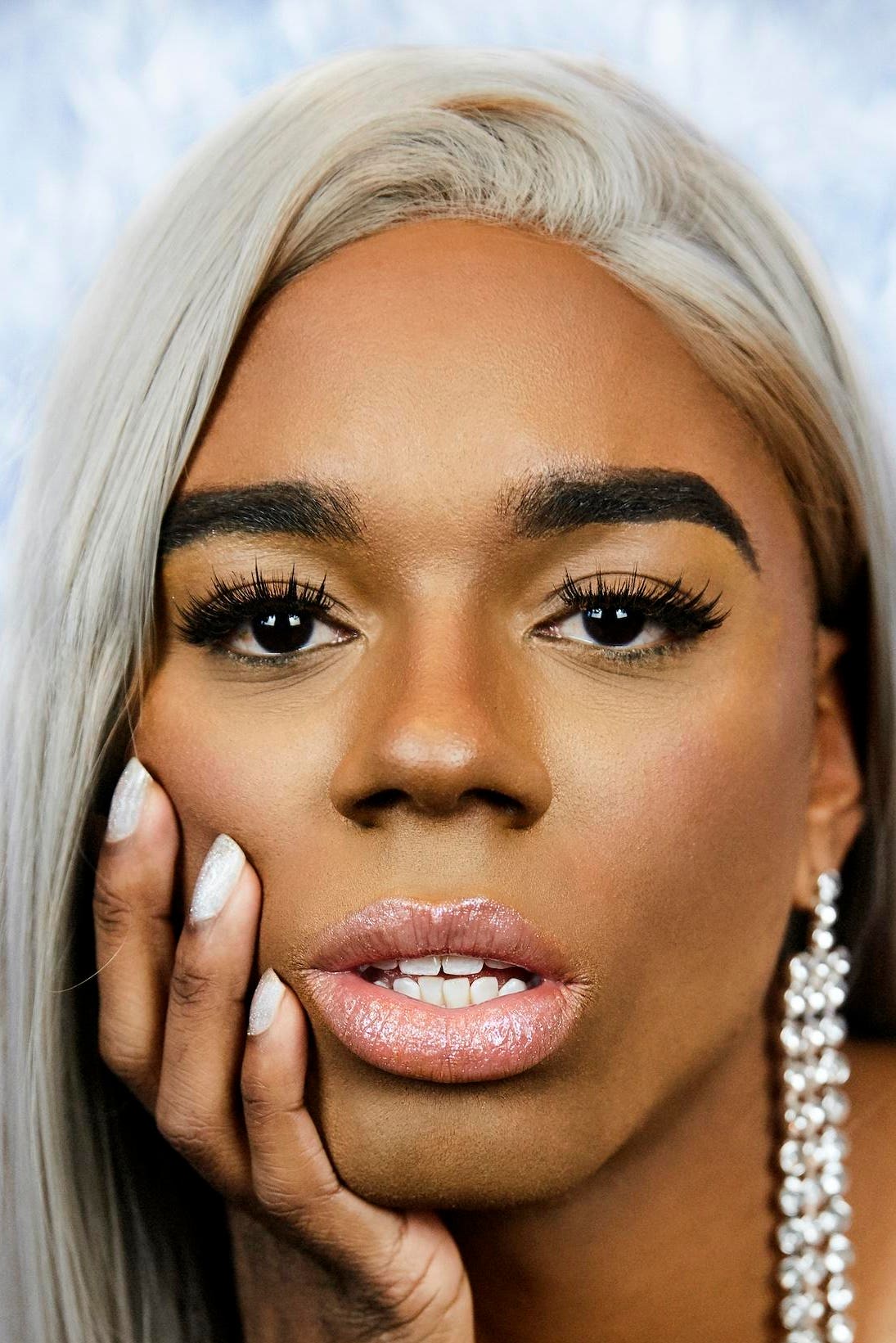 Dev Doee did not follow a traditional career path to get to their current role of Chief Creative Officer and Creative Director of We Are Fluide, a mission-driven beauty brand designed for all skin shades and gender expressions. From job pivots to discovering the emotional benefits of experimenting with makeup, Doee is on a mission to bring joy, play and discovery into the beauty industry at large while continuing to push for representation across race, age and gender.

Amy Shoenthal: Tell me about what brought you to We Are Fluide and your career leading up to it.

Dev Doee: My career really started in B2B and experiential marketing. I’ve worked for companies like VaynerMedia, Synopsis Media and Access Intelligence. But I always had a passion for creative pursuits, which is why I was also working as a makeup influencer, a makeup artist, a creative and a dancer. I went to the Smith School of Business at the University of Maryland, but earned a dual degree so I also have a Bachelor of Arts in dance. I come from a background that’s very creative but also extremely analytical.

I actually discovered We Are Fluide through Facebook ads. I had never seen a marketing campaign featuring an Asian boy and a trans woman wearing makeup and it just really struck me. I emailed the company and said, ‘hi, I love what you’re doing. I’d love to work with you in some capacity.’ And they actually got back to me. I did a photo shoot with them and we just kept talking. It eventually turned into a consulting role. And then next thing you know I’m the chief creative officer, which is amazing.

Shoenthal: How long did it take from that first outreach to you working your way up to chief creative officer? What was that journey like?

Doee: I did my first photo shoot with them (as a model) in 2018, and accepted the chief creative officer role two years later, during the pandemic.

Shoenthal: That’s a pretty quick ascend into a pivotal role. Do you ever face criticism for being such a young CCO?

Doee: I am actually praised for being a younger executive. It’s also important to note that there are not very many Black and trans executives, so holding this title is a huge honor for me. Anyone who has worked with me can see why I am qualified. My entire life I have spearheaded creative events, led organizations, planned trade shows and conventions with multi-million dollar budgets, and worked for some of the best marketing agencies. In my personal life I have worked with some of the biggest brands in the world as an influencer, consultant and advisor, so my experience is pretty well rounded. My youth is actually a huge asset at We Are Fluide as we cater to a younger audience. Who better than someone from that same generation to lead the charge?

My biggest goal in this role is just to continue to strengthen our sense of community and our relationship to our customers. We want to cater to the most marginalized groups within that community through our products and our marketing.

Shoenthal: Do you think We Are Fluide and the work you’re doing there is setting the tone for the beauty industry at large?

Doee: I think we, along with a few other indie companies, really set the tone of what marketing should look like nowadays. You can’t just have a visual of four blond haired, blue eyed, white girls anymore. That’s basically unacceptable, which I think is a good thing. We’re making sure our community feels seen, and I think other companies are realizing how important it is to build that same sense of community and understanding with their audiences.

Shoenthal: Did you grow up feeling like you were not represented in advertising and marketing? Can you tell me how much of your personal experience you’re bringing into the work you do now?

Doee: The reason Fluide means so much to me is because I didn’t have anything to look at that represented me in beauty growing up. I didn’t have imagery that made me feel beautiful or made me feel seen. That’s such a huge goal and passion of mine within the company – making sure we showcase as many voices and faces as possible. I think the beauty industry is so aspirational, but that means every company has such a strong responsibility to make everyone feel beautiful, because we all are.

My experience with makeup was watching my mom put it on growing up. I came from a background where it was not acceptable for me to explore or experiment with makeup.

Shoenthal: Was there any sort of turning point in your personal makeup journey? When were you first comfortable enough to wear it in public?

Doee: My journey with makeup took a while because I didn’t know how to use it at first and I was so scared of it. But I was really fortunate to have queer friends who were further along in their journey. They made sure the actual learning of makeup was such a beautiful process for me. It was really a communal, sisterhood type of moment.

Shoenthal: Where did you meet these friends who were further along in their makeup journey?

Doee: In college I finally found queer friends. Before college I didn’t see anyone who I identified with or anyone who I could share my feelings with. I think dance really helped, exploring how my body moves, exploring femininity. I would say that I needed to wear makeup for certain performances, even though that wasn’t necessarily true. I reached out to one of my older, very glamorous dancer friends for help. When they put makeup on my face, I remember looking in the mirror and being like, wow, I am actually beautiful.

It wasn’t until I started to receive recognition from big companies during my time as a makeup influencer when I realized I was getting kind of good at this. I thought, maybe I do belong here. I don’t identify as a boy now but in my gender journey I was all about making sure that the ‘beauty boy’ (a beauty & makeup enthusiast who identifies as a boy) was seen and recognized, because within our community we still favor certain people.

Doee: I do too. I remember it being such a beautiful experience for me and I want to try to make it a positive experience for everyone. I want to inject that play and that discovery into everything we do.

Shoenthal: In preparing for this interview, you told me you were afraid that people wouldn’t want to wear makeup anymore once the pandemic hit. Are people, makeup enthusiasts specifically, going all out now that the world has somewhat re-opened?

Doee: We weren’t going to events or parties anymore. We saw lipsticks and lip glosses not selling at all because those products stick to your mask, and nobody sees it when you’re out and fully masked.

I think around June, for Pride month, that’s when things started to change. That was one of the best months we’ve ever had for a myriad of reasons. It signaled that people were still playing and putting on makeup, even if it was just in their homes. That’s when I realized, okay, this isn’t over.

But I would say the way people use makeup and the aesthetics have changed since the onset of the pandemic. We’re seeing a lot less full coverage and a lot more editorial, euphoria style makeup, which I love. It’s about putting art on your face, which is so fun.

Shoenthal: You mentioned that Trans Day of Visibility was such a milestone for you and the company. Can you share why?

Doee: We wanted to do an open call photo shoot in honor of Trans Visibility Day. We planned for about 14 people, and then over 200 people signed up. Just knowing that many people of trans experience look at us as a company they’d want to work with was amazing. It really puts faces and names to the work we’re doing.

Being able to serve and support that many people, sending them all gift bags and packages felt really good. The actual photoshoot was so much fun. We had an all-trans team, from the photographers to the models. We were laughing the whole time and listening to music — it really felt like a family reunion of sorts. It was such an iconic moment and I can’t wait for the next one.