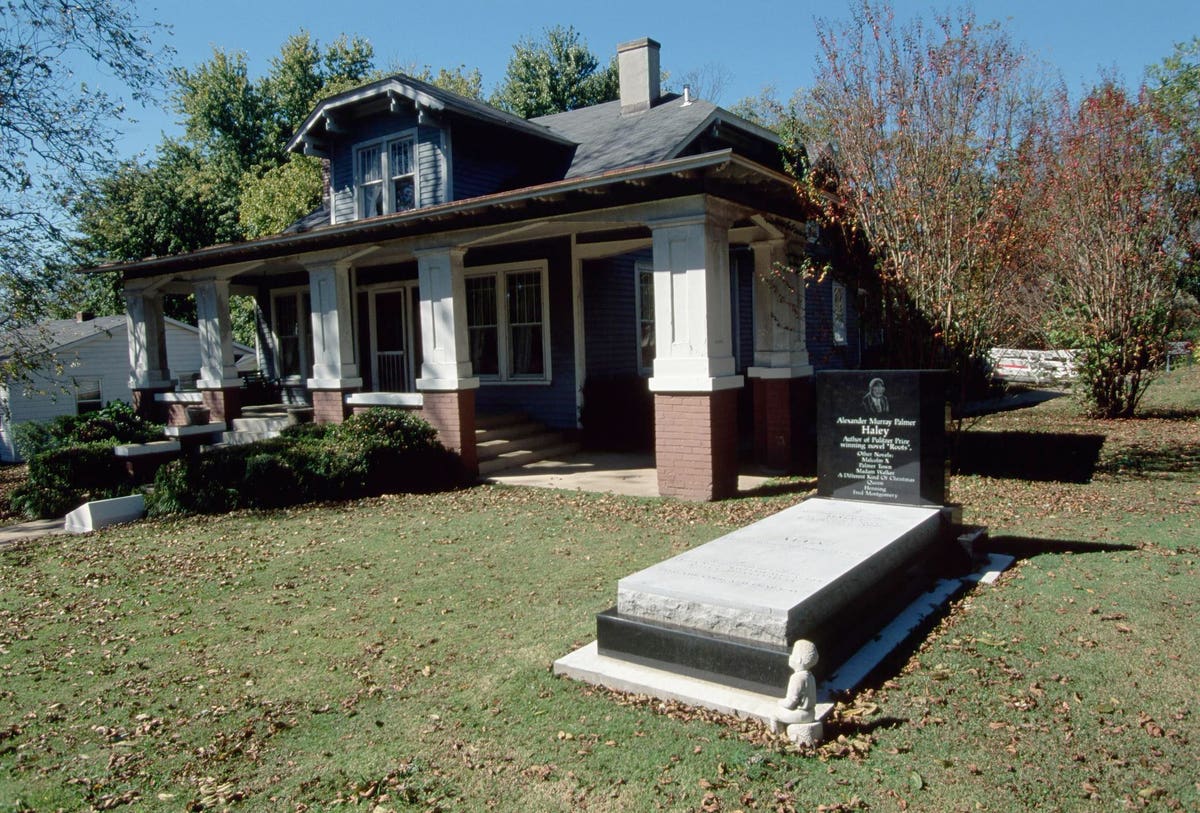 There is nothing like stepping into the home of one of your heroes: it is an intimate, personal way to see how they lived when out of the spotlight. This is one of the roles played by house museums, which are often homes of people we want to know more about. When we visit these places, we see not only how they spent their private time, but also how they lived in their community.

February is a good time to honor the influential African Americans whose homes have been preserved and opened to the public. Visit these sites for a new understanding of little- or well-known people, and celebrate what they brought to our shared American experience.

This educational center in western Tennessee celebrates the author of Roots, but one of the things visitors learn is that he did so much more than write the blockbuster that became a celebrated TV series. The museum includes the Craftsman bungalow in which he grew up. His grave is there, as well.

This poet of the Harlem Renaissance was the first Virginian and first African-American to have her poetry included in the Norton Anthology of American Poetry. A committed activist for equal rights, her house served as a political center of the community. The two-story Queen Anne-shingle style house offers an added bonus: Anne Spencer was a poet, civil rights activist, a teacher, librarian, wife and mother, and a passionate gardener. Her gardens have been restored and are worth the trip in themselves.

Located one mile east of the Texas State Capital, the house was constructed in 1888 in a historic African-American neighborhood. An unusually ambitious house in the area, where more simple vernacular buildings are the rule,

It is the last physical evidence of a thriving middle-class African-American community that existed in downtown Tallahassee at the turn of the 20th century.

Lewis Howard Latimer was an African-American inventor, electrical pioneer, and a son of fugitive slaves. With no access to formal education, Latimer taught himself mechanical drawing while in the Union Navy, and eventually became a chief draftsman, patent expert, and inventor. The modest Queen Anne-style, wood-frame suburban residence was constructed between 1887 and 1889 by the Sexton family. Lewis Howard Latimer lived in the house from 1903 until his death in 1928.

Home to the famed musician his wife, Lucille Wilson, from 1943 until his death in 1971, the brick row house contains all the furniture, appliances, paintings, decorations, and other objets d’arts left in the House after Louis and Lucille’s deaths.

Built in the early-1900s, this classic American foursquare house was home to Mary McLeod Bethune from 1913 until her death in 1955. Bethune, an African-American born to formerly enslaved parents, achieved nationwide notice for her success in establishing the Daytona Educational and Industrial Training School (now Bethune-Cookman University.) She went on to play an important role in the advance of education and civil rights, particularly in the years between the world wars.

This unassuming two and one-half story house was constructed in 1892 in the Queen Anne style. It was home to Rev. J. Edward Nash Sr. (1868–1957), the pastor of Buffalo’s Michigan Avenue Baptist Church. Reverend Nash’s leadership and presence in Buffalo’s African-American community during the first 50 years of the 20th century earned him legendary status in the city.

Built in 1901, this brick two-story house a few blocks from the Capitol building in downtown Raleigh is the only African-American house museum in the state of North Carolina. It offers a glimpse into the life of one of Raleigh’s most intriguing citizens, Dr. Manassa Thomas Pope, who was the only African-American man to run for mayor of a Southern capital in the midst of the Jim Crow Era.