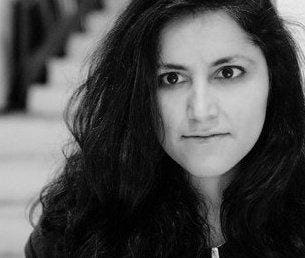 Finance is an intimidating world, from Old French, meaning “to end, or settle.” In saying yes or no, people in finance have much more power over our society than most people realize. Though finance is guided by rules and numbers – bottom lines — and these days, algorithms, there are humans behind the picture, with all their biases. They write the rules and break them selectively.

In almost no area of finance is this subjectivity more true that venture investment, which is relatively new and a relatively small corner of the public and private markets — too small to be quantified into algorithms that work. Only about 1% of all startups in the United States get venture investment – though the venture system has created huge companies, like Google, Uber and Facebook.

A friend of mine, Charley Ellis, once told me that venture finance is much more like human resources than people realize. There’s a downside in that: The white men in charge have tended to direct money toward ventures started by the people in their networks. There’s an upside, too: If you can get more women and people of color into venture, the money will likely flow to their networks and according to their sensibilities.

That’s one reason I’ve focused resources for the past few years on women in finance and fintech, and venture investing, in particular. Women like Luvleen Sidhu, Dina Sherif and Melissa Bradley are breaking ground. My latest interview, sponsored by YPO, is with Pia Sawhney, partner and co-founder of Armory Square Ventures, one of the few successful venture firms outside the big hubs. Armory Square invested in ACV Auctions, whose $414 million IPO last spring gave it a $4.9 billion valuation. (Its current market cap is $1.14 billion.)

We talked about what drew Sawhney to finance, Armory Square Venture’s approach to investing, the history of the Upstate NY ecosystem, and the region’s future in the coming (or recently arrived) recession.

The Rise of Upstate NY

Just five years ago, two-thirds of venture capital remained concentrated in New York, Boston and Silicon Valley. The effect of the pandemic has yet to show up in the numbers, but my sense is that the next batch of data will show the rise of new ecosystems, including Austin, Boulder, Upstate New York and Miami – as well as some fast-rising and surprising smaller places, like Wilmington, Idaho and Michigan (Detroit).

Will this be enough to change the ratios, or is it a reflection merely of the spread of a particular form of finance outside the hubs where it was born? My guess is that the pandemic, climate change, and the big shift in the economy toward a high-interest rate, short supply-chain environment will be enough to fundamentally change the geography of business in the United States.

Sawhney and her husband, Somak Chattopadhyay, were recruited to start Armory Square by the Allyn family, who had owned the medical device manufacturer Welch Allyn for generations. Armory Square’s first fund was $16.4 million; of its eight companies, one company, ACV Auctions, went public and others, including Agronomic Technology Corp. and BentoBox, were acquired. ACV Auctions, a platform for auto dealers to buy and sell cars, returned the fund several times over, Sawhney told me.

“The successful IPO has really put us on the map in many ways. The second fund is about $32 million, and we’ve already circled the third fund at this point,” she said by email in response to a followup question.

“I can’t tell you how many people told us and continue to say that this isn’t possible,” Sawhney said, adding that for every dollar invested, Armory Square saw a 20x multiplier. All of its investee companies have raised follow-on financing, she said.

Typically, the firm invests $750,000 as a first check, with reserves of $2 million and looks for software companies with addressable markets of $1 billion.

“Like you say, it’s a human resources problem as much as it’s a finance problem and we’ve cultivated a lot of great relationships in New York City and Silicon Valley,” she said.

Armory Square helped bring key executives to the ACV Auctions team. “We think that we understand under ventured regions a little better than most people.”

Smaller Ecosystems in a Recession

“Companies are far leaner here than those based in major tech hubs and hold more cash in reserves. But, in short, yes, startups will be squeezed to some extent especially when they find they need to grow rapidly,” Sawhney wrote in a followup email. “In the coming two quarters, they will face the prospect of shorter runways once the VC market cools and need to raise larger rounds.”

During the early days of the pandemic, it became clear that up-and-coming ecosystems had a couple of advantages over the handful of big cities – Boston, New York and San Francisco — that have long been the centers of entrepreneurial energy. The obvious advantage: people were fleeing big cities and closed-in-spaces, and remote work gave them a chance to breathe where they wanted to.

Many of the second-tier cities that seem well-positioned now have advantages of geography or nearby resources that may well serve them now. Upstate New York, of course, originally thrived as a conduit between the Atlantic states and the Upper Midwest.

There is a hidden advantage in smaller ecosystems, too. It’s easier to sustain momentum, because a few players dominate the community. If places like Armory Square Ventures and 43North, a state-backed venture organization in Buffalo, can continue to draw tech and entrepreneurship talent to the region, it will continue to rise, despite a wider downturn.

“The challenge we face relates to talent migration. Many of our portfolio companies cannot hire new people quickly enough,” said Sawhney. “Local businesses that have a less recognizable brand and footprint. The startup universe is more agile but our region has typically always had a labor shortage.”

Many of Sawhney’s family in India were in banking or owned business, and her father teachers venture capital and entrepreneurship at Harvard. So she comes by the business naturally – but for exactly that reason, she broke away early and had a prior career in journalism, producing a widely recognized documentary called “Out of Status” about the experiences of the Muslim community post-9/11.

Now, she thinks about the role of finance and venture capital in supporting women in business broadly. “I see, and you’ve outlined in your book, that women are starting businesses all over the country,” she said. “It’s just that women are not being supported at the early stages in business.”

“Venture capital has a role to play, not necessarily through financing, but through counseling, making introductions, guidance, providing support and networks that a lot of you know, women and minority founders don’t have access to.

“In preparation for this interview, I spoke with women founders, and they all said to me is that … what’s critical is that they have control and opportunity. That speaks to my own family history. I’ve seen what it means to have a pathway to a livelihood independent of what your husband, or uncle or father is doing.

“You know, it’s just about having that your own opportunity and the American dream. We have to infuse investment capital with a little bit of that spirit, that small business ethos.”

“I think having bits of novelty in your day make every hour more meaningful. … That’s why we hated our investment banking jobs. It’s like you go to the desk and then the little cubicle, and it doesn’t matter who you are or what you doing. That’s not something most people want.

I know everyone likes the idea that routine is very important but I think having like moments of novelty … is that a walk or is that listening to your favorite music or talking to, you know, talking somebody that you haven’t talked to quite a while. It could be drumming. The possibilities are endless, but I think those kinds of things create a moment of joy. That’s what keeps me going.”