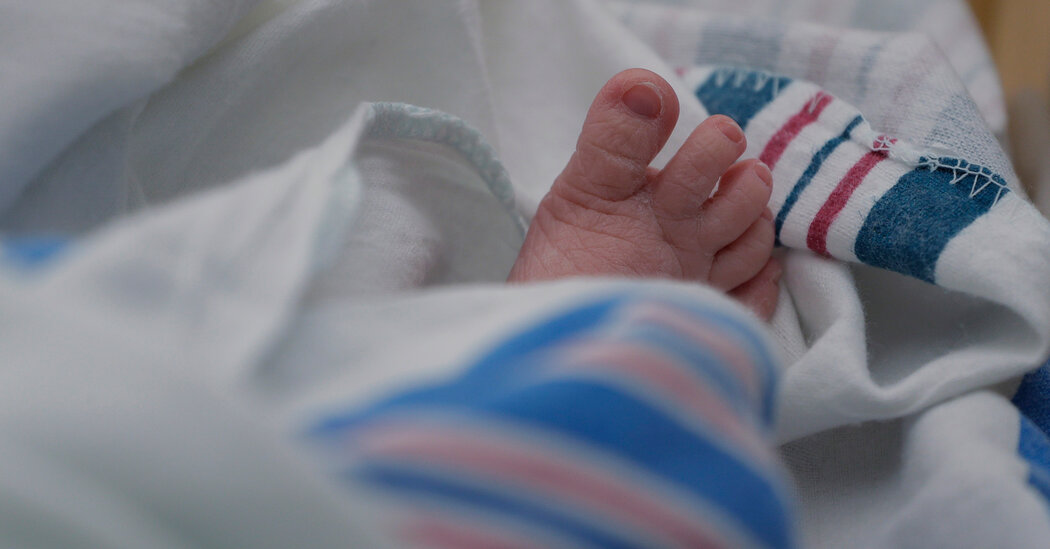 A small hospital in upstate New York is planning to suspend delivering babies starting in a few weeks because some of its labor and delivery nurses resigned rather than comply with the state’s Covid vaccine mandate.

The development underscores the challenges that many health care systems face amid a national shortage of nursing staff and vaccine hesitancy among some health care workers.

“The math is just not working,” said Gerald Cayer, chief executive officer of Lewis County Health System, at a news conference on Friday. “The number of resignations received leaves us no choice but to pause delivering babies.”

Six out of the 18 staff members in the maternity department at Lewis County General Hospital have resigned, and seven have not indicated whether they will get their shots, Mr. Cayer said in an interview on Monday. The hospital, located in Lowville, the county seat, had expected to deliver about 200 babies this year, he added.

At least 30 employees in the health system have resigned since former Gov. Andrew M. Cuomo mandated vaccinations by Sept. 27 for New York State’s health care workers, Mr. Cayer said. Of those who have resigned, 21 worked in clinical areas.

The maternity department at Lewis County General will pause deliveries on Sept. 25, Mr. Cayer said, and other units could be affected if more workers resign. Prospective parents in the area will have other options: There are hospitals with maternity departments in Carthage, about 15 miles from Lowville, and in Watertown, about 27 miles away.

The vast majority of workers in his health system have complied with the mandate. Mr. Cayer said that 464 employees, or 73 percent, have been fully vaccinated, and that he hoped that the staff members who quit would reconsider and take the shots before the deadline. “Anyone who has resigned who changes their mind will be welcomed back,” he said.

The resignations have taken place in a region with a dire staffing shortage. There has been a lack of experienced maternity nursing staff throughout upstate New York, said Dr. Sean Harney, the hospital’s medical director. Thousands of open nursing positions remain, Mr. Cayer said.

Lewis County, with about 27,000 residents, is among the least populous and most politically conservative counties in the state, and has one of the lowest Covid vaccination rates: 44 percent of residents were fully vaccinated as of Friday, compared with 61 percent statewide, according to data from the Centers for Disease Control and Prevention.

Reports of new cases more than doubled in Lewis County, and hospitalizations rose 35 percent in the past 14 days, according to a New York Times database.