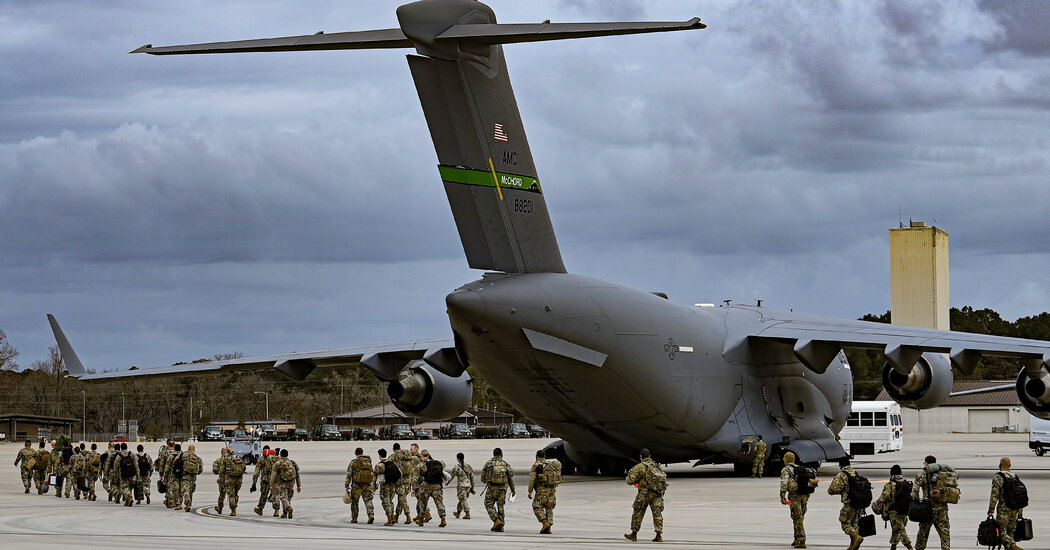 The Pentagon on Friday ordered 3,000 additional troops to Poland, bringing to 5,000 the total number of reinforcements sent to Europe in the past two weeks.

The purpose of the troops, nearly all from the 82nd Airborne Division at Fort Bragg, N.C., will be to reassure NATO allies that while the United States has no intention of sending troops into Ukraine, where President Vladimir V. Putin of Russia has been threatening an invasion, President Biden would protect America’s NATO allies from any Russian aggression.

The troop deployment announced on Friday will depart Fort Bragg over the next couple of days and is expected to be in place by early next week, the Pentagon said in a statement.

The troops are commanded by Maj. Gen. Christopher Donahue, the head of the 82nd Airborne, who was also the ground commander for the evacuation at Kabul International Airport in August.