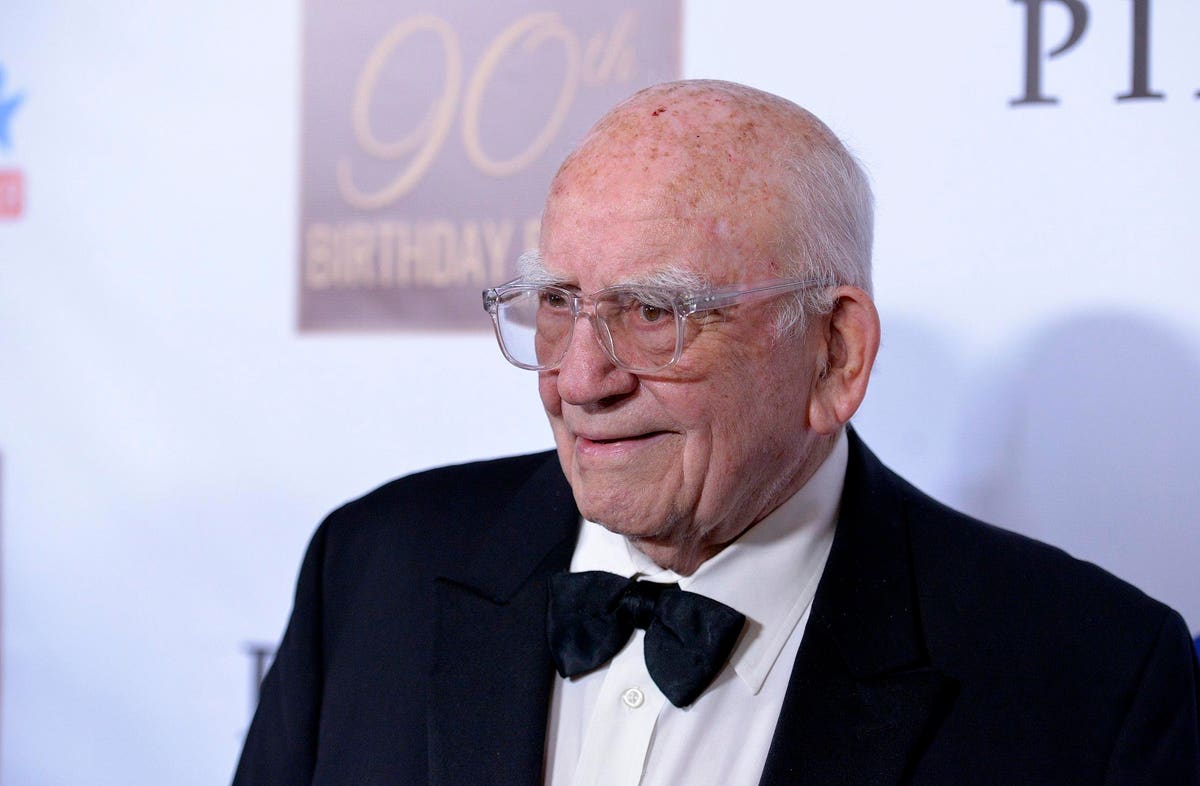 Seven-time Emmy Award winning actor Ed Asner, who came to early fame on The Mary Tyler Moore Show and spin-off Lou Grant, died today surrounded by his family. He was 91.

Born November 15, 1929 in Kansas City, Asner is most awarded male performer in Emmy history (with five trophies for playing Lou Grant, both in the comedy and drama categories).

After appearing onstage in a variety of productions, Asner made his debut on television in an episode of anthology series Studio One in 1957. Early guest spots prior to The Mary Tyler Moore Show included appearances on Naked City, Outlaws, Alfred Hitchcock Presents, Route 66, The Untouchables, The Outer Limits, Slattery’s People, The Rat Patrol, Ironside, Gunsmoke and The Mod Squad, amongst dozens of other series.

Asner made his film debut in 1962, in the Elvis Presley vehicle Kid Galahad. Eight years later, of course, was his big break as gruff but lovable Lou Grant on The Mary Tyler Moore Show.

Nominated in the supporting actor category on MTV for seven straight years, Asner won his first non-MTM Emmy for Outstanding Lead Actor for a Single Appearance in a Drama or Comedy Series for miniseries Rich Man, Poor Man in 1976. And he immediately segued into MTM spin-off Lou Grant in 1977 (which resulted in two Emmy wins for Outstanding Lead Actor in a Drama Series).

His second Emmy win outside of his role as Lou Grant was for Outstanding Single Performance by a Supporting Actor in a Comedy or Drama Series for miniseries Roots in 1977.

On the big screen, Asner appeared opposite Paul Newman in crime-themed Fort Apache: The Bronx in 1981, as Santa Claus in Elf, and in Pixar’s Oscar-winning Up, in which he voiced the lead, Carl Fredricksen.

Asner also served two terms as president of the Screen Actors Guild in the 1980s.

More recently, Asner guest-starred on Cobra Kai, playing Johnny Lawrence’s step-father Sid Weinberg, and on comedies Grace and Frankie and Dead To Me.

Sadly, Ed Asner is the third actor from The Mary Tyler Moore Show to pass away this year following Cloris Leachman in January and Gavin MacLeod in May. That leaves Betty White, now 99, as the only surviving cast member from the legendary sitcom.