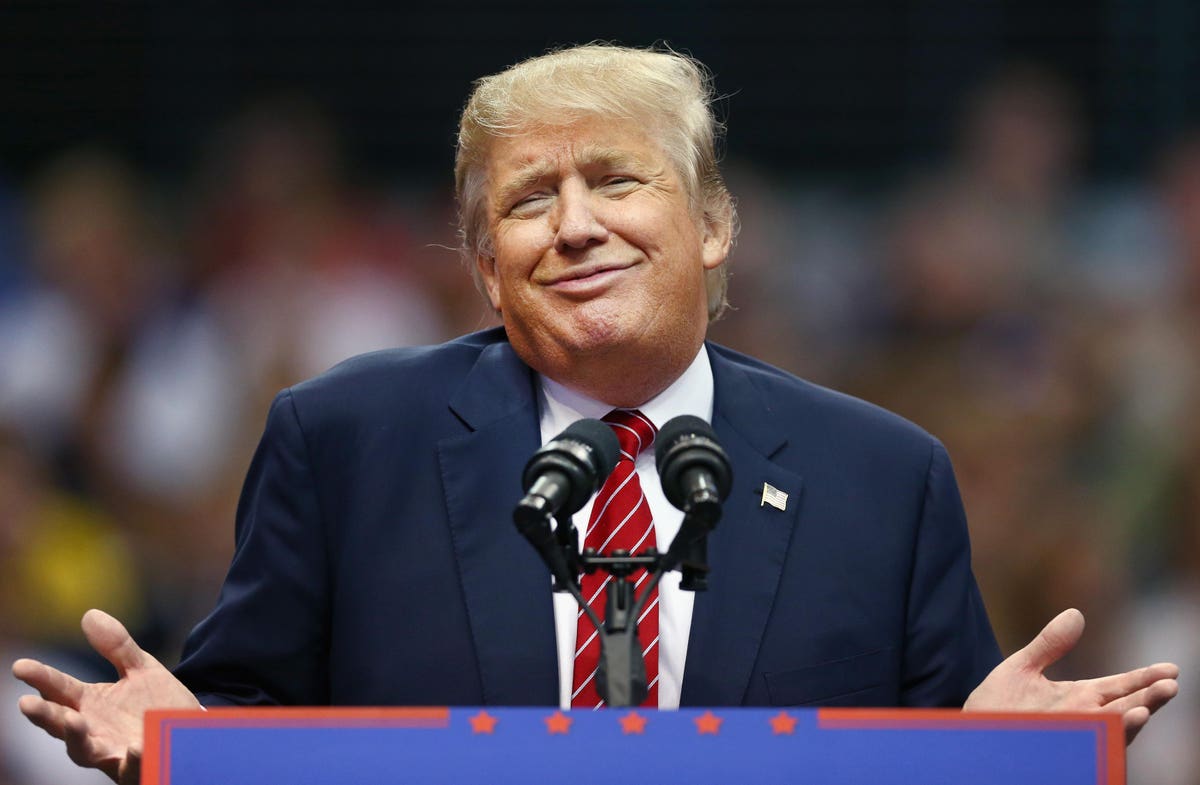 TMTG or former President Trump’s Technology Media & Technology Group posted a 22-page presentation overviewing what it will try and accomplish. It outlines on slide 7 that it will first be going after Twitter and Facebook, along with creating what looks like a subscription offering similar to Netflix and Disney+. At the same time it plans to take on CNN and iHeartMEDIA (the largest owner of radio stations) and in the future create a tech stack that goes up against Amazon’s AWS, Google’s Cloud, Microsoft’s Azure and payment processor Stripe. I guess if Trump throws enough company logos onto a slide it will make what is an overpriced SPAC stock look reasonable.

TMTG’s Truth, targeted to go after Facebook and Twitter, is available for pre-order on Apple’s App store and I suspect will become available on Google Play. It will need these platforms to reach a wide audience.

On slide 8 TMTG has a high-level timeline of U.S. media from newspapers, radio, cable television and social media from the 1790’s to 2021. As can be seen on the timeline it includes when Parler, a conservative social media app, was removed from Apple’s and Google’s stores. Trump’s TMTG Truth could very suffer the same demise if it winds up violating the platform’s terms of service.

Creating a large, scalable and reliable technology platform takes time, commitment and hundreds of millions, if not billions of dollars. Large technology teams have to be hired and retained along with a tremendous number of servers to store and distribute content. Usually a start-up will lean on Amazon’s AWS or Microsoft’s Azure to provide this service in the short-term and potentially longer-term. However, just because the hardware portion is outsourced doesn’t mean TMTG won’t need a large and skillful technology team.

What happens if these companies deem that the content on the servers doesn’t comply with their terms of service? It will be extremely difficult for TMTG to build a large enough organization in a short timeframe to support its offerings and therefore the stock price.

On slide 20 TMTG+ says it is looking to provide “news, big-tent entertainment, exciting documentaries, sports programming and more.” The company appears to want to create a subscription model such as Netflix and Disney+ but with traditional cable or television network offerings.

Netflix and Disney+ have created huge content libraries over multiple years, if not decades, and licensed them in the case of Netflix, which cost and continue to cost billions of dollars on annual basis. If TMTG wants to create this kind of content it will either have to raise a lot more equity or take on hundreds of millions, if not billions of dollars, in debt like Netflix has done.

Cable and TV networks have large staffs and commit to multi-billion dollar deals with sports leagues. It may be able to leverage some like-minded partners but besides talking heads in a studio having true content takes a lot of money.

Unknown ability to capture a large number of users

Trump’s numbers were large but they do not take into account how many were from people that felt “obligated” to follow him when he was President, users who won’t go to the trouble of downloading and using his app and how many were bots.

The presentation also includes that just under one-third of people surveyed by The Hill would use a Trump-backed Social media platform (slide 14). I suspect when people would actually have to do something to join TMTG that the percentage winds up being lower.

Disclosures at the end are a bit strange

The disclosures on page 22, the last slide, include statements about “Use of Non-GAAP Financial Metrics” and “Personnel Disclosure.” What is strange about these is the presentation does not include any financial or personnel information. It may be that these were included in a more robust one as one would think that financial estimates have been generated and shared with a limited audience.