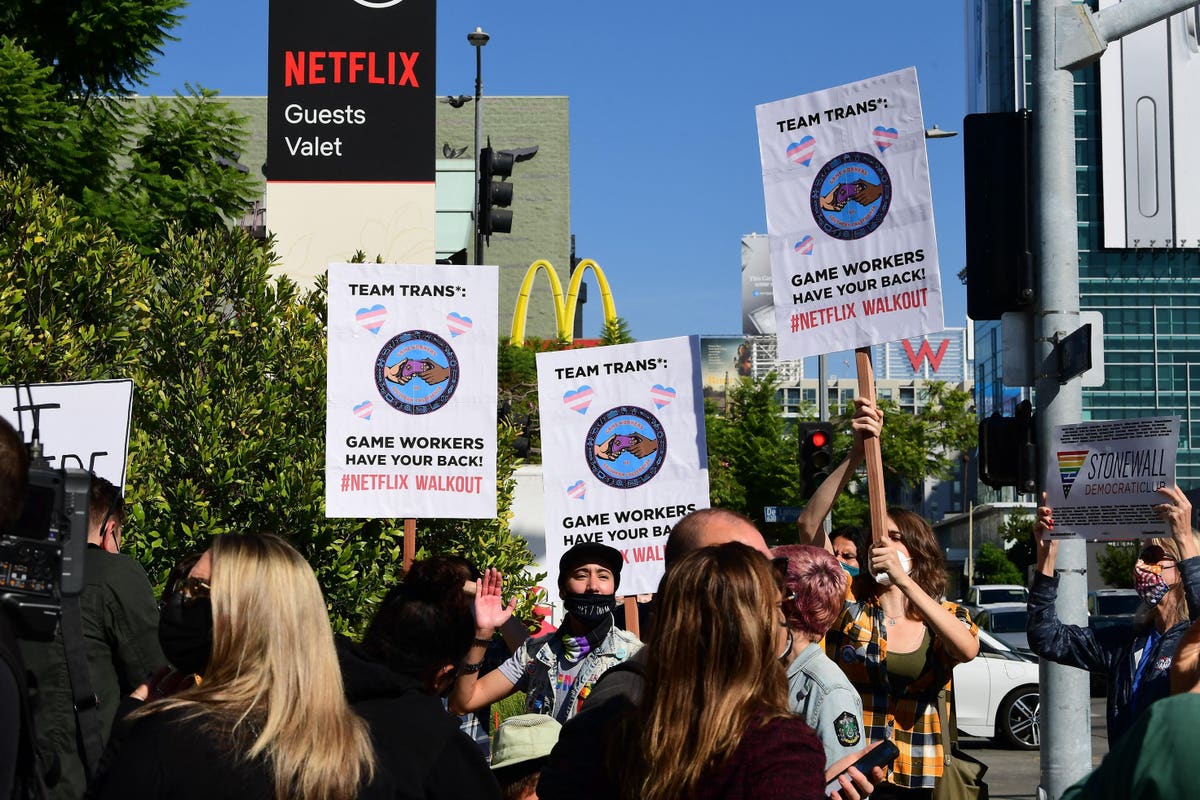 Two former Netflix employees who spoke up against anti-transgender comments made in Dave Chappelle’s new special, The Closer are dropping their labor complaint. One of the two employees has also resigned from the company.

The Closer has been a subject of controversy since it debuted in October. While the special was a popular streaming release on the platform, jokes at the expense of the transgender community lead to protests from Netflix employees and activists. Netflix workers participated in a walk-out in late October to join a rally at the Los Angeles Netflix office.

Terra Field, a trans senior software engineer, voluntarily resigned from the company. “This isn’t how I thought things would end, but I’m relieved to have closure,” Field said in an online post. Field had recently been suspended from the streaming giant for attending a meeting for senior executives but was quickly reinstated before resigning.

Field filed a complaint with the National Labor Relations Board along with trans game launch operations program manager, B. Pagels-Minor. The complaint accused Netflix of retaliating against workers from speaking up about working conditions and “Netflix’s products and the impact of its product choices on the LGBTQ+ community.”

Why the complaint was dropped hasn’t been made public, but Netflix said via statement, “We have resolved our differences in a way that acknowledges the erosion of trust on both sides and, we hope, enables everyone to move on.”

Laurie Burgess, a labor lawyer representing Pagels-Minor and Field, said, “My clients have resolved their differences with Netflix and will be voluntarily withdrawing their NLRB charge.”

The special is still available to stream on the platform even with the surrounding backlash and controversy.