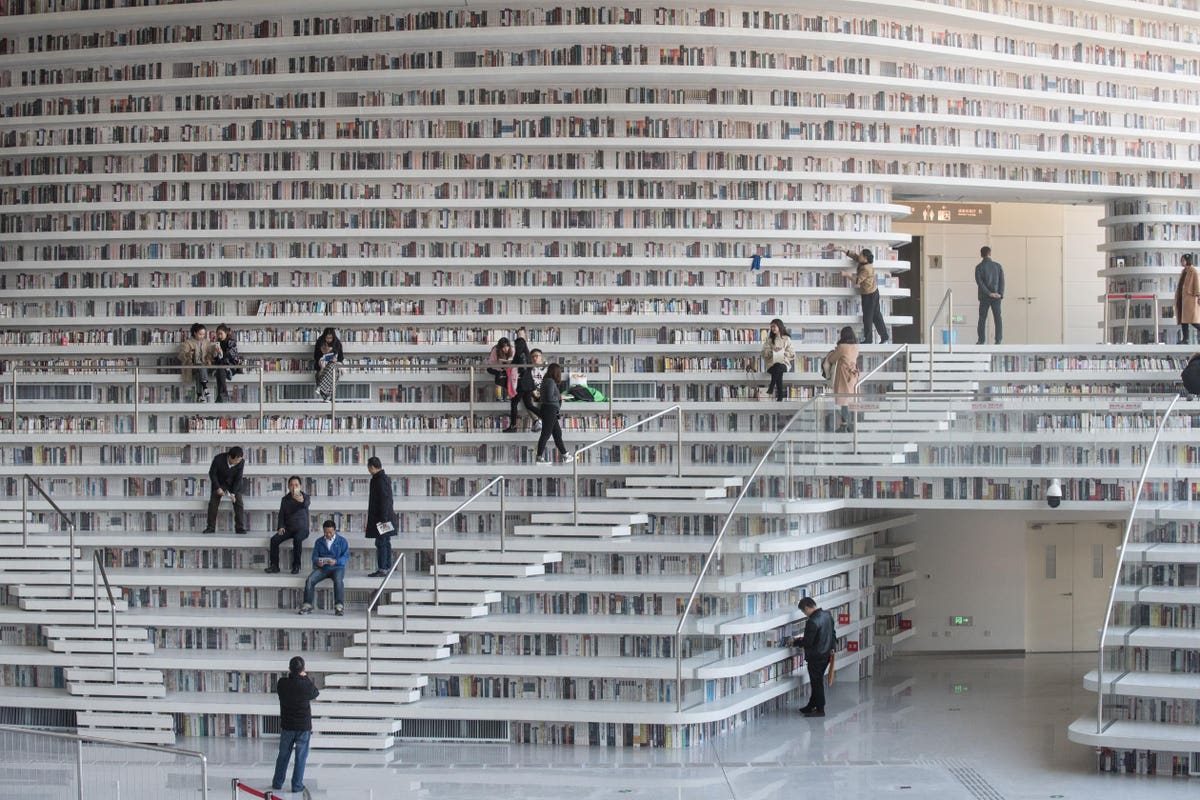 As someone who released a book over the past year, I have been keenly aware of the great works of others published in 2021. The many great contributions reflecting rising trends in technology, the acceleration of digital transformation, the sancitity of customer-centricity, and the importance of remaining aware of the relevance of various trends to the evolution of one’s business all were represented across numerous tomes of consequence in the year that has passed. Here are ten that stood out.

Artificial intelligence is perhaps the most important technology of our time. How will it change the world over the next 20 years? In his latest book, Kai-Fu Lee, author of the bestseller “AI Superpowers” and former head of Google China, provides an immersive vision for how AI will transform aspects of our daily lives.

Amazon Unbound: Jeff Bezos and the Invention of a Global Empire, by Brad Stone

In a follow-up to his 2013 bestseller The Everything Store, Bloomberg News’s Brad Stone offers a perspective on how the company’s innovation and acquisition strategy have propelled it to be the world’s largest e-commerce company.

The Heart of Business: Leadership Principles for the Next Era of Capitalism, by Hubert Joly

As Chairman and CEO of Best Buy from 2012 to 2019, Hubert Joly led the immensely successful transformation of the electronics retailer. In his latest book, The Heart of Business, Hubert gives a look into his philosophy of “human magic” to illustrate how the people of Best Buy created a customer-centric company, and competed successfully against some of the most successful digital native competitors in the process.

Play Nice But Win: A CEO’s Journey from Founder to Leader, by Michael Dell

Successfully navigating a firm through a rapidly changing business landscape requires a good dose of grit and a leader ready to face some setbacks. From dorm-room CEO to leader of a global technology giant, Michael Dell charts the evolution of his eponymous computer company and shares his perspectives on the corporate struggles that defined him as a leader.

The Exponential Age: How Accelerating Technology is Transforming Business, Politics and Society, by Azeem Azhar

We are living through a period of unprecedented technological change, and the pace of change is only accelerating. Azeem Azhar, creator and host of the popular Exponential View newsletter and podcast, explores the widening gap between the pace of change and our ability to adapt, and offers a new framework for understanding the impact of technology on the economy, politics, and the future.

General Stanley McChrystal understands risk at his core, having served at the highest ranks of the American military. In recent years as a business consultant, he has advised executives on how best to apply what he has learned on the topic to the business world. He and his co-author, Anna Butrico, define ten dimensions or controls of risk that we can adjust at any given time. The authors provide the mechanics to develop a healthy Risk Immune System to anticipate, identify, analyze and act upon the possibility that things will not go as planned.

Think Again: The Power of Knowing What You Don’t Know, by Adam Grant

To succeed in today’s fast-changing world, we must not only be continuous learners, but also un-learners and re-learners. We must develop this capacity and inclination in ourselves as well as in our teams. In Think Again, Wharton professor and bestselling author Adam Grant gives us tips and tools to question our assumptions, stay curious and develop nimbler and and more flexible mindsets.

The Age of AI: And Our Human Future, by Henry Kissinger, Eric Schmidt, and Daniel Huttenlocher

How will AI transform our society? In this book, former Google CEO Eric Schmidt, former Secretary of State Henry Kissinger, and MIT Schwarzman College of Computing Dean Daniel Huttenlocher explore how economics, politics, security and even knowledge itself is being re-imagined in the age of AI. They draw upon their diverse experiences as a statesman, a CEO, and an academic to highlight the dramatic changes that AI will usher in, ultimately transforming how we all experience reality.

Futureproof: 9 Rules for Humans in the Age of Automation, by Kevin Roose

With the rising influence of AI and algorithms, some fear that automation will threaten jobs. In Futureproof: 9 Rules for Humans in the Age of Automation, New York Times technology columnist Kevin Roose presents a hopeful future where humans can successfully thrive in the AI age, shares what skills are necessary in a world increasingly influenced by algorithms, and argues that we should focus on being more human rather than becoming more like machines.

The Cloud Revolution: How the Convergence of New Technologies will Unleash the Next Economic Boom and a Roaring 2020s, by Mark P. Mills

There are many pundits who write compellingly about a dystopian future brought on by technology advances run amok, with worries about how companies and the technology they unleash will continue to change our society for the worse. Mark Mills of the Manhattan Institute offers a counter-point to that perspective, positing that we are the cusp of a second “roaring ‘20s” brought on by radical advances in three primary technology domains: microprocessors, materials, and machines. Accelerating and enabling all of this is the Cloud, history’s biggest infrastructure, which is itself based on the building blocks of next-generation microprocessors and artificial intelligence. With a historian’s ability to connect dots across the last century as well futurists pluck to articulate big bets on the future, Mills offers perspectives that are worth contemplating.

Peter High is President of  Metis Strategy, a business and IT advisory firm. He has written two bestselling books, and his third, Getting to Nimble, was recently released. He also moderates the Technovation podcast series and speaks at conferences around the world. Follow him on Twitter @PeterAHigh.