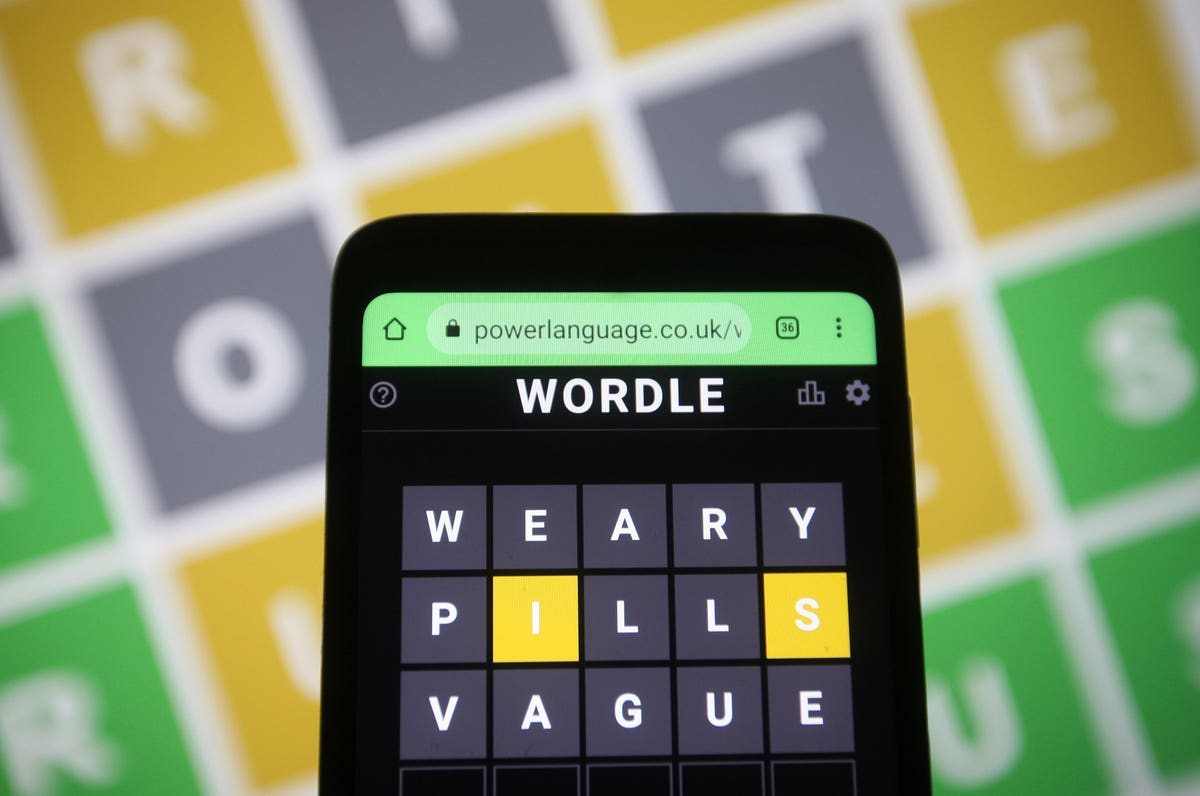 Wordle has become a daily ritual for many of us, a fun way to pass the time, challenge our brains just a bit (but not too much!) and score some bragging rights when we get it in two guesses (luck has nothing to do with it!)

It’s a fine little distraction from the horrors of the world: the daily grind, the rat race, all the existential dread and societal collapse, the slow-rising tide of malaise and apathy. That’s what games have always been for, after all. Distraction in the face of a cold world ruled over by the whims of cruel gods and the twists and turns of fate.

I’m sorry, that’s rather on the darker, more dour side of things isn’t it?

People don’t read Wordle guides just to be reminded that our time on this rock is fleeting, that the environment is in shambles, that late-stage capitalism has a few . . . downsides.

Everything’s fine, folks, move along. Nothing to see here!

On a brighter note, at least today’s Wordle isn’t mourn. That’s a beautiful bummer of a word.

Also, I write about Wordle every day. I have to mix things up a little! And we can’t always be sunshine and roses, can we? Without a little darkness, we’d never sleep.

In any case, let’s get on with it. Today’s Wordle is the 259th entry. Let’s move on to a hint and then the answer.

It’s kind of funny that I started with something we most commonly associate with a liquid (dairy/milk) and the correct answer was also a liquid, often used for cooking purposes.

Getting the ‘I’ in the right spot from the get-go was nice, and my second guess, frill, shifted the ‘R’ into green as well.

I guess I was feeling the double-letters because my third guess, trist, doubled down on ‘T’ though it did me no good. And I’ll be honest, I had this nagging feeling even before frill that ‘B’ might be the starting letter. I just couldn’t think of a good ‘B’ word at first.

Brine popped into my head once a lot of the other possible letters were gone, and I realized that I hadn’t really dabbled with enough vowels. ‘INE’ is a good ending to words and, well, the rest is history. Time to go brine some chicken so that it’s as juicy and delicious as possible!

Happy Saturday, my dearest Wordlers! It’s snowing out in my neck of the woods. Perhaps the last snow of the season. After all, Spring is coming and a Wordler always pays his debts.