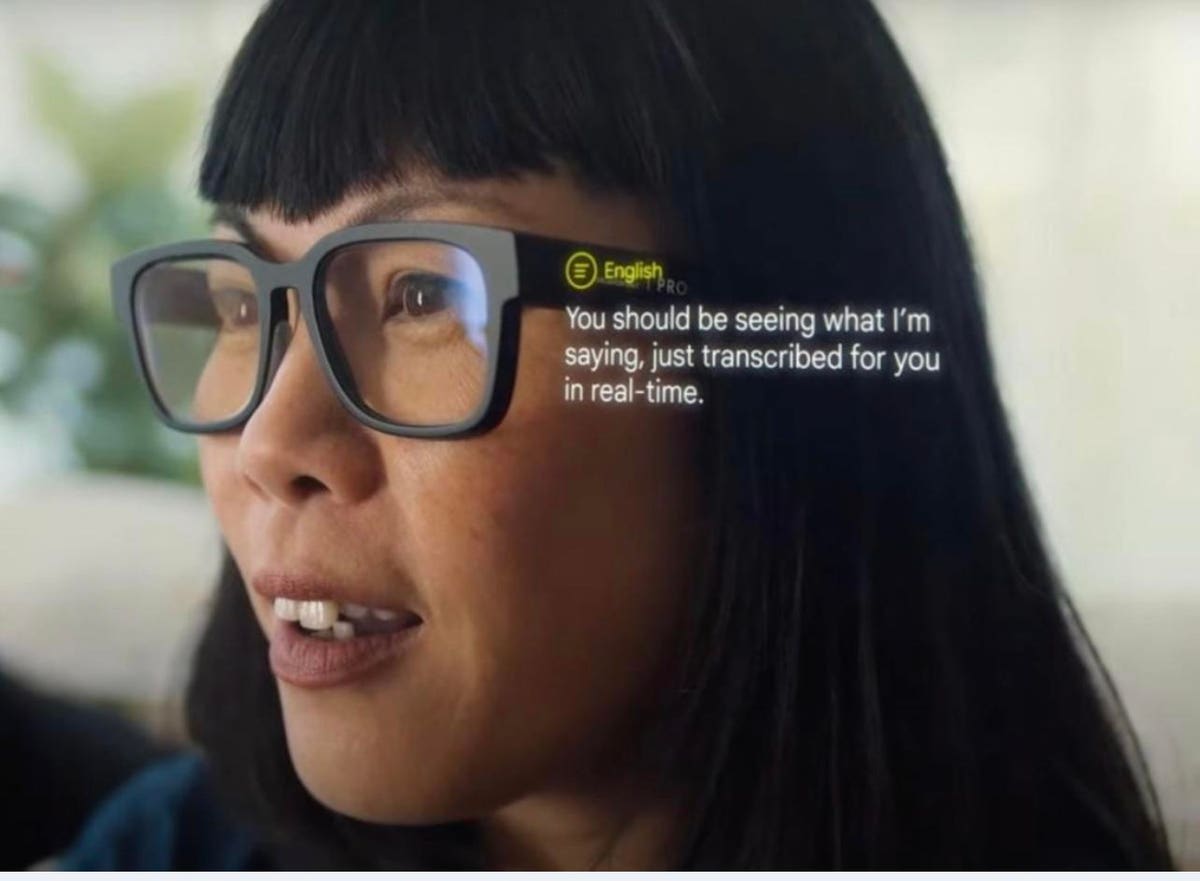 Google made some big AR announcements at its annual developer conference, Google I/O, starting with upgrades to Maps. ARCore Geospatial API (developer nerd speak) could enable AR content to be precisely geolocated, a feature Niantic Lightship and Snap are making available as well. Google added AR layers on top of Google Maps, called Live View, in 2019. Now they’ve taken it a step further with Immersive View in Google Maps, which fuses together aerial and street level images. That’s not all. Google also showed off a new smart glasses prototype. It looks like a regular pair of glasses and does real time translation, among other practical tasks. Google purchased North, which made the Focals smart glasses, in 2019. No one has tried them, and no release date was announced. One writer described the prototype as more more HUD than AR. It was announced last week that Google acquired MicroLED Startup Raxium to Bolster AR Capability so clearly they are just getting started.

Meta announced last week it planned to introduce four new VR and AR headsets in the next two years. This week we got a closer look at Meta’s high-end Project Cambria from CEO Mark Zuckerberg himself. The outward facing high-resolution color pass-through camera will allow the new VR headset to create true mixed reality, blending your physical surroundings with your virtual experiences. ​​

In other Meta news, the company announced its Venues app will be incorporated into its social app Horizon Worlds. Meta’s two top dogs, Andrew “Boz” Bozworth, CTO, and CEO Zuck, flew to Milan to give Luxottica, the luxury eyewear company that partners with Meta on its stylish Ray-Ban Stories, a look at their interface for smart glasses. It’s a wristband that detects hand movements which might control AR glasses in the future.

Snap and Live Nation Partner to make AR Lenses for Live Concerts The companies announced a multiyear deal that will bring Snapchat’s mobile AR experiences to Live Nation concerts. Snap will supply geospatial applications to enable users to find friends at the venue, or bring the show to life with AR content which can easily be shared on social media. The first Snap-enabled AR Live Nation concert will be the Electric Dance Carnival in Las Vegas next week.

Play Fortnite on iOS, iPadOS, Android Phones and Tablets, and Windows PC with Xbox Cloud Gaming for Free Microsoft’s Xbox has partnered with Epic Games to make Fortnite available for free with Xbox Cloud Gaming (Beta). If you’ve got a Microsoft account and iOs, Android or Windows PC sign in to Xbox.com/play with your Microsoft account to join the next Battle Royale on Fortnite. Cloud streaming is the path to realism in games and eventually, VR.

This Week in XR is now a podcast hosted by Ted Schilowitz, Futurist at Viacom, and Charlie Fink, the author of this weekly column. Our guest this week is Rony Abovitz, CEO, Sun and Thunder and founder of Magic Leap. You can find us on podcasting platformsSpotify, iTunes, andYouTube.

Chris Dixon (Andressen Horowitz) Thins Web3 Is the Future of the Internet – Is it? (Nilay Patel/The Verge)

The Arms Race to Build The Metaverse (Derek Robertson/Politico)