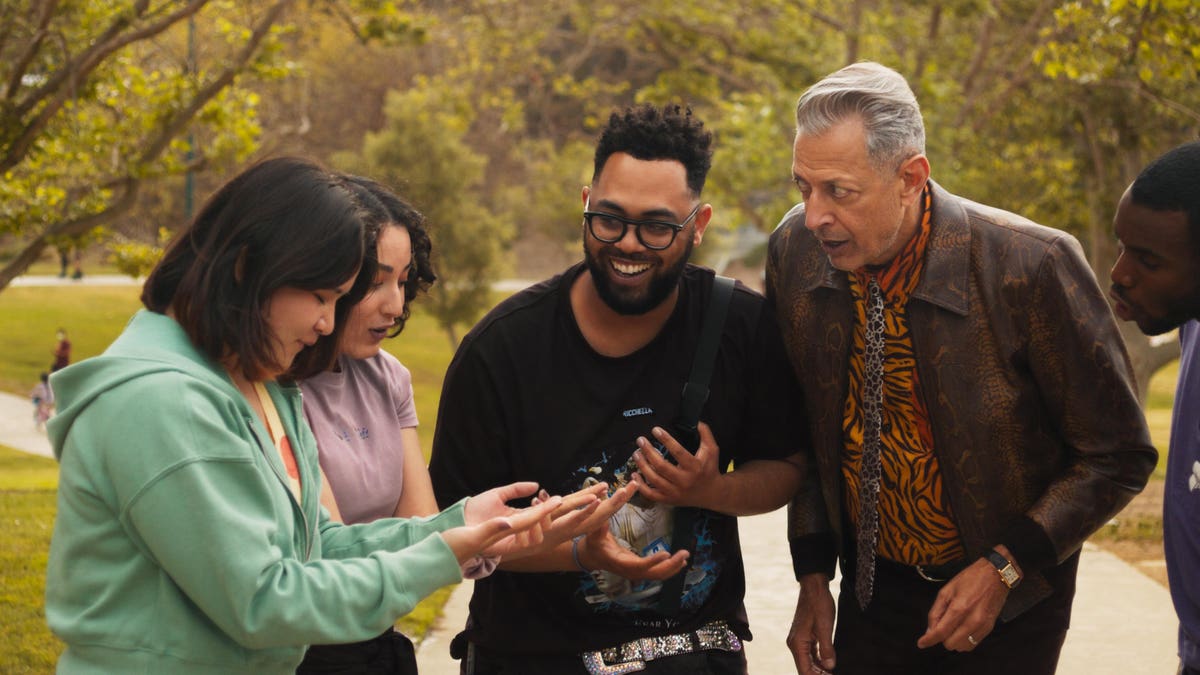 Have you ever wondered why something happens, or how something works? Of course, you have. Jeff Goldblum is also quite curious, and dives into understanding the why and how behind a number of life’s great mysteries—or mysteries, at least—in the series “The World According to Jeff Goldblum” on Disney+.

Goldblum explores a variety of interesting topics in Season 2, including fireworks, monsters, dogs, and motorcycles. One topic in particular caught my interest, though: magic.

Personally, I have always been very entertained and fascinated by magic. I grew up watching David Copperfield and Penn & Teller, and I love modern magicians like Criss Angel and David Blaine. The combination of physical dexterity and mental skill is impressive. The fact that someone can combine distraction and sleight of hand to convince you that something happened that is virtually impossible is mind blowing.

The episode of “The World According to Jeff Goldblum” that focuses on magic delves into the neuroscience behind it. Logically, you know you can’t possibly be seeing (or not seeing) what the magician has convinced you to see. Rationally, you know it’s not possible. So, what goes on in your brain to convince you otherwise?

Dr. Stephen Macknik and Dr. Susana Martinez-Conde wondered the same thing. They research this very thing, and they joined Jeff Goldblum for the episode—connecting him to a brain monitoring device to show the audience what happens as his mind is being tricked.

I had an opportunity to speak with these two researchers to learn more about the science behind the magic. They explained that it is not a physiological phenomenon, per se. Rather, magicians take advantage of the way our brains are wired to hack into our attentional system and our perception and make us see what they want us to see. The goal is to get the audience to focus on the magical effect and not the method underneath it.

Dr. Machnik told me that the pair initially began researching vision, and the human visual system. They looked into visual illusions and why sometimes our perception does not match physical reality.

“If it’s something actually happening in the brain, then that tells you something important about how the brain creates our conscious world around us—kind of the brick and mortars of our experience,” explained Dr. Machnik. “And so, we realized that magic is the same thing, but in cognition. It’s where cause and effect breakdown. It’s where other aspects of memory break down. It’s where the magicians are doing the same kinds of things that we see in visual illusions, but they’re doing it in circuits of the mind that are related to cognition.”

While the initial focus of the research was to understand more about neuroscience by examining how the brain functions while viewing magic, they also quickly realized that this science can work in the other direction as well—providing magicians with valuable insight into why tricks work or don’t work and enabling them to improve.

Dr. Martinez-Conde said, “There’s a whole field of magic called magic theory, which is the magicians’ hypothesis or ideas about why magic works, but this has never followed the scientific method. In fact, in our collaborations with various magicians already, we have put some magic theories to the test and some of them pan out and some of them don’t. So we are able to also contribute that to the study of magic—to magicians from neuroscience.”

As I said at the beginning—magic for me is part entertainment and part fascination. Some part of me really wants to understand why the trick works and how the magician was able to convince me that I saw something that could not possibly be. But, part of me doesn’t want to spoil the illusion by understanding its mechanics.

Dr. Machnik shared a perspective on this I had not considered, though. “The sunset is beautiful. I love watching it. And I don’t think that understanding that we’re on a planet that’s orbiting the Sun, and that the planet’s turning on an axis, and that’s what the fundamental nature of the sunset is—I don’t think that that ruins the sunset for me, I think that enriches it.”

Regardless of your views on magic or sunsets, if you’ve wondered why things happen or how things work, there’s a good chance you will learn some interesting facts and insights by exploring these topics with Jeff Goldblum. Season 2 of “The World According to Jeff Goldblum” premiers today on Disney+.