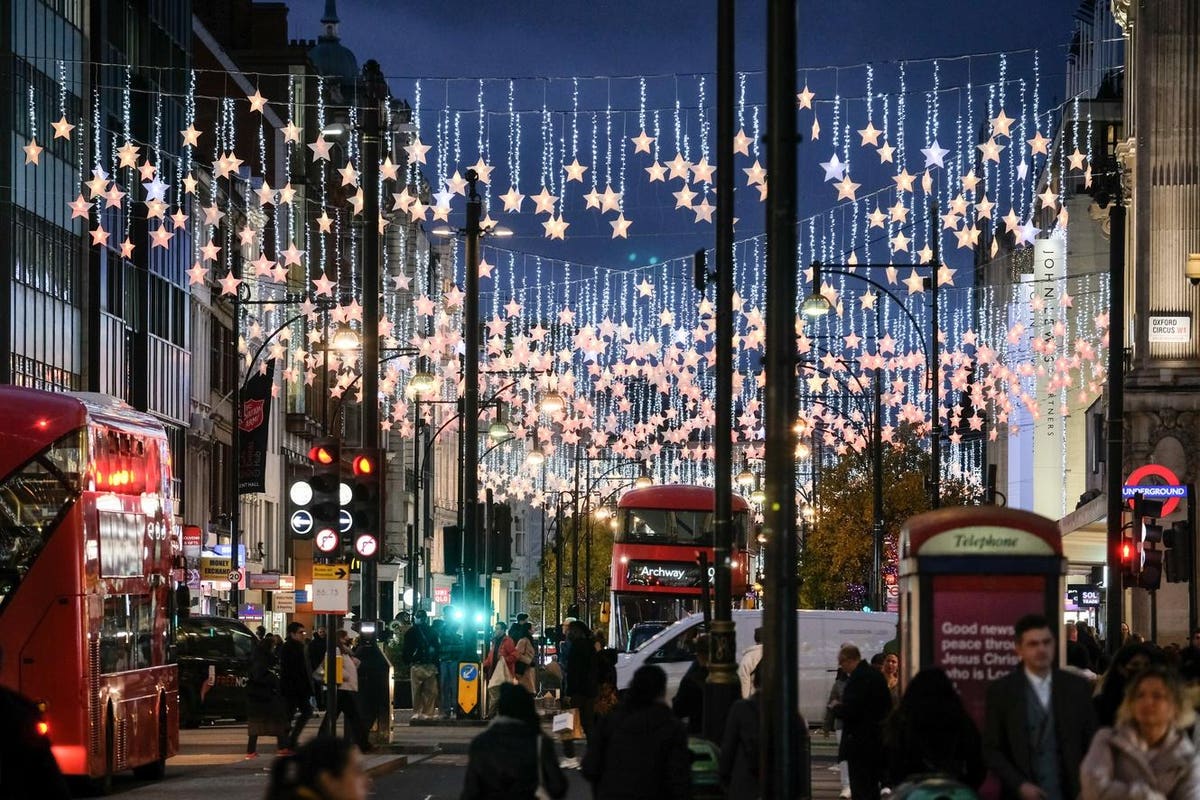 London’s embattled West End has been dealt a “hammer blow” in its bid to recoup from a disastrous year as the U.K. government prepares to push through more stringent Covid measures in a so-called “Plan B” initiative.

The government’s new measures will require mask to be worn in most indoor locations and on public transport, while it has issued a work from home advisory that saw already depressed commuter numbers fall by a fifth this morning.

The moves come at a time when South African Covid variant omicron shows every sign of sweeping through the U.K. and the CEO of New West End Company – the organization that represents 600 brands, restaurants and businesses in the West End – reacted with dismay to the news.

Jace Tyrrell said: “While our top priority remains the safety and wellbeing of our customers and colleagues, and we fully support mandatory mask wearing in shops, the renewed work from home order during the most important trading period of the year is a hammer blow for our retail and leisure tenants. Many businesses have committed time and money in their Christmas plans in a bid to make up for last year’s losses – vital investment that they won’t be able to recoup.”

New West End Company had revealed its latest footfall figures for last week, with footfall up 3% week on week in encouraging new for London’s primary shopping district, even those these figures were still down nearly a third from pre-pandemic figures.

Footfall was up 3% week-on-week and up 43% year-on-year in the week commencing 6th December, with Sunday experiencing the biggest boost, with footfall across the West End up 26% week-on-week. However, West End footfall was still down 30% compared with 2019.

Tyrrell reflected: “Retail and hospitality is the largest private sector employer in Britain, and it is vital that the Government now focuses on how it can help match the pace of restrictions with vital business support. We urge the Government to look at temporary measures to ease pressure on cash flow, such as reducing or delaying VAT payments, business rates and other corporate costs. We must see a clear path out of Plan B and back to recovery.”

The number of passengers on the London Underground on Monday morning was down 18% on last week as the reintroduction of working from home advice had an immediate impact on commuter numbers, Transport for London revealed.

TfL said there were one million entries and exits on the Underground by 10am, compared with about 1.22 million on Monday last week, equivalent to about 500,000 journeys.

This represents about 46% of normal morning rush hour passenger figures on the Tube, compared with pre-pandemic levels. Passenger numbers on the buses were down 6% week-on-week to 1.15 million journeys.

While the pace of spread of omicron across the U.K. makes it tough for retailers to argue against new measures, the timing could hardly be worse for London’s West End. Oxford Street has already seen the loss of department stores, the likely acquisition of Selfridges and unprecedented retail vacancies along the famous retail avenue, which has become home to, among other things, multiple American Candy stores.

Although the West End was boosted with the recent announcement that IKEA would take the former Topshop flagship on the junction between Oxford Street and Regent Street, central London has borne the brunt of lockdown measures since March 2020.

The number of overseas tourists to Britain in the run-up to Christmas was already expected to plunge by three quarters compared with 2019, according to trade body UKinbound. And its study was carried out before Saturday’s announcement by Prime Minister Boris Johnson of fresh restrictions on travel to Britain, which suggests the true picture for businesses reliant on foreign tourists will now be even worse.

All overseas arrivals must self-isolate and take a PCR test from 4am Tuesday under measures to curb the spread of the omicron strain.

UKinbound chief executive Joss Croft said of the impact on London’s shops: “With annual revenues down 93% and international visitors expected to be down 75% during a critical part of the year – Christmas – businesses are skating on thin ice. The cancelling of London’s New Year’s Eve fireworks and New Year’s Day Parade, both huge draws for international visitors, have only exacerbated problems.”