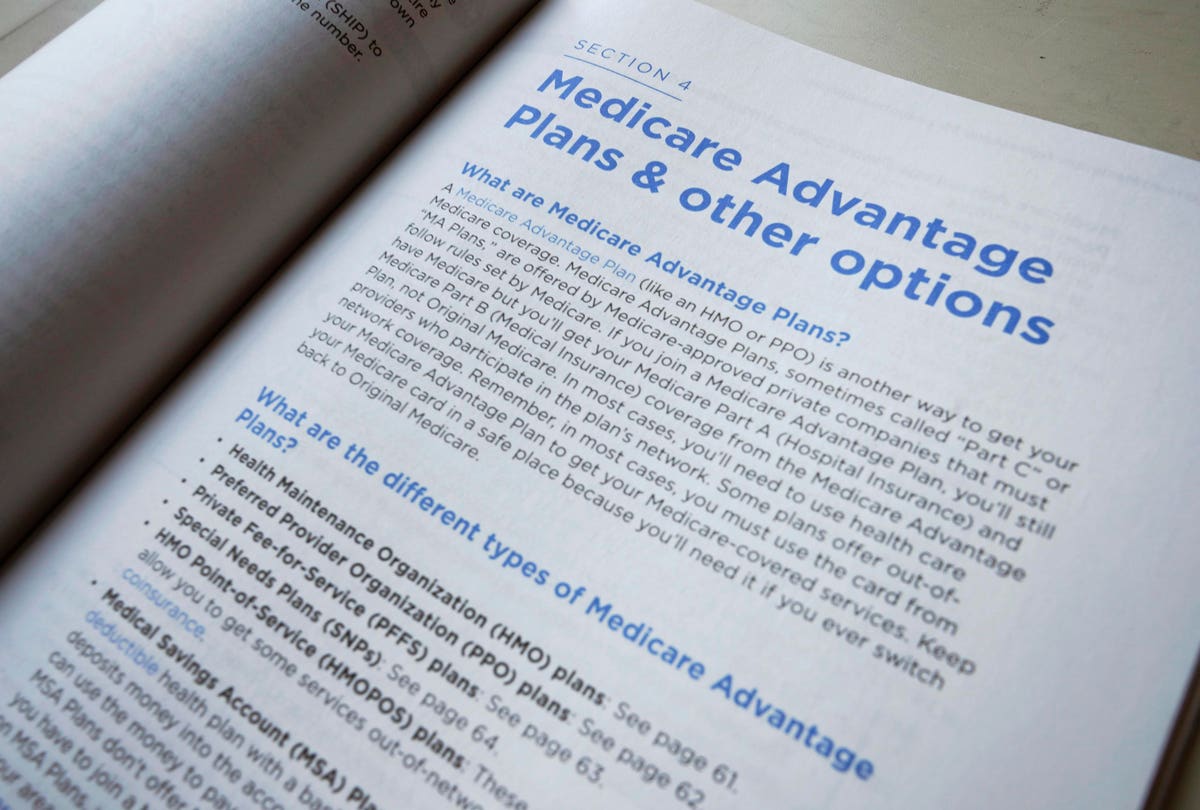 By Richard Eisenberg, Next Avenue Editor

Now that it’s Medicare Open Enrollment season through Dec. 7, if you’re 65 or older and eligible for Medicare, or a loved one is, you’ll want to know the answer.

My “Friends Talk Money” podcast co-hosts and I just looked into the popular Medicare Advantage plans (also called Medicare Part C plans) for our latest episode, speaking with Medicare maven Diane Omdahl, of the 65Incorporated.com site. These plans, now chosen by 42% of Medicare beneficiaries, are sold by private health insurers, as opposed to the alternative Original Medicare program offered by the federal government.

What the Medicare Advantage Commercials Say

Omdahl told listeners: “Based on the commercials that are on television every day, people see something they think is going to be more cost effective and then they opt for that [Medicare Advantage] coverage without really knowing what they’re getting into.”

She’s right. A recent survey by the Kaiser Family Foundation found that seven in 10 Medicare beneficiaries didn’t compare coverage optionsduring the most recent Open Enrollment period. And in a MedicareAdvantage.com survey of over 1,000 beneficiaries, three out of four called Medicare “confusing and difficult to understand.”

According to the Kaiser Family Foundation, the average Medicare beneficiary has a choice of 54 Medicare plans, there are 766 Medicare Part D prescription drug plans and a record 3,834 Medicare Advantage plans will be available in 2022 (up 8% from 2021).

Here’s the bottom line from Omdahl and the “Friends Talk Money” hosts: Some of what you hear on those Medicare Advantage TV ads is true, but the fine print shows that “free” isn’t really “free.” When the commercials say “zero premium, zero deductible and zero co-pay,” that’s not the whole story.

There’s also a Medicare Advantage Open Enrollment period, from Jan. 1 through March 31, when you can switch your Advantage plan to a different one or switch back to Original Medicare and sign up for a Part D plan.

Medicare Advantage plans, usually bundled with prescription drug coverage, typically require you to use health care providers in their network. The policies limit your annual out-of-pocket costs for covered services.

“People need to go beyond the commercials” to understand the fine print of Medicare Advantage plans, Omdahl said. “There are indeed zero-premium Advantage plans and many of the plans do not have any [annual out-of-pocket] deductibles. But the zero co-pay is misleading. Zero co-pay is for your primary doctor; depending on where you live, co-pays may apply in other situations.”

In addition, noted Omdahl, “start digging into the evidence of coverage and you will see that Medicare Advantage is pay-as-you go: fifty dollars to see a specialist, four hundred dollars a day for five or six days of hospitalization. So you are writing checks, and that’s what people don’t realize. They think ‘zero premium’ means it’s free, which it’s not.”

Savage said that due to the Medicare program’s rules, Medicare Advantage enrollees could wind up paying out of pocket as much as $7,500 a year; more than $11,000 a year if you use out-of-network health care providers.

“These plans work best if you don’t get sick,” she said. “Once you need to see a lot of specialists, then you start paying.”

Omdahl said that before signing up for a Medicare Advantage plan, understand that anytime you want care other than an emergency, the plan has to approve it.

“If you need physical therapy, for instance, the plan has to approve the request for the service and then they’ll usually say the person gets three visits or five visits or whatever. So, they are controlling the utilization of services of the members,” she explained.

Savage said if you’re in a Medicare Advantage plan and want to switch back to traditional Medicare for 2022, you could run into a problem. “If you have become ill, there’s a medical underwriting [a health care provider must check you out before you’re granted coverage] and in most states they can turn you down for the most comprehensive Medicare supplement [Medigap] plan.”

Think Before You Switch

So, Savage advised, “think very carefully before you switch out of traditional Medicare, which lets you see just about any doctor or go to any hospital.”

That means the Medicare Advantage enrollees were more likely to have a treatment plan where someone would review their prescriptions for them and handle medical concerns relatively quickly. “By providing this additional help, Medicare Advantage plans are making it easier for enrollees to get the help they need to manage their health care conditions,” the study said.

Of those with a health condition, a larger share of Medicare Advantage enrollees in the study said that a health care professional had given them clear instructions about symptoms to monitor and had discussed their priorities in caring for the condition.

Where to Get Medicare Help

Three other useful resources for Medicare Open Enrollment shopping (in addition to 65Incorporated): the Medicare.gov site, the eHealth Medicare site and the site for the State Health Insurance Assistance Programs known as SHIP.

“There’s no right or wrong” when it comes to choosing between traditional Medicare and Medicare Advantage plans, Savage said. “As long as you’re well-informed about these Medicare decisions you’ll be in great shape for 2022.”