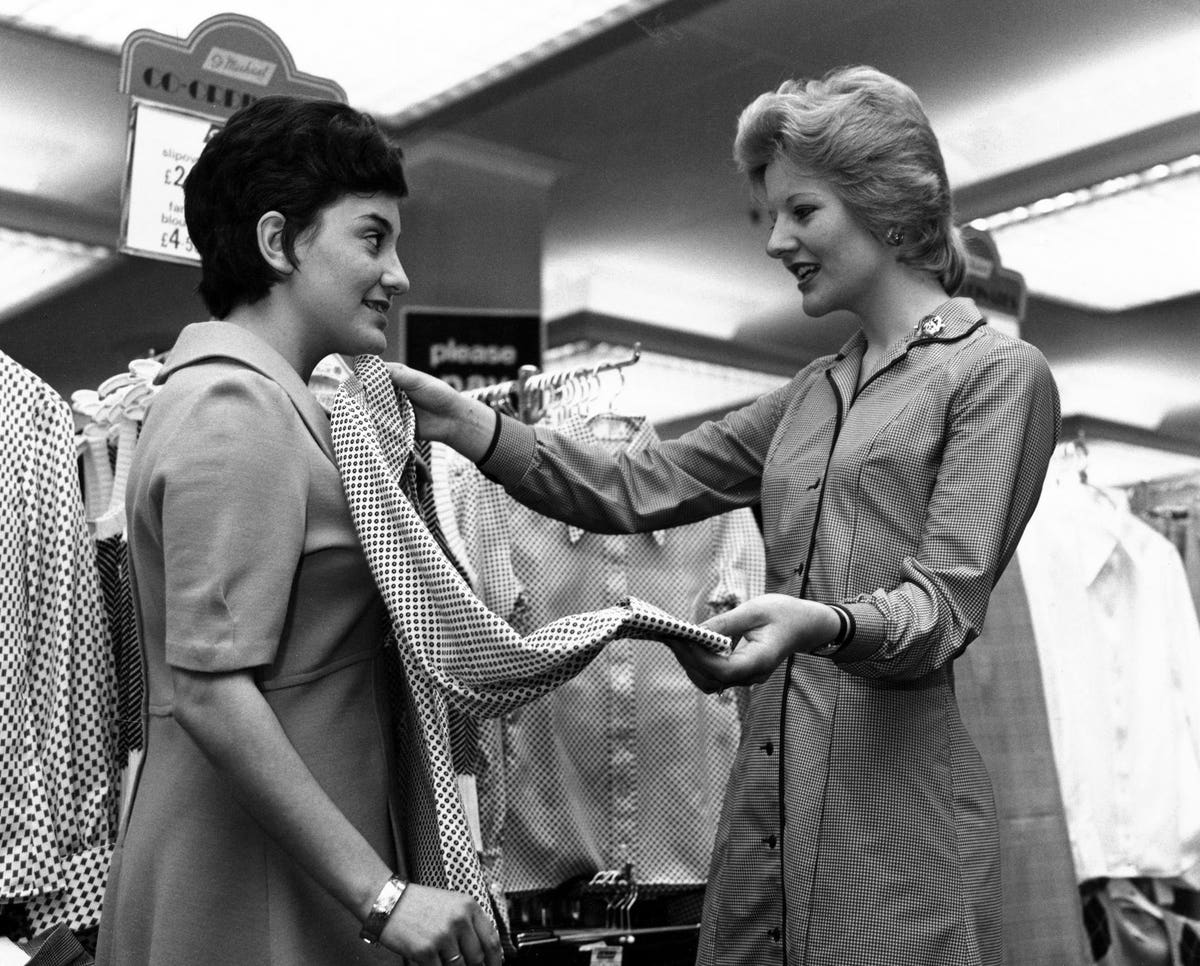 If you are looking for some spare cash, it might be time to rummage around in the back of your wardrobe, or that draw where your old fashion items are resting quietly in peace. Because if there is one thing we have learned this week, it is that no apparel brand is so lame that it can’t become cool again.

Indeed, it probably came as much of a surprise to U.K. department store retailer Marks & Spencer as everyone else that a fervent vintage market had opened up for its St Michael brand, which it discontinued in 2000 as it endeavoured to turn around its fortunes amid a profit plunge.

At the time St Michael had been part of the retail giant’s clothing line for 72 years, after its launch in the 1920s in tribute to the firm’s co-founder, Michael Marks, who opened the first store with Thomas Spencer in 1884.

Now the old Marks & Spencer brand is being resurrected, exciting young and old fashion fans alike, with many of the vintage buyers unaware that St Michael is even an M&S brand.

Growing consumer demand for retro apparel style has inspired the move. There are, at present, around 16,000 items on eBay, ranging from vintage St Michael shirts and pleated skirts, to St Michael velvet blouses and robes, spanning the decades.

Some of the priciest items on eBay at the moment include a 1940s floral silky house robe for nearly $175 and a 1980s blue belted high neck dress for around $70.

And now Marks & Spencer has responded to the rising popularity of its classic items, after discovering that young fans of vintage fashion have been snapping up its old lines from online retailers.

The retailer confirmed that it is “just starting to play with it and test reaction” of the return of St Michael, introducing a $40 rugby shirt and a sweatshirt for $35 as trial items.

Richard Price, managing director of M&S Clothing & Home, said: “We’ll continue to listen to our customers’ feedback on our ranges. Alongside great products, our customers want a seamless and inspirational shopping experience whether they’re online or in-store and we’re continuing to make changes.”

Last month, M&S revealed that sales of clothes and homeware were up by around 92% in the first half of 2021 compared with last year and sales were just 2.6% lower than in 2019.

As a result, M&S has hiked its profit forecasts for the full year, saying it is on track to beat its earlier guidance of between $415 million and $485 million.

However, outside the U.K. the retailer is encountering a supply chain nightmare and could close some of its French stores after new Brexit border controls have left it struggling to keep shelves full, with lengthy delays leading to tonnes of food being spoiled and gaps on shelves.

Marks & Spencer chief executive Steve Rowe has sought to focus on improving its U.K. operations and has handed over the running of its overseas stores to franchise partners and the latest review puts the future of 20 of those stores, mostly in Paris, in doubt, according to the Mail on Sunday. The extent of closures is not yet clear, with the final decision likely to depend on the commitment of its two French franchise partners.

M&S has declined to comment on the likelihood of store closures, but in a statement it said: “In light of the new customs arrangements, we are taking decisive steps to reconfigure our European operations and have already made changes to food exports into the Czech Republic. We operate a franchise business in France and are undertaking a review of the model with our two partners.”