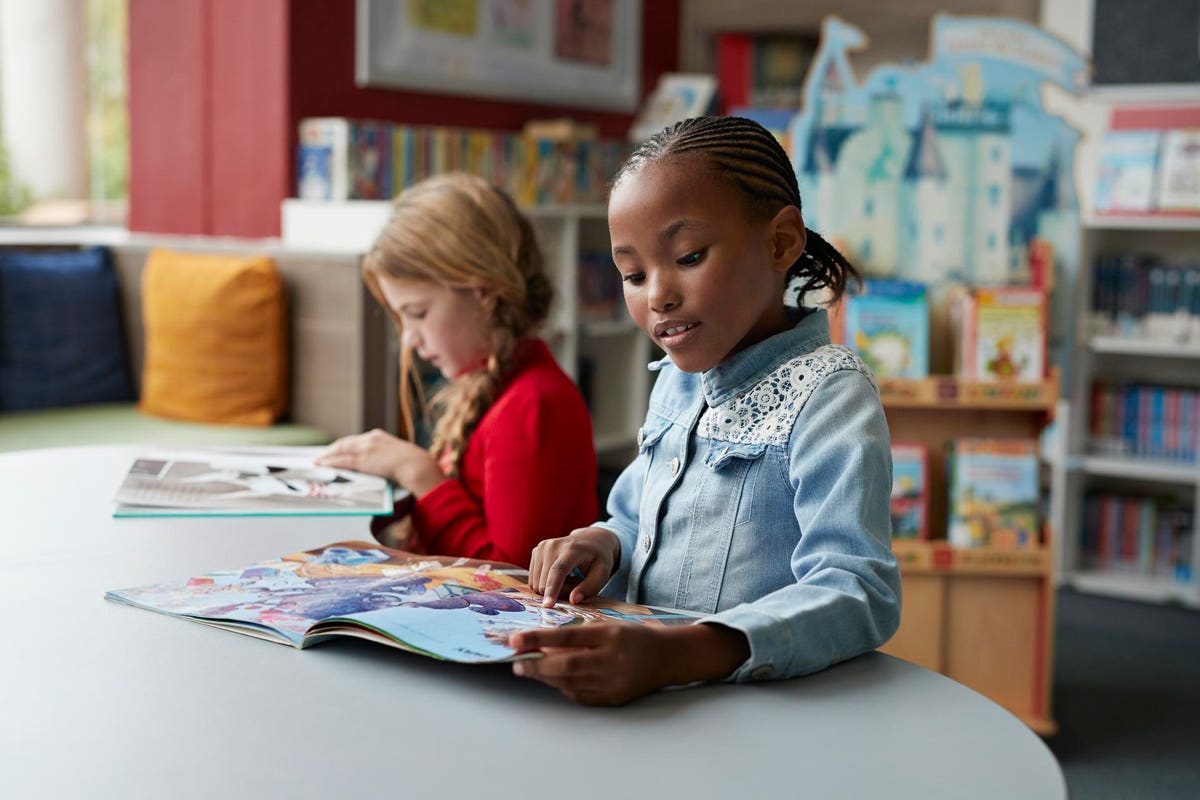 The U.S. has a significant literacy problem. Some 21% of adults in the country are completely or functionally illiterate, and more than a third of students are below basic reading level in the fourth grade.

By so radically disrupting schooling, the Covid-19 pandemic has only made this problem more acute. A Stanford study found the reading fluency of second and third graders is lagging by approximately 30% in comparison with what would be considered the norm in an uninterrupted year.

Thankfully, companies like Dollar General, in partnership with the Dollar General Literacy Foundation, are helping to bridge the gap with literacy initiatives.

“The recent and significant shifts in the educational landscape have made our work and mission even more critically important, and we are as committed as ever to creating access to high-quality education for all individuals,” says Denine Torr, Dollar General’s vice president of corporate social responsibility and philanthropy and Dollar General Literacy Foundation’s executive director.

As of September 2021, the Dollar General Literacy Foundation has invested more than $200 million in grants to nonprofit organizations, schools and libraries that have helped more than 14 million individuals of all ages learn to read, prepare for the high school equivalency exam or learn English.

Dollar General’s commitment to literacy and education is rooted in the life history of its cofounder James Luther (J.L.) Turner. In 1902, after his father died in an accident, the Tennessee-born Turner had to leave school to help support his mother and siblings on their family farm. He was only 11 years old.

Turner never completed his education and was functionally illiterate. Despite his challenges with reading, he was intellectually curious—and a keen businessperson. In 1939, after a number of sales and retail ventures, he partnered with his son, Cal Turner Sr., to open a wholesale business. Together, the father-and-son duo opened the first Dollar General store in 1955.

To honor J.L. Turner’s legacy, his grandson (and former Dollar General CEO) Cal Turner Jr. started the Dollar General Literacy Foundation in 1993. Each year, the foundation funds schools, libraries and nonprofit organizations located within 15 miles of the company’s stores or distribution centers. The goal is to help individuals of all ages pursue their educational goals and achieve their dreams by investing in literacy programs.

“Education is essential in creating a vibrant future,” says Torr. “It fuels our workforce and skilled labor. It changes the conversations around the dinner table, increases civic engagement and creates pathways to opportunity.”

“We believe everyone deserves an equal opportunity to receive a basic education that will help them to achieve their dreams,” Torr adds.

Among the key programs that fall under the foundation’s umbrella is Beyond Words, which supports public school libraries recovering from major disasters. Since 2006, the program has awarded $2.7 million to help with rebuilding efforts following floods, hurricanes, tornadoes, fires and other occurrences.

“We recognize the importance of providing literacy for all individuals—at any age,” Torr explains. “Falling behind in literacy competency as a child has a ripple effect all the way into adulthood.”

Research shows that parents have a crucial role in developing children’s ability to read, and 34% of children entering kindergarten in the U.S. lack the basic skills needed to do just that.

That deficit continues to have an impact throughout their lives. In the U.S., 43 million adults don’t have the literacy skills required to be economically self-sufficient. Low literacy also has an impact on adult poverty, which further affects children. It’s also costly for the economy, with a recent economic study from the Barbara Bush Foundation for Family Literacy suggesting that the U.S. could be losing up to $2.2 trillion annually because of low adult literacy rates.

For these reasons, Dollar General firmly believes in the value of a holistic, all-ages approach, and provides generous support to make this happen. In fiscal year 2020, the Dollar General Literacy Foundation distributed $16.1 million in grants to programs that helped more than 1.4 million students. Across the 46 states where Dollar General has a presence, the foundation awarded funds to more than 1,800 schools, nonprofit organizations and libraries to boost literacy programs, provide access to educational materials and technology, and support teachers.

New Initiatives—And Work To Be Done

As educational and literacy needs evolve, the Dollar General Literacy Foundation has supported new initiatives in keeping with its mission. In 2020, the company announced a pledge to provide funding to organizations working to improve racial equity and education. It’s also partnering with the American Indian College Fund to extend access to programming for adults working toward their high school equivalency at tribal colleges and universities.

Following the disruption of education that began in 2020, Torr believes that Dollar General’s mission remains crucial, and the company continues its commitment to it.

“There is still much more work to be done, particularly in light of the pandemic,” she says. “It is incredibly important to us to continue to leverage relationships, partnerships and the support we can offer to improve the lives of individuals and further our mission.”