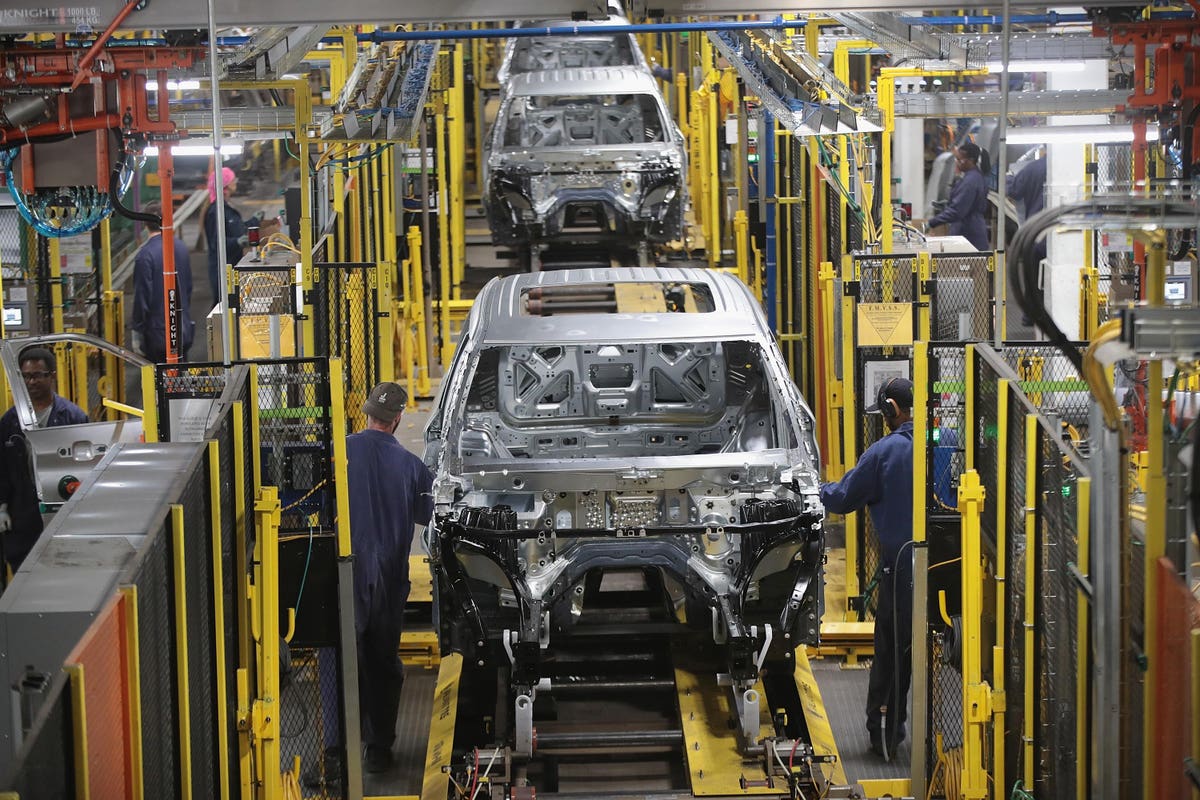 How much of the company’s investment is recovered via revenue? What investment would it take to sell the quantity of product we pushed out this year? How much of our investment will lead to growth via acquisition of new customers?

One of the first things business professors teach in an introductory finance class is how to plan the capital budget. The instructor dutifully asks students to project how a capital outlay – such as a machine in a factory – could produce future cash inflows and potential revenues. After a prolonged discussion about the correct cost of a machine to subtract from its potential cash return, students arrive at a net present value (NPV) of that investment. When students plan how much to invest in their potential business, they compare the NPV with the cost for purchasing the machine. The decision rule is that if the NPV of the exceeds the initial purchase price, the investment is a go.

But even though this elementary idea is a core tenet of investment, it is routinely misused, distorted or simply ignored, as illustrated below.

How much of the PP&E and intangible investment is recovered via revenue?

This is a question that rarely gets asked. But the question is simply a logical extension of the NPV analysis to justify an initial investment. Part of the problem is a growing obsession with marginal pricing, especially since the advent of the Internet. The prevailing theory is that the product price simply needs to cover the variable costs, because increased volume will eventually allow a business to reap economies of scale from network effects and pay for the fixed costs incurred to set up the network effects. As I have written before, investors can rarely test this narrative because financial statements do not break down a firm’s cost structure into fixed and variable costs.  Even more worrying, how many CFOs ask/know the portion of the fixed costs used to build productive capacity were recovered from the sale of every marginal product?

Charging maintenance capex, not depreciation, to the income statement

The right question for an investor to ask is this: “What is the annual cost of productive capacity that we should charge against revenues such that capacity costs sustains the revenue generated by the company?” Some call this number “maintenance capex.” Warren Buffett, in his 1986 letter to shareholders, defines maintenance capex (my label, not his) as “the average annual amount of capitalized expenditures for plant and equipment, etc. that the business requires to fully maintain its long-term competitive position and its unit volume.” The remaining capex, labeled “growth capex” should ideally be capitalized as an asset on the balance sheet.

I wonder whether CFOs underestimate the real cost of productive capacity, especially maintenance capex which, in turn, suggests that reported margins are not sustainable. As an analyst, what can you do to estimate maintenance capex? Research by our graduate student, Venkat Peddireddy, suggests that the maintenance capex of a company, defined purely as PP&E (property, plant and equipment) outlays, not intangibles, is roughly 20 percent higher than the reported depreciation number. Of course, that number varies by industry. But, if you want a quick and dirty adjustment, increase reported depreciation number by 10-20 percent and compute the subsequent tax-adjusted impact on net income.

Audit partners I have chatted with are skeptical of the Peddireddy study. They believe that several fully depreciated assets are still being used by companies. They point out that several PP&E items (not necessarily the obvious candidate, real estate) are actually written up in purchase price allocations when the acquirer accounts for the consideration paid to the target company in an M&A transaction. My worry is that the audit partners miss the pressures imposed by technological obsolescence on companies. If your competitor has a shiny new object, you have to get that object or risk losing market share in the product market. Moreover, targets that write up such assets are self-selected in that they are not your “normal” company that the Peddireddy study considers. In fact, the target company, whose purchase price allocations are being discussed, have been acquired potentially to address technological obsolescence feared by the acquirer. Moreover, is the write up of fully depreciated assets at the target company a way to justify potential overpayment for the target?

One way to resolve this puzzle is for the CFO to report their maintenance capex number in their MD&A or in their financial statements.

How many CEOs explicitly think about maintenance capex?

How many companies actually report their maintenance capex number? Very few. One could chalk that up to secrecy and an effort to hide proprietary information from competition. I wonder how many CFOs even know their maintenance capex number. Asking that question, especially for intangibles such as R&D and certain aspects of SG&A, is even trickier.  A well-known analyst shared the following story with me: “I was with a CEO yesterday and asked him if he would be able, if only crudely, to allocate his SG&A between maintenance and discretionary spending. He said he’d have to think about it a lot!”

How much should Netflix spend on content creation to just retain its market share in the U.S.? How much should Amazon spend on technology to keep growing? Could the supply chain fiasco we face today have been prevented if more of us in the C-suite had asked, “What investment would it take to sell the quantity of product we pushed out this year?” Or even simpler, “What is our maintenance capex number?” These are hard but essential questions that need to be asked more often in conference calls and board rooms.

The SEC can fix the useful life and depreciation disclosures

The crux of the problem is the highly uninformative disclosure that companies provide on the useful lives of their property plant and equipment. I have reproduced the useful lives footnote from Home Depot’s 10-K for the fiscal year ended 2020:

Note the ranges of useful lives for buildings and leasehold improvements (5-45 years) and for furniture (2-20 years). How is an investor supposed to know the true useful life of these assets if the ranges are this wide? And, to make things worse, companies report one aggregate depreciation number. Depreciation is rarely, if ever, broken out by asset class for most companies.

The trouble with intangibles

We are lucky to get at least some granular disclosure for tangible assets. Disclosure is far more opaque for internally generated intangible assets. It is important to place some value of intangibles on the balance sheet for the simple reason that a zero number on the balance sheet is ipso facto immaterial. Auditors pay less attention to a zero-asset number. So do regulators. If the watch dogs are not focused on a number, why would managers have incentives to disclose more data on intangibles. I have pointed out how Amazon spends $42 billion on technology and content but devotes a grand total of 300 words in its 10-K explaining what that money is spent on.

Suggestion for the SEC: please make companies disclose something close to the true economic life of an asset, both intangible and tangible.