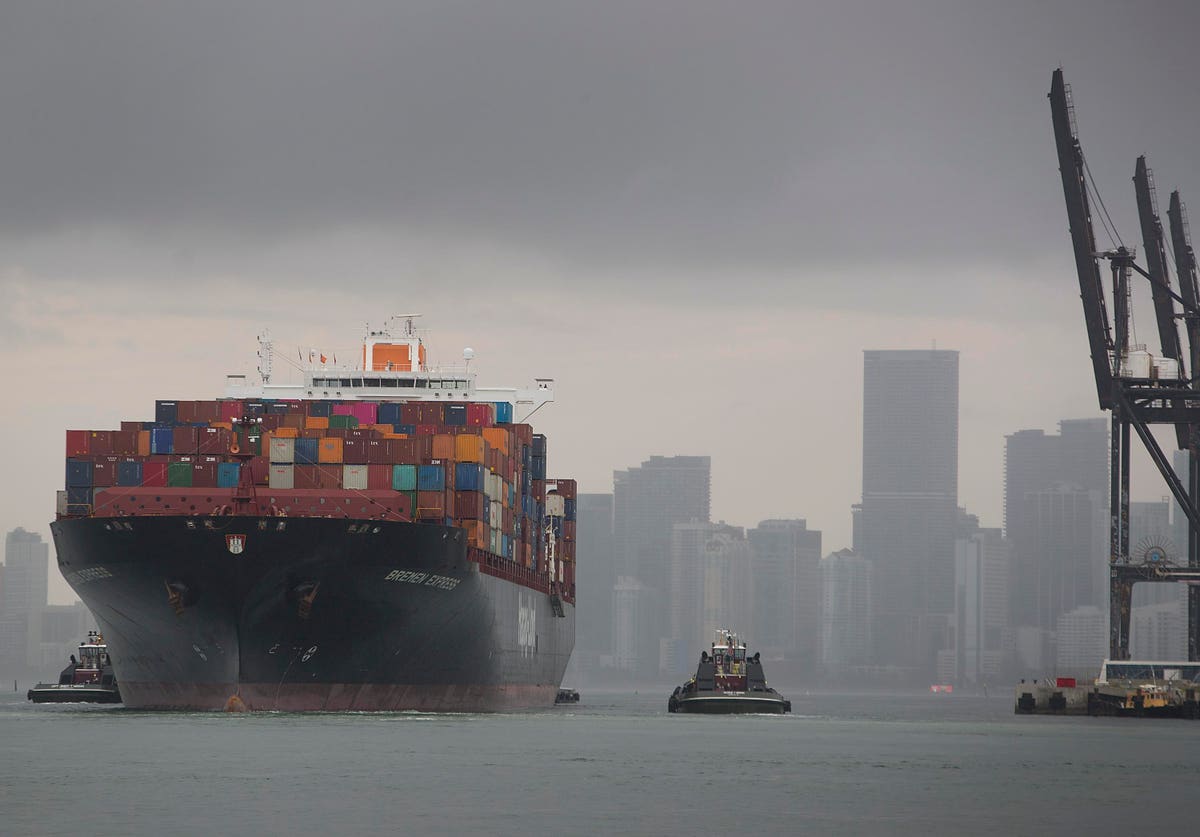 It was former President Trump who developed the China trade war–as retailers were broadcasting stern warnings that inflation would spike significantly with added tariffs. Trump’s globalists agreed with the retail group but, unfortunately, the nationalists persevered. President Trump eventually tweeted his thought that: “Trade wars are good and easy to win.”

As the tariffs first hit, complaints were launched to government and to the media, but the American consumer was eventually ignored, and the tariffs powered up today’s inflation rate. No one in wholesale or retail was surprised by the rising prices, only consumers expressed a degree of shock.

To this day, there was never a pause in the action, but retail was truly relieved when the tariff frenzy peaked on Jan.15, 2020 in the East Room of the White House–with the signing of the two year China Phase One Trade Agreement. Retail didn’t win anything in the agreement, but the uncertainty of the moment had been eclipsed, and a longer-term resolution was potentially in place.

It still remains painful for some to look back at the past two years, but the recently expired trade agreement is hitting its anniversary date in just a few days. Policy wonks who follow the Administration’s lackluster exclusion process, or their hard line against China–now wonder if Team Biden will use the anniversary date to acknowledge the agreement–with even more tariffs against China. Sections that covered apparel and footwear were halved under tranche 4A and eliminated under 4B–but most fashion apparel (and about half of the footwear)–still remain under siege and the balance could be re-instated.

Retail asked for complete removal of all the tariffs, and for more product exemptions to be allowed, but requests have been repeatedly denied. The American consumer still foots the bill for all these tariffs, and for all the subsequent delays caused by the supply chain quagmire. No one in government seems interested in retail’s tale of distress, nor is anyone paying attention to the significant bankruptcies that have plagued the industry. Perhaps, in that light, retail should just reverse the ask, so that more people in government might pay attention. It would sound like this: “Please add back or raise the apparel and footwear tariffs and then fashion could charge the American consumer even more money, stoke more inflation, have more bankruptcies, and create more job loss.”

Fashion retail loves a good story and especially a Cinderella story. So, when the clock strikes midnight on Jan. 14, the fashion industry may, once again, see that its beautiful gown turns back into rags–especially if the government reacts to the January 15 anniversary of the China Phase One–by adding or re-instating tariffs.

Former President Trump will say that he was the first President to challenge China, and that his trade deal was a huge success. In 2020, he called out his effort at an event, saying: “I stood up to China like no other Administration in history. For decades they’ve ripped us off. They ripped us off like nobody…..and I charged them a little thing called massive tariffs. We took in billions and billions of dollars.”

Truth be told, the China Phase One deal didn’t deliver anything – except for the massive USA inflation predicted by retail. Nationalists will tell you that China was taught a lesson, but Globalists will tell you that the deal was a colossal failure. Certainly, the numbers point to failure. In the two years of the agreement, according to Chad Brown at the Peterson Institute for International Economics China purchased about 60% of their commitment.

Some importers tried to move production away from China (to avoid the tariffs) and smaller ships began arriving at our American ports from multiple locations with no appointments to dock. This particular action was a disruptive element to the massive shipping debacle that has already clogged our port system. To make matters worse, containers from the ships needed chassis (wheels) when they hit the ground, but the Biden Administration tariffed inbound container chassis from China at a 221% rate – to foster domestic American production. Protecting an existing industry is often a good thing, but doing it at a time when we already had a huge chassis shortage – may not have been the best choice. All this is causing Americans to wonder which Administration made things worse. Was it President Trump for starting the China trade war, or is it President Biden for not ending it.

Washington’s bipartisan and fiscally conservative Tax Foundation indicates that the Trump Administration increased taxes (via tariffs) to the tune of some $80 billion dollars which was the highest USA tax increase in decades. They also estimate that $78.7 billion remains in place under President Biden, and $70.8 billion of that is solely related to the 301 tariffs levied against China.

In 2002, President George W. Bush launched a tariff on steel products. It was designed to last 3 years, but was cancelled after only 21 months. An analysis by the Consuming Industries Trade Action Coalition found that 200,000 general manufacturing jobs were lost during this tariff action.

In 2009, President Obama took a tough stance against China and launched a three-year tariff program against low-cost tires. When the dust settled, the Peterson Institute estimated that the 1,200 jobs that were saved by the program–but the actual cost to consumers was about $900,000 for each job that was saved.

In 2018, President Trump added a tariff to washing machines and the results were equally disastrous. The price of washing machines and dryers went way up, and the American public was hit with a bill estimated at $1.5 billion. It’s true that about 1,800 jobs were developed, but the cost (as indicated in a 2019 Washington Post Article) was about $815,000 for every job created.

As we approach Jan. 15 Anniversary of the China Phase One Trade Agreement, many wonder if the American consumer will see additional tariffs or more product exclusions. Retailers find it difficult to understand why the Biden Administration perpetuates the Trumpian concept that tariffs are somehow good and level the playing field.

Nobody ever wins a trade war. Nobody.

Mark McKinnon of Showtime’s “The Circus” said it best: “As history has repeatedly proven, one trade tariff begets another, then another – until you’ve got a full-blown trade war. No one ever wins, and consumers get screwed.”