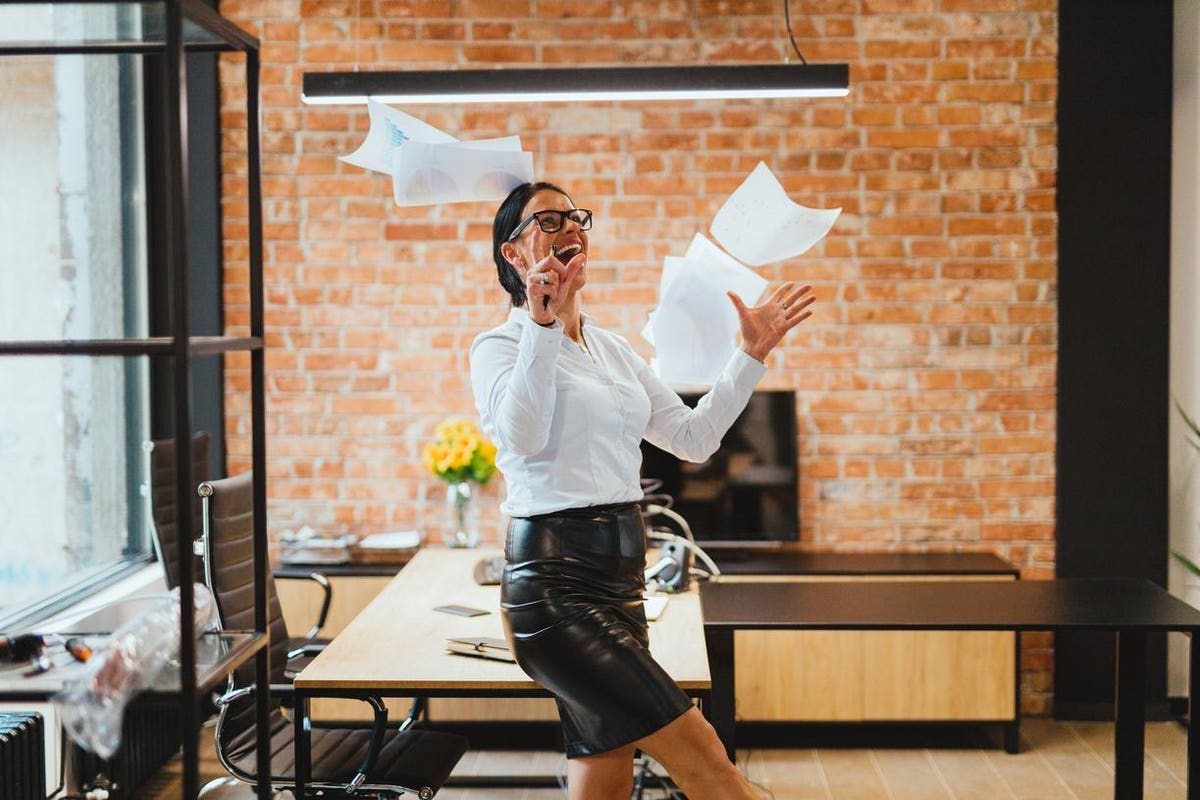 You most likely have noticed that there is an unpleasant trend of a lack of civility, politeness, courtesy and respect on social media sites and in the real world. It feels that everyone is always angry. We’re quick to argue and fight and just can’t agree to disagree. The rudeness and ill manners have spilled over into the workplace, job search and interviewing process.

Blind, an anonymous community app for the workplace, conducted a survey of 5,356 verified professionals from September 30 to October 5, 2021. The platform is used by workers at some of the most well-respected companies in the world with a high concentration of tech employees. Looking into work-related trends, Blind found that employees are “quitting a job without telling their manager or company’s human resources in the last year and a half.” We have already heard about the “Great Resignation” and this may be the “Great Ghosting” trend.

Traditionally, when a person was ready to resign, they would—at the very least—tell their boss or write a letter of resignation informing an immediate supervisor of their decision. A two-weeks’ notice period has been the standard for decades. A senior-level executive may provide a longer notice period to offload their workload and train staff to pick up the slack.

Usually, a conversation would follow with the manager. Yes, it would be awkward. However, the person who is leaving doesn’t want to walk out on bad terms. They’d want to have a good reference for the future and stay connected with people at the company to maintain a supportive network.

In a hot job market, like the one we are in now, the manager would bring up the matter to their boss and loop in human resources and a few top executives. There would be a full-court press on the person to get them to stay. Management gets that it will be hard to replace the person in a competitive job market. A replacement would likely make more money than the incumbent earns.

A counteroffer is made in an effort to get the person to stay. It’s like a relationship breakup. “I’m so sorry! I didn’t know you felt this way,” your boss says. With insincerity, he’ll add, “We had big plans for you. There was talk of a raise and promotion.” Meanwhile, you’re thinking, “Why did you wait for me to quit?

It doesn’t end. Human resources calls you into an “exit interview.” They act sympathetic and understanding, while trying to dig dirt on what was going on in the department that made you want to leave. Despite the grilling, you don’t want to throw your supervisor under the bus. Even though you weren’t fond of the person, you’d feel guilty getting them into trouble. So, you end up saying that everything was great and you just wanted a change of pace.

The company executives exert pressure, cajole, flatter and bully the person to stay. Those who acquiesce end up regretting the decision. They soon realize it was a ploy to keep them, not necessarily because they love the person, but it was expedient. Now that you’re staying, the company doesn’t have to retain a recruiter and go through the entire interview process that could have lasted three or more months.

As time goes by, you’re now seen as a traitor and mercenary. The boss’ recollection of events will be that you “coerced us into paying you more money to stay” and they believe you’re a flight risk. All of your moves will be scrutinized. When you log online late, don’t respond quickly to a slack message or fail to return an email in the late afternoon, it will be presumed that you’re interviewing. Before long, you can’t take the dirty looks, snide comments and distrust and you just quit.

With all of this in mind, it could be that the people in the survey didn’t want to endure a stressful situation. They may have heard horror stories of colleagues who were subjected to this painful experience. It may not be right to walk out without telling anyone, but it’s kind of understandable that a person would rather leave than endure a confrontational situation.

You’d probably justify the decision by telling yourself  that companies don’t give two weeks’ notice before they fire or furlough an employee. To add insult to injury, a burly security guard is called to escort you out the door, giving you barely enough time to pack all of your belongings in a sad-looking cardboard box.

According to Blind, ghosting is “becoming more common in the workplace.” The company   reported, “Current verified professionals of Cisco, JPMorgan and Oracle were more than twice as likely as other professionals to say they have left a job without telling their then-current employer.” Respondents to the survey who work at Facebook, Indeed, Intuit and Uber “were also more likely than other professionals Blind surveyed to quit without saying a word.”

It’s not just about quitting. Nearly 30% of professionals who participated in the study said that they “skipped a job interview” or “stopped communicating with a company during the interview process.” It gets nastier. “One in 10 professionals have rejected a job after signing a written offer with the company.” A verified Amazon professional, to another Blind user who was considering a job offer, advised, “Renege if you get something better. Not all bridges matter.”

According to the data, “Intel Corporation, JPMorgan, Oracle, VMware and Wayfair workers were more likely than other professionals to have reneged a signed job offer in the last year and a half.”

If you’re thinking of participating in this recent trend, be careful. Most industries are small and people tend to know each other over time. It’s easy for word to spread. If you are seen as someone who blows off interviews, quits without notice or reneges on job offers, it could come back to bite you. A manager or human resources professional may not want to hire you when they hear about the way you left your previous role. The hiring manager will think that you’ll do the same thing to them a year or so down the line.

It might be challenging to tell an employer you’re leaving or a recruiter that you don’t want to continue with the interview process, but it’s the right thing to do. After all, you wouldn’t want someone to do that to you, would you?