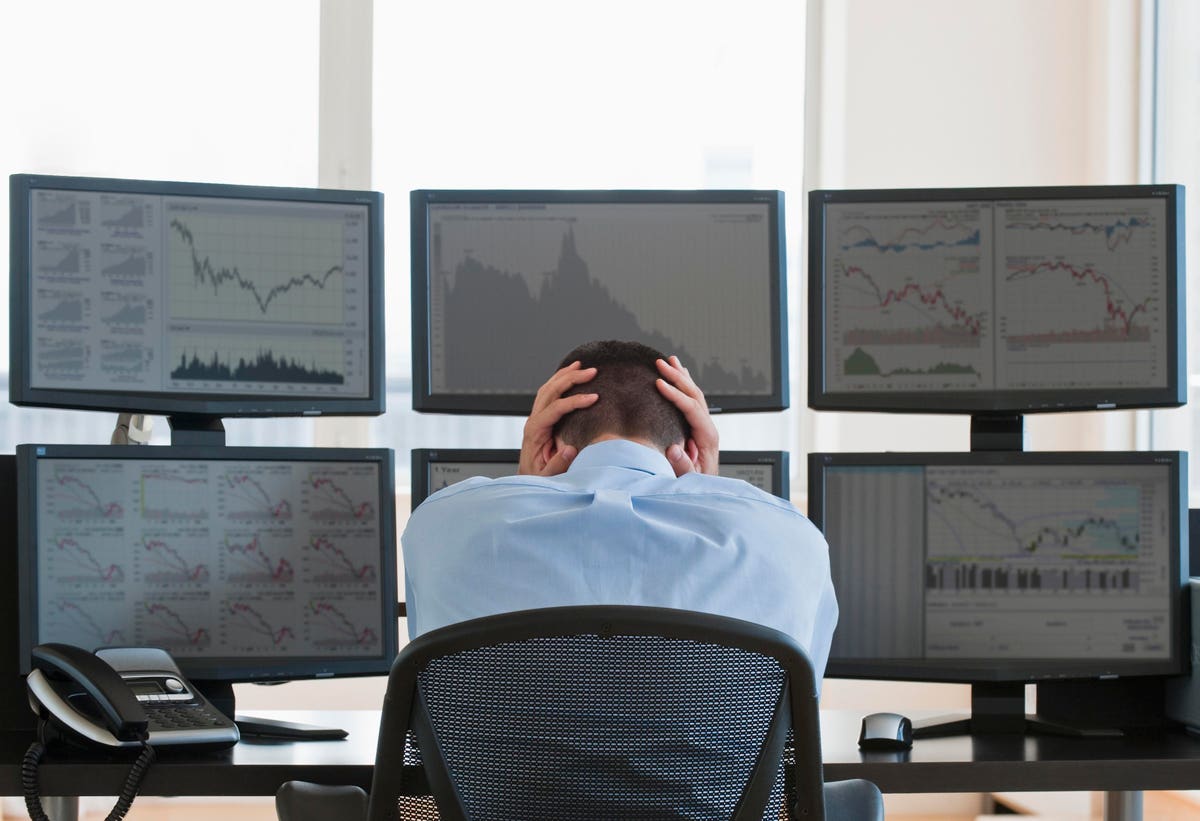 To be precise, it’s been in a downtrend since the beginning of September. The 60 Minutes interview with a former employee about alleged inside secrets added to the droppage Monday morning. Then, an outage of the company took it off of the internet for more than just a few hours. All of this just before Senate Facebook hearings begin Tuesday.

After a former Facebook product manager, Frances Haugen, told the Sunday night CBS news program that the company “put profits over people” and deliberately allowed political misinformation to be posted during the 2020 Presidential campaign, investors reacted Monday morning by selling the stock.

That unloading continued through much of the day with some buyers finally showing up — but only in the last 2 hours of trading and not enough to make up for much.

You can see how bad the stock performed during September. It went from $382.50/share to $342.50/share. So, the downtrend had already been established before today’s general dumping of Facebook shares.

Buying support came in near the end of trading but not nearly enough to overcome the previous hours of selling. The stock has remained below the down trending Ichimoku cloud (a blend of moving averages) since mid-September.

The most obvious feature on this time frame is how the stock has now plunged below the Ichimoku cloud. From this standpoint, it could be said that the daily trend is now definitely downward. It’s notable as well that those big red volume bars (below the price chart) represent significant recent selling not seen for months.

On a weekly basis, the price chart says “weekly uptrend intact.” The stock has been up trending so well that even 4 straight weekly red “selling” bars remain above the cloud. Examining the chart more closely, there haven’t been 4 such red bars since the February/March pandemic drop. The upward move off of those lows has been nothing short of dramatic — until lately.

It’s come all the way back to the up trending blue line. Note that the “double bottom breakdown on 15-Sept-2021” correctly anticipated the further downward action. From $384/share in early September to $326/share in early October is quite a drop for such a widely followed big name NASDAQ-100 component.

How Facebook performs following Tuesday’s Senate hearings will be watched closely. By the way, 11 of the 12 Senators overseeing the event have accepted campaign contributions from Mark Zuckerberg’s company, as reported earlier by Forbes’ Zach Everson.