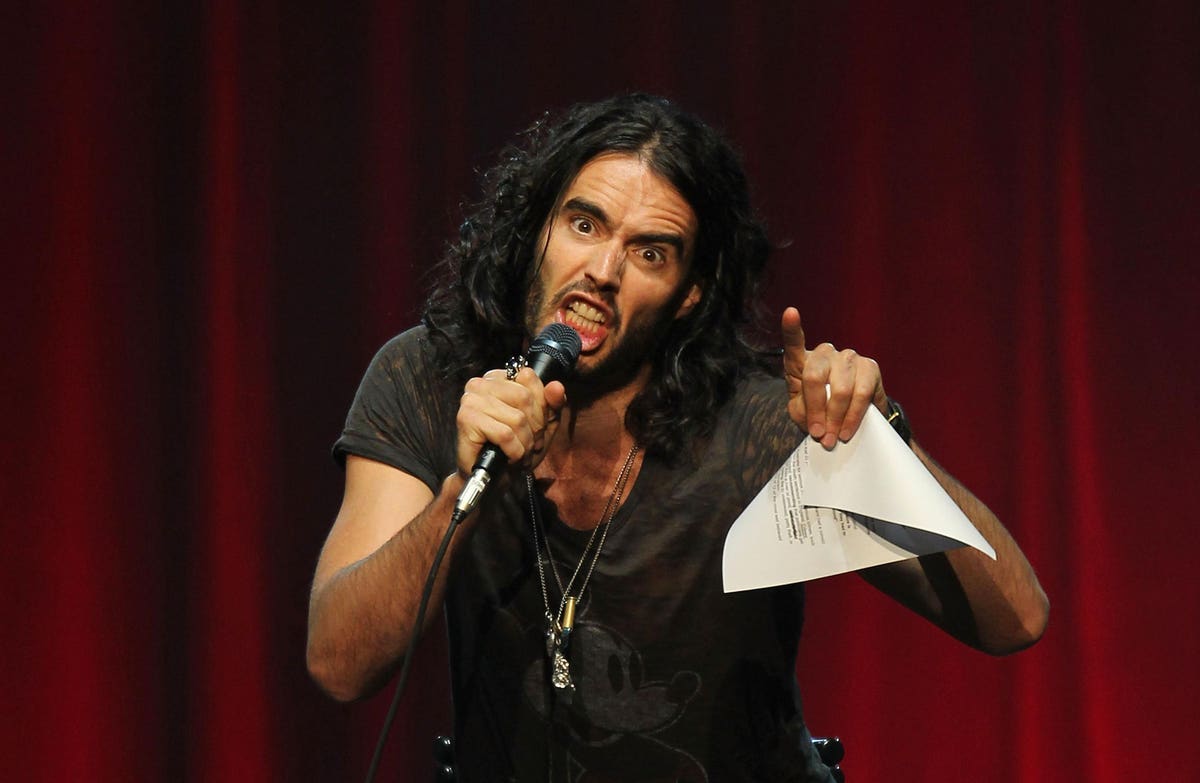 Is the British comedian Russell Brand becoming an alt-right influencer?

Is Brand taking a page out of The Daily Mail, or is he simply catering to YouTube’s almighty, unknowable algorithm? Possibly the latter; Brand’s political position (if he even has one at all), was always milquetoast liberalism with vague anti-establishment posturing, combined with a willingness to hear from all sides of the political spectrum, no matter how odious.

Essentially, he’s a hairier, barefoot version of Joe Rogan, more likely to skin and devour an eggplant rather than an elk. So, why did so many of his fans seem to turn on him?

Well, what really seemed to bother the liberal segment of Brand’s fanbase was Brand’s dismissive analysis of “Russiagate,” which, if you remember, reduced reporters to a state of near-hysteria during Trump’s presidency.

This led to a series of tweets declaring Brand to have been poisoned by the alt-right, and accusing him of catering to a certain crowd.

Russiagate has always been an incredibly divisive, somewhat ridiculous subject – there are some who harbor feverish fantasies about Vladimir Putin being a comic book supervillain who hypnotised helpless Americans into voting for a reality TV host, and others who simply question the Trump administration’s ties to Russia. But the recent criticism of Brand goes a bit deeper than Russiagate, even if that seems to have sparked the main backlash.

In the past, Brand has interviewed Jordan Peterson, Candace Owens and Ben Shapiro, all of whom became internet-famous due to their ability to repackage puritanical, regressive social conservatism into something resembling youthful rebellion.

Now, Brand’s channel certainly isn’t defined by these interviews – he openly disagreed with all three, and also takes the time to talk to liberals and leftists – but his channel has since made a significant shift, tilted in the direction of vaccine skepticism and Trumpism, although significantly more nuanced than their clickbait titles suggest.

Most of these videos show Brand saying a great deal, without communicating much at all; generally, his videos push back against government control, embodying a kind of vague populism.

I don’t think Brand has changed (he’s always been good at making a word salad sound like a profound insight), but perhaps his audience has, as high profile interviews with conservative celebrities tend to draw like-minded followers.

Not to mention, the yoga/meditation scene is infested with modern medicine skeptics who believe cancer can be cured with lavender oil, who deem any substance that didn’t emerge from a pristine patch of soil as “unnatural,” so the vaccine skeptical headlines are hardly surprising.

Perhaps Brand should be viewed as less of an ideologue and more of an opportunist; perhaps he will dive into the alt-right rabbit hole, eventually, or maybe he’ll just have a bit of a flirt, before reverting back to enlightened centrism.

It all depends on his channel’s metrics, and the whims of YouTube’s algorithm.