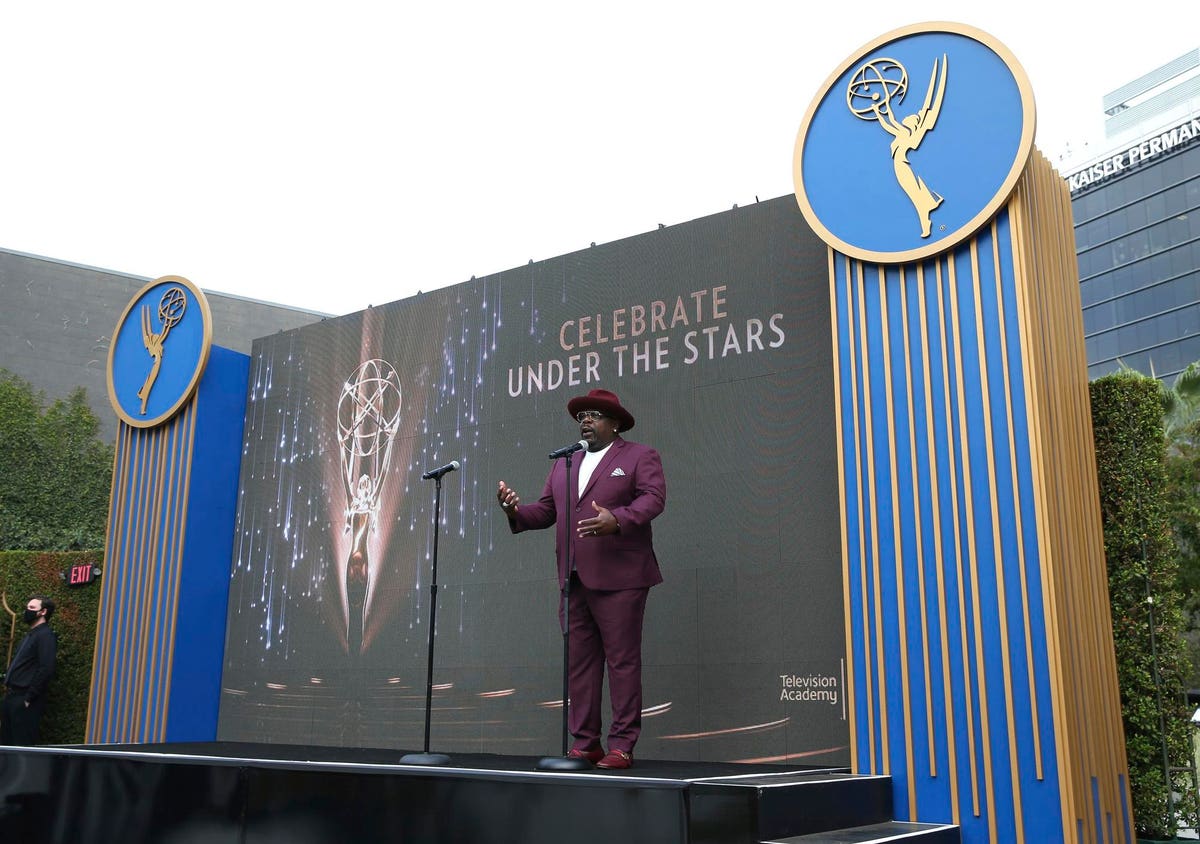 This Sunday, September 19 at 8 p.m. (ET), 5 p.m. (PT), CBS will televise the 73rd Primetime Emmy Awards, the show will also be live streamed on Paramount+ along with a few other viewing options. The annual awards show is televised the night before the start of the 2021-22 television season. Cedric the Entertainer will be hosting the Emmy Awards for the first time. With concerns about Covid, the Emmys will scale back on the number of attendees and the location will be an outdoor tent adjacent to the Staples Center. The networks rotate the telecast each year. Last year’s telecast aired on ABC and was hosted by Jimmy Kimmel in a virtual setting. Next year’s Emmy Awards are scheduled to air on NBC.

More recently, last week, the MTV VMA’s averaged fewer than 900,000 viewers, making it the least watched VMA telecast to date marking the eighth straight year of audience declines. By comparison, the 2011 VMA’s averaged a record high 12.4 million viewers. With the genre losing its popularity and the Emmy Awards once again going head-to-head with a marquee matchup (Kansas City vs. Baltimore) on NBC’s Sunday Night Football, another low rating is anticipated.

As in recent years, many Emmy Award nominees came from premium pay cable networks or streaming video providers. In 2021, HBO/HBO Max led with 130 nominations (94 on HBO and 36 on HBO Max), with Netflix coming in a close second with 129 nominations. (Despite all the nominations and critical acclamation, no Netflix program has ever won an Emmy Award for Outstanding Drama.) In its first full year of streaming, Disney+ was next with 71 nominations.

Looking at programs The Crown on Netflix and The Mandalorian on Disney+ are tied with most nominees at 24 apiece. WandaVision on Disney+ was next with 23 nominees. Other heavily nominated programs were Hulu’s The Handmaid’s Tale and NBC’s Saturday Night Live both with 21 nods. Ted Lasso on Apple+ grabbed 20 nominations, the most ever for a first-year comedy, surpassing Glee with 19. Both The Queen’s Gambit on Netflix and HBO’s Lovecraft Country (since canceled) had 18 nominations each.

Here are some other fun facts about the “Biggest Night on Television.”

35.79 million: The average audience of the 1986 Emmy Awards on NBC, hosted by David Letterman and Shelley Long. It is the most watched Emmy Awards telecast ever

$46,400: The total cost to make all the Emmy Awards (excluding multiple winners).

$400: The cost to make an Emmy Award, the metal statue is coated with copper, nickel, pure silver and 24-karat gold. If each statue were made of only gold, the estimated cost would be about $150,000. An engraved nameplate is made for every nominee.

306: The number of Emmy Award nominations for NBC’s Saturday Night Live, the most of any program. Over its 45 seasons SNL has won 76 Emmy Awards. SNL Executive Producer Lorne Michaels has 92 Emmy nominations. HBO’s Game of Thrones ranks second with 161 nominations (winning 59).

$200: The cost that Members of the Academy pay each year.

116: The number of Emmy Award categories, 26 categories will be televised.

98: The age of oldest Emmy Award winner-Norman Lear. In 2020, Lear won for Live in Front of a Studio Audience: All in the Family and Good Times.  Lear won his first Emmy award for All in the Family, fifty years ago.

46: The number of Emmy nominations earned by NBC this year, the most of any broadcast network (21 of them are for Saturday Night Live).

44: In 2021 the number of first-time performers nominated for either the lead, supporting, guest or short form categories.

37: The most nominations an individual program earned in one year (Roots in 1977).

19: Including this year, the number of years the “HBO Brand” has garnered the most Emmy nominations among programmers.

14: The youngest age of an Emmy Award winner, Roxana Zal won Outstanding Supporting Actress in a Limited Series or Special for Something About Amelia in 1984.

11: The number of words in the shortest acceptance speech for an Emmy Award winner. In 2013, Nurse Jackie’s Merritt Wever, after winning for best supporting comedy actress said, “Thanks so much. Thank you so much. I gotta go. Bye.”

10: The number of consecutive years (2003-2012) The Daily Show with Jon Stewart won for Outstanding Variety Series, the longest winning streak of any television show.

9: The number of Emmy Awards Schitt’s Creek won last year, the most of any comedy in a single year, sweeping the comedy category.

8: The number of Emmy nominations for the now defunct Quibi this year. Last year Quibi had earned ten nominations.

6 pounds, 12 ounces: The average weight of an Emmy Award.

5 1/2: The number of hours it takes to make an Emmy Award. White gloves are used to prevent any fingerprints.

5: Two programs have been named Outstanding Comedy Series five times; they are Frasier and Modern Family. Also, Kelsey Grammer is the only performer to be nominated for an Emmy Award in three different comedies (Cheers, Frasier and Wings) portraying the same character, Frasier Crane.

4: The number of times Johnny Carson hosted the Emmy Awards, more than anyone else.