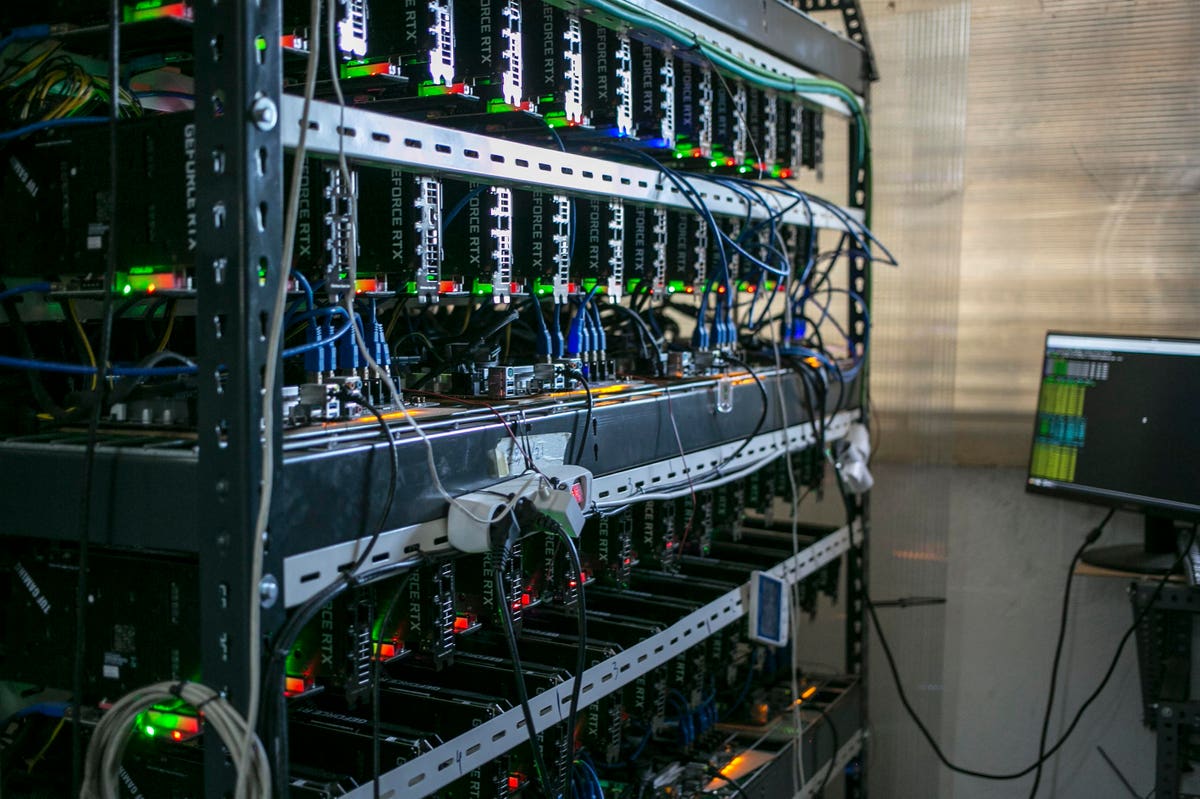 Two years ago, bitcoin dominated the cryptocurrency market, gobbling up 70% of its market value. But as crypto has ballooned to exceed $2 trillion in assets, the industry has fragmented. Today, bitcoin’s share sits below 40%, and new crypto networks are popping up every day. One way to sift through the clutter and see where the industry is going is to follow the software developers who build and maintain crypto networks.

“Developers tend to be pretty rational. If there’s something they can play with that has real utility, developers have this ability to go find that thing,” says Avichal Garg, a managing partner at crypto-focused venture firm Electric Capital. He views the number of developers who are working on a crypto network “as a leading indicator of where value will be created and accrue over the next 10 years.”

Garg co-authored a report with Electric Capital partner Maria Shen that reveals which cryptocurrency platforms attracted the most developers in 2021. They used data from GitHub, the go-to online repository where developers store their code, to estimate how many engineers work on each platform. Their data underestimates the total number of developers, since it doesn’t capture code that’s written privately or the many engineers that work at companies like Coinbase.

Their research says 18,000 active developers (including both full and part time contributors) are working on cryptocurrency platforms, up from roughly 10,000 a year ago. Garg sees that surge as a validation of the industry’s growth and longevity. Kinjal Shah, an investor at Blockchain Capital, agrees: “When people are voting with their feet and their time, it’s a strong signal that there is something they’re building for the long term,” she says.

Electric Capital’s research analyzed nearly 500,000 sets of code and 160 million code updates. It compared December 2020 to December 2021 to calculate growth. For the list below, it counted a developer as full time if he or she made at least 10 software updates in a month.

The fastest-growing platforms are all competitors to Ethereum, the second-largest crypto network launched in 2015 that has 1,300 full time developers creating applications on it. Ethereum acts as a decentralized computer that applications can be built on, and it’s maintained by more than 5,000 “nodes” or computers that help validate transactions. One downside of being so widely distributed is that Ethereum can only process about 15 transactions a second (the Nasdaq stock market averages about 20,000 transactions per second), and a single transaction fee can sometimes exceed $100.

All of these fast-growing crypto networks take different approaches than Ethereum to decentralization and “consensus,” the algorithmic process of validating a transaction. They settle transactions faster and have lower fees, and most aren’t as widely decentralized as Ethereum.

Korea-based Terra was founded by entrepreneur Do Kwon, 30, and launched four years ago. Its UST “stable coin”—a cryptocurrency pegged to the value of a U.S. dollar–has grown quickly to reach a market value of $10 billion, putting it in the top five stable coins in the world, according to crypto data site Messari. San Francisco-based Solana surprised many crypto insiders over the past year as it attracted hundreds of developers and vocal support from crypto billionaire Sam Bankman-Fried. A variety of applications built on Solana, ranging from crypto trading exchanges and lending products to music apps, have become very popular. Solana’s SOL token went from $1.85 in January 2021 to $170 by the end of the year, hitting a market value of $53 billion.

Near, a protocol founded in the Bay Area in 2017, was launched by Alexander Skidanov and Illia Polosukhin, two engineers who worked previously on the highly regarded MemSQL distributed database system and Google’s TensorFlow machine learning platform. Both Solana and Near were built in Rust, a popular programming language that’s more widely used than Solidity, which Ethereum is based on. Solana and Near have also been aggressive about offering grants to software developers if they agree to build applications on their respective systems. Near announced a $800 million grant program in October, and former Circle CMO Marieke Flament became the Near Foundation’s CEO this year.

One platform that lost a significant number of developers was EOS, which dropped from about 125 total active developers (including full and part time) in December 2020 to 80 a year later. In 2018, EOS famously ran a $4 billion “initial coin offering” fundraise and was later fined $24 million by the SEC for running an unregistered security offering. The company didn’t admit or deny wrongdoing.

In addition to the fastest-growing networks, Electric Capital’s research shows which have the largest number of total developers. Ethereum has long retained the top spot, and about one in every four new crypto developers who entered the industry over the last year chose to build on Ethereum.