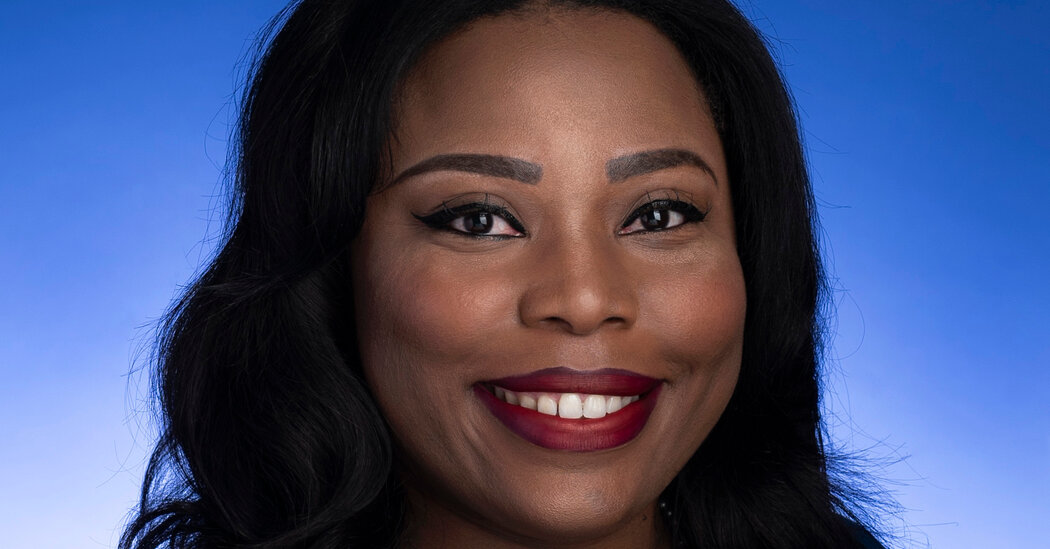 The Tennessee State Senate voted on Wednesday to remove a senator from office because of her conviction on federal wire fraud charges, the first time the chamber has removed a senator since at least the Civil War.

The senator, Katrina Robinson, 41, who was convicted of wire fraud involving federal grant money, was removed from the legislature after a 27-to-5 vote. The tally fell along party lines, with 27 Republicans voting for expulsion and five Democrats voting against, and split over arguments about whether the Senate should continue to let Ms. Robinson’s court case play out. One Democrat was absent for the vote, said Eddie Weeks, the legislative librarian.

“While the expulsion of a Senator for the first time in history was not something any of us wished to see, it was a necessary action,” Randy McNally, the Senate speaker and a Republican, said in a statement after the vote.

Ms. Robinson has consistently denied any wrongdoing, said Brandon Puttbrese, a spokesman. In an interview on Wednesday, Ms. Robinson, who is Black, denounced the vote, calling it racist.

“I think the vote today was an attack on the Black vote, Black political power,” she said. “I think it is misogynistic. I think it was racist.”

Before the vote, Senator Sara Kyle, a Democrat, urged lawmakers to vote against expulsion and “let the legal process play out.”

Mr. McNally, who is also Tennessee’s lieutenant governor, said in his statement that lawmakers had given Ms. Robinson time to pursue legal motions in court and given her “every consideration and due process,” but that her actions and refusal to resign made the vote “inevitable.”

Ms. Robinson, a registered nurse and the founder of the Healthcare Institute, a for-profit college, was elected in 2018 to represent the 33rd District in Shelby County.

She was accused in 2020 of stealing more than $600,000 in federal grant money and using it to pay for campaign events and personal expenses, including her wedding, honeymoon and subsequent divorce, federal prosecutors announced in a complaint at the time.

The complaint said that the Healthcare Institute was awarded over $2.2 million in federal grants, from 2015 to 2019, under the condition that the money would be used to train nurse assistants to care for geriatric patients and provide need-based scholarships for the program.

An investigation into the funds began in 2016 after an anonymous complaint to the Health and Human Services Department accused Ms. Robinson of using $550 of the grant money to buy a Louis Vuitton handbag, according to the affidavit.

Her next court hearing is in March, according to her spokesman.

A 2019 opinion issued by Tennessee’s attorney general, Herbert Slatery III, said that the state’s constitution gives the Senate and the House of Representatives the authority to expel a member for “disorderly behavior.”

Mr. Weeks, the legislative librarian, said in an email that there had been two failed or withdrawn attempts to expel senators in the late 19th century: In 1890, there was a motion, ultimately withdrawn, to expel Senator Edward Frazier Mynatt; and in 1882, there was a resolution to remove Senator William Kindred Barrett, who was ultimately censured and rebuked.

But Mr. Weeks said Tennessee’s State Senate has not expelled a lawmaker since at least the Civil War.

The most recent removal of a state lawmaker was in 2016, when a state representative was accused of sexual misconduct and expelled from the Tennessee House of Representatives in a special session.