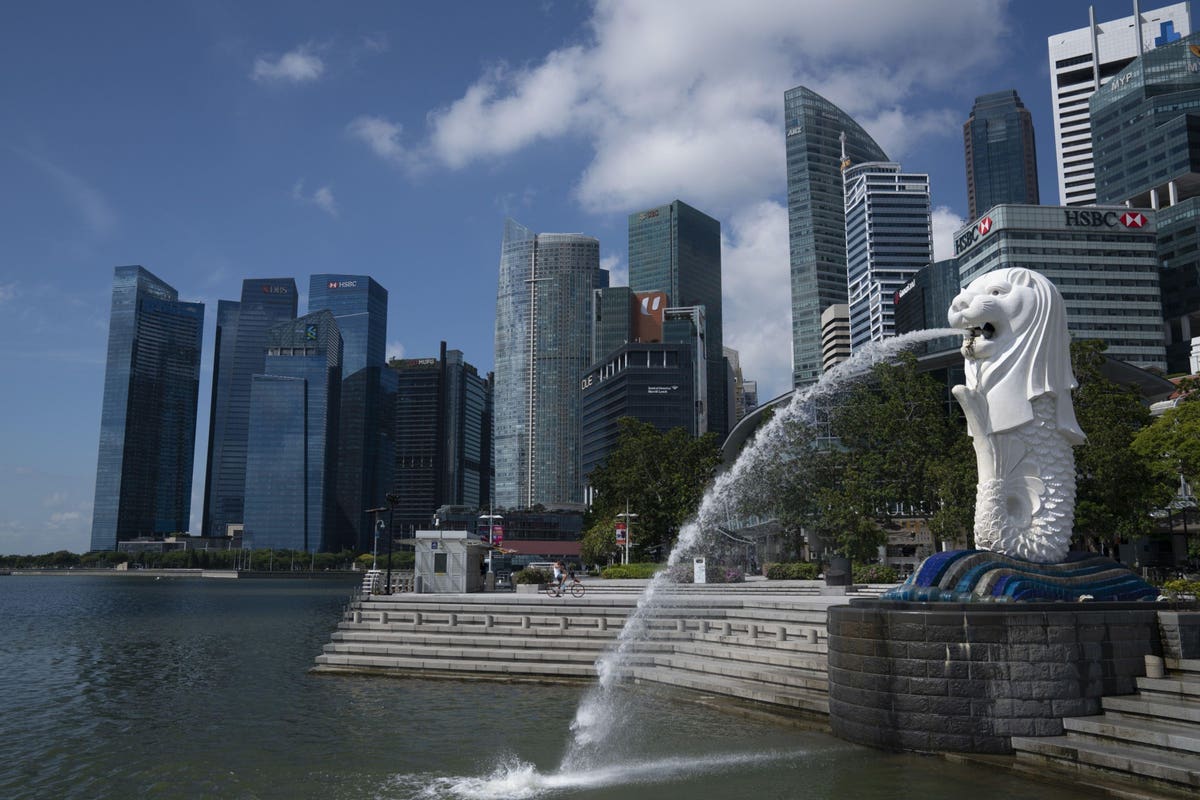 Five years out of college in 1983, New York accountant Drew Bernstein took the plunge as an entrepreneur with childhood friend Neil Pinchuk at opportune moment. The start of Bernstein & Pinchuk LLP preceded a stock boom that brought clients at home and early international expansion to Europe.

Twenty years later, amid early growth in the number of U.S. listings by Chinese companies and then-warm ties between the two countries, Bernstein flew to northeast China to meet a potential customer from a privately owned that wanted to go public. There, Bernstein recalled in a recent interview, he had “the hubris” to think he was ready to conduct accounting audits in a country still in a messy transition from its Maoist days toward a market-focused, globalized economy.

It paid off. Bernstein & Pinchuk spun off the China portion of the business into a joint venture with Marcum LLP in 2011. Now, MBP, the combined firm Bernstein co-chairs, has nearly 200 people working in mainland China, including six partners in five cities that represent an example of American entrepreneurial success in the country.

Yet times are changing. Geopolitics combined with regulatory uncertainties in the China and the U.S. have slowed once-booming New York and Nasdaq listings by the growing mainland businesses such as Alibaba, JD.com and Netease. Though plans unveiled this Tuesday for a SPAC (or special-purpose acquisition company) listing by Shanghai-based Fosun International’s Lanvin Group would be worth more than $1 billion, the recent flow of China IPOs in the U.S. has been paltry. Meihua International Medical Technologies raised only $36 million before it began trading on the Nasdaq in February, the first China listing since October.

Bernstein, now 65, has settled on a new business target: Southeast Asia. MBP plans to open an office in May in Singapore as a springboard to a growing region that also includes Indonesia, the Philippines, Vietnam and Malaysia. The area is a “very ignored part of the world,” particularly in the U.S., Bernstein believes. “I think we’re at the very, very beginning for them because things are starting to line up.”

What’s lining up? For one, GDP growth — at least as of February, before Russia’s brutal invasion of Ukraine shocked the world. “Our forecast for developing Asia is that economic growth will be 5.3% in 2022,” Asian Development Bank Chief Economist Albert Park said on February 1. “We consider this to be a steady recovery from the pandemic and is supported by progress in vaccination rates and control of the Covid-19 disease.”

Another potential plus for Singapore, Southeast Asia’s main financial hub, is a diminished interest among foreign businesses in regional financial services rival Hong Kong. According to a survey released by the European Chamber of Commerce in Hong Kong on Wednesday, a quarter of respondents planned to “fully” relocate out of Hong Kong in the next 12 months given current Covid-19 restrictions and 24% plan to move partially. More than 50% said they were having trouble recruiting overseas staff. International investors are also worried about fallout from China’s close relations with Moscow in the aftermath of the war in Ukraine, pulling money out of China shares on an “unprecedented” scale since late February, Bloomberg reported today, citing the Institute of International Finance.

Another advantage for both Singapore and Southeast Asia for Bernstein: his experience with the growing number of SPACs. MBP has worked on “dozens” of SPAC transactions in the U.S. in the past few years, and sees Western capital looking to partner with growth companies in Southeast Asia through SPAC combinations that could trade in New York or Asian exchanges. “You have (roughly) 500 SPACs out there (in the U.S.), looking for targets and companies of value,” Bernstein said. SPACs and other international investors eying Southeast Asia’s prospects will be ready to offer relatively big amounts of capital that otherwise wouldn’t necessarily be so readily accessible to local entrepreneurs there, he believes.

Though Asian bourses have been slower to embrace SPACs than the U.S., Bernstein sees that evolving with improved regulation. “There’s no doubt in my mind that you see both Hong Kong and Singapore recognize the value of a SPAC as a tool to raise capital,” he said. “The SPAC market in Asia is in its infant stages right now.”

Singapore’s potential further stands out for Bernstein because of the long experience and international ties of the Singapore Exchange, and openness of Singapore to business immigrants. The top 10 richest on the 2021 Forbes Billionaires List with Singaporean citizenship is dotted with members from Greater China, including Zhang Yong, chairman of restaurant chain Haidilao; Li Xiting, chairman of Shenzhen Mindray Bio-Medical Electronics; Forrest Li, founder of e-commerce firm Sea, Shu Ping, co-founder of Haidilao; and Jason Chang, chairman of Advanced Semiconductor Engineering.

Bernstein also sees in Singapore a technology center with potential akin to Israel, with its own homegrown talent and the ability to attract outsiders to its shores. Singapore-headquartered ride-hailing firm Grab, for instance, debuted on the Nasdaq in December after it merged with Altimeter Growth in the biggest Southeast Asia listing and SPAC deal thus far. That listing has been a disaster for investors so far, losing more than 70% of its value since.

Beyond tech, companies that cater to consumers with rising disposable income will also appeal to Western stock investors, he believes. “When somebody that’s making $4,000 a year doubles their income, 100 % of that goes back into the economy.” Indonesia, based on its large population of more than 275 million, is “by far and away number one, putting aside Singapore” in growth potential for MBP, he believes, followed by the Philippines, Vietnam and Malaysia.

What’s ahead for China’s overseas listings? China’s recent push to encourage income redistribution though a “common prosperity” push, may limit the country’s appeal to entrepreneurs if carried too far, Bernstein believes. Limitations on “who” can succeed, “how much” they can make, and global information flows may be “a challenging effort” for planners looking to grow the economy in the long term, he said.

Regulatory uncertainties in both the U.S. and China in the meantime are slowing down overseas listings by Chinese companies. “Both the U.S. and China have laid down rules and the market is unclear how the rules are going to get enforced,” he said. Those include thresholds for government review by China and for accounting disclosure requirements by the Securities and Exchange Commission. “In a way, the markets are going to compel people to lay down clear rules,” Bernstein said. “One thing I’m sure about China is they’ve always been super clear on what they want to do and incredibly hazy on the details of how it gets done. And this is no different.”

Eventually, however, the U.S. and China sides will come together to agreed accounting rules to facilitate listings, he predicts. “I describe China and the U.S. as in 50-year marriage, which that’s exactly what it’s been. And in a 50-year marriage, there’s some very good times and some very bad times. But at the end of the day, as I always say, the reason nobody got divorced is because they couldn’t afford it.”

MBP, though smaller than the accounting big four – Deloitte, Pricewaterhouse, EY and KPMG, believes its long experience with U.S. listings by China companies offers customer value in Southeast Asia for local businesses looking for international capital, Western investors looking for businesses to put money into, and even mainland Chinese businesses looking to expand into the region.

“When I go into a market, I only go into the market because I feel that I can add value. I’m not going there to do the same thing everybody else is doing. I’m going to do it better and come out on top, because every time you do that, the only thing that happens is you wind up in the middle of the pack.”

Visiting Singapore recently, he said he felt much like he was in China two decades ago. “When I started in China 20 years ago, I was looking out the window, and I didn’t know where anything was. I had no employees there. I had my cell phone. I don’t know where the business was going to come from — even today.”

And so, he continued, “This is where things seem to be pointing to,” in Southeast Asia. “It’s not that (Southeast Asia) is going replace China. Nothing’s going to replace China, because nothing has the size and scope and depth of China. But given the nature of at least what I do and working in emerging markets, you can’t ignore what’s just happening under your nose.”