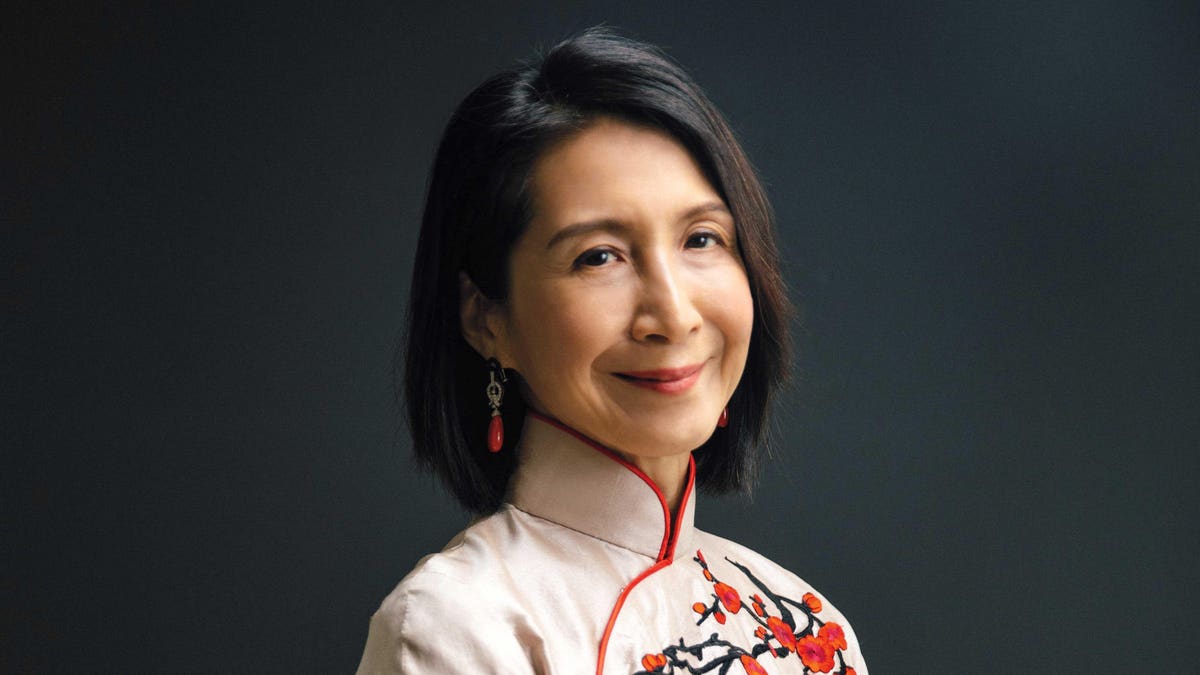 After a blockbuster deal that realized over a half-billion in profits, Straits Trading’s Chew Gek Khim looks to create more returns through savvy investments.

After taking control of one of Singapore’s oldest companies more than a decade ago, Chew Gek Khim, executive chairman of Straits Trading, had a plan: To streamline the firm’s tin business and scattered interests and carve out a forward-looking investment company focused on higher yields in property and hospitality. She restructured and cashed up for new deals, such as buying a 20% stake in Singapore property fund manager ARA Asset Management in 2013. That move is now paying off. The privately held firm has just been sold for $5.2 billion, leaving Chew with a paper gain of S$710 million ($526.5 million).

“I’m happy, pleased, vindicated,” says Chew, 60, from her office in Singapore, three weeks after ARA’s acquisition by Hong Kong-listed ESR Cayman was announced in early August. The deal comes with a list of superlatives: ESR will be Asia’s largest real estate fund manager with $129 billion in combined assets under management (AUM)—two times the size of its biggest competitor—and the third-largest real estate asset manager worldwide.

It will also be the region’s third-largest property company by market cap, surpassing some of Asia’s oldest developers like Hongkong Land and Wharf Holdings. “By merging the two [companies we] could create like a Blackstone of Asia,” Chew says.

It’s also a huge windfall for Straits Trading—ARA’s second-largest shareholder at the time of the agreement—and gives bragging rights to Chew who paid S$294 million for those shares eight years ago. “There were quite a few naysayers” at the time, Chew recalls. “I don’t think people appreciated what a real estate investment manager was. People were still thinking of real estate in the traditional manner. You develop and sell, or you buy and hold.”

“I am annoyed and irritated because the market doesn’t ascribe the fair value of [Straits Trading’s] NAV.”

ESR will pay Straits Trading S$134.8 million in cash and S$915.3 million in ESR shares, giving Chew’s Singapore-listed firm almost 5% ownership of the combined entity. (The deal is expected to close by year’s end or early 2022, subject to regulatory approval.) Chew says she hasn’t yet decided whether to hold the shares for the long haul. “If we believe in this giant entity, then it makes sense for us to keep it all,” she says.

For Chew, one of Singapore’s richest women with a fortune of $1.65 billion (which she shares with her family), it’s about making good on a commitment to create long-term value at Straits Trading. The 133-year-old company was founded in 1887 by a Scotsman and a German who saw riches in tin—and put on the map by her late grandfather Tan Chin Tuan. The Singaporean banker and philanthropist added Straits Trading to Oversea-Chinese Banking Corp.’s stable of companies when he was the bank’s managing director. He subsequently chaired Straits Trading for 27 years until he retired in 1992, leading its transformation into a diversified group.

Chew and longtime business partner John Lim, the 65-year-old cofounder and vice chairman of ARA—along with ARA shareholders U.S. private equity firm Warburg Pincus and Li Ka-shing’s CK Asset Holdings—had weighed up whether an IPO was the smart move for the $95 billion company (AUM). The deal they inked with ESR, however, gives the combined entity a market cap of about $15 billion—three times larger than the $5 billion valuation ARA targeted with the IPO. Lim declined to comment for this article.

“We think a bigger entity stands a better chance,” Chew says. “If you look at all the tech companies, they’re all so big now. Even a $5 billion company won’t be as appreciated as a giant entity.” In an emailed statement, ESR chairman Jeffrey Perlman says the scaled-up firm, whose portfolio includes $53 billion worth of logistics warehouses and data centers, will be able to attract global investors seeking to deploy capital to fewer managers. Investors seem to agree. Straits Trading shares have doubled in the past 12 months, climbing to a seven-year peak of S$3.29 in August on news of the ARA sale—after stubbornly trading between S$1.50 and S$2.50 between 2016 and 2020.

Company debt soared 80% over that five-year period to S$1.4 billion in 2020 while revenue dwindled 40% to S$309 million. Chew says she isn’t worried about the debt levels—which reflect asset purchases—as gearing is manageable at about half of equity. “We practice prudent capital management, with sufficient debt headroom to pursue opportunities swiftly,” she says. Revenues only tell part of the story, with the topline distorted by the tin business, she adds: “We are an investment company thus it is critical to consider contributions from our associates and joint ventures.” Profit after tax rose nearly 27% from 2016 to hit S$100 million in 2019, before slipping to S$71 million last year due to the pandemic.

Straits Trading trades at a 23% discount to its NAV of S$4.03 as of end-June (UOB-Kay Hian estimates the company’s NAV will jump to S$5.70 once the ESR deal is completed). That compares with a 56% discount for Singapore’s Frasers Property and 23% discount for City Developments. Given Straits Trading’s structure, “it will always suffer from a holding company-conglomerate discount,” says Justin Tang, Singapore-based head of Asian research at United First Partners, in a text message.

It’s a source of frustration for Chew. “I am annoyed and irritated because the market doesn’t ascribe the fair value of [Straits Trading’s] NAV,” Chew says. Its real estate investment arm, Straits Real Estate (SRE), in fact, has delivered an average 10% ROE in the past five years. That compares with the 3.7% return of developers and real estate investment trusts listed on the Singapore bourse, Bloomberg data shows.

SRE contributed 83% of Strait Trading’s first-half net profit, which jumped to S$123 million from last year’s $5.5 million. Set up by Chew in 2013 with S$950 million in funds committed, it has nearly doubled its investments across the Asia-Pacific region and now Europe, following the £77 million ($101 million) purchase of a U.K. business park last year.

With demand for warehouse space increasing amid the pandemic-fueled e-commerce boom, SRE is well positioned with its logistics assets worth S$517 million across Australia and South Korea. Straits Trading hopes to realize larger gains and has begun to securitize some of these assets into a private trust—part of a broader strategy to divest mature properties and reinvest the capital, Chew says.

“Securitization is a sensible next step and I think the market is ready,” says Hugh Young, Singapore-based chairman for Asia-Pacific at Aberdeen Standard Investment, by email. Aberdeen became a shareholder of Straits Trading in 2013 after swapping its shares in automotive distributor WBL for a 6% stake in Straits Trading.

While the fund manager has since sold the shares, Young says he has high regard for Chew and her “ability to sort out tricky assets.” Chew tried to buy WBL from OCBC’s stable of companies in 2012 but after the Lees, founders of Singapore’s second-largest lender, counterbid twice, she decided to sell the WBL shares the following year, walking away with a $400 million windfall.

Looking for value is a lesson Chew learned from her grandfather, who passed away in 2005 at age 98. In an interview with Forbes Asia in 2014, she recalled Tan tried to dissuade her from buying some jewelry during a shopping trip in her early 20s with some sage advice: “You know, Khim, diamonds don’t pay dividends.” After graduating from the National University of Singapore in 1984 with a bachelor’s in law, Chew worked at the prominent local law firm Drew & Napier for three years before joining the family’s investment company Tecity.

She worked closely with her grandfather—who told her to buy at least one of the companies he acquired for OCBC while at the bank. After she became Tecity’s chairman, she honored his wish: wresting control of an 89% stake of Straits Trading from OCBC’s Lee family in 2008 (today Tecity’s stake is 74%).

As the global financial crisis upended the world economy, she laid the groundwork to improve ROI and strengthen fiscal discipline. She restructured the group’s hospitality division and tied up with Singaporean billionaire brothers Robert and Philip Ng. Their joint venture, Far East Hospitality Holdings (FEHH), which is 30% owned by Straits Trading, has 100 properties with more than 16,500 rooms under management across eight countries, including 1,300 rooms in the Asia-Pacific region added last year.

“I’ll get rid of [the tin business] when I get my value. As far as I’m concerned there’s still a lot of value in it.”

While FEHH losses widened in the first half due to the lingering impact of Covid-19, Chew is optimistic global tourism will return to pre-pandemic levels by 2023. “Operating conditions remain challenging but [the company] is positioning itself for post-pandemic recovery growth by forging ahead with new hotel projects,” she says by email.

Chew also has focused on modernizing the company’s legacy tin mining and smelting business, owned through a strategic stake in Malaysia Smelting. It remains at the heart of the group, making up 85% of consolidated revenue. According to Bloomberg estimates, it’s expected to post a net profit of 63 million ringgit ($15 million) this year—the highest it’s been since 2009—easily surpassing last year’s pandemic-hit profit of 16 million ringgit. Earnings were boosted by soaring tin demand for use in everything from EVs to laptops, causing a supply crunch.

“The tin market continues to be tight and there’s little chance of this changing in the near term,” writes Geordie Wilkes, research head at Sucden Financial in London, in a research note published in July. The price of tin on the London Metals Exchange is up almost 80% since the beginning of the year, touching a historic high of $38,059 on Sept. 24. Wilkes expects the price to remain firmly on the upside averaging around $35,000 per tonne through 2022. That bodes well for Straits Trading’s metal-processing arm, which is slated to start commercial production at its new smelter later this year or in early 2022.

To expand capacity, Malaysia Smelting converted an old lead smelter in Pulau Indah into a tin smelter that can annually process up to 60,000 tonnes of tin. That figure is a 50% increase in capacity from its existing smelter in Butterworth, Penang, which will be decommissioned and redeveloped over the next decade into Straits City, a S$1 billion mixed-use hotel, retail, commercial and residential project. With the price of tin elevated, Chew expects to recoup the 80-million ringgit investment in the smelter within a year.

Tang at United First Partners points out that selling the tin business would definitely narrow Straits Trading’s trading discount. Others have also wondered if it remains a good fit for the company. Says Aberdeen’s Young: “Those assets in Malaysia could be of great value but are darned difficult [and] slow to realize.”

Chew has turned down all offers for Malaysia Smelting over the years—but not for sentimental reasons. She says: “I’ll get rid of it when I get my value. As far as I’m concerned there’s still a lot of value in it, so I’m not giving it up yet.”