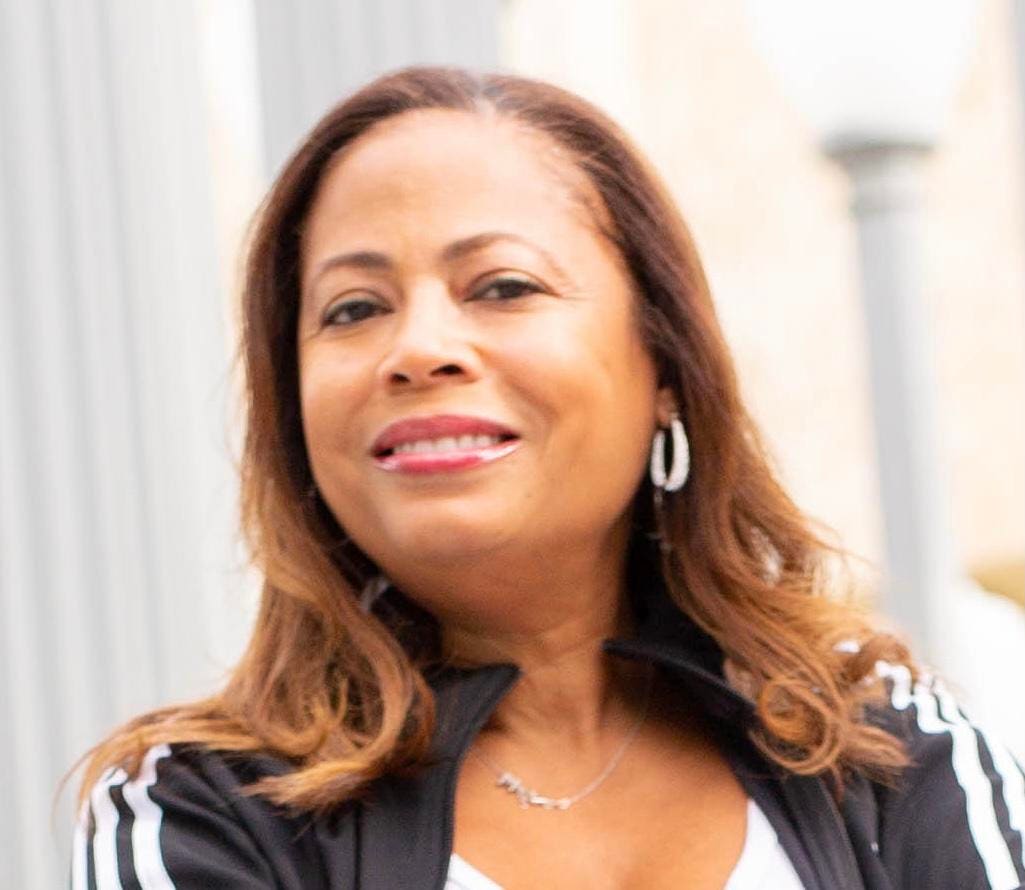 Tonight at 8 p.m. ET/PT, CBS Studios broaches the topic of cultural appropriation in a new episode of THE NEIGHBORHOOD, one of the studios’ more successful comedies. The episode thoughtfully strikes a balance between humor and critical circumspection of a sensitive topic related to race relations in the country. Forbes had the opportunity to speak with the showrunner and Executive Producer of the show, Meg DeLoatch, about the episode and the message she hopes viewers will take with them after watching.

Hollywood veteran Meg DeLoatch, who created and executive produced the Netflix comedy Family Reunionand the hit series Eve, starring Grammy-award-winning artist Eve is currently the showrunner and Executive Producer for CBS Studio’s THE NEIGHBORHOOD, starring Cedric the Entertainer. DeLoatch has worked in television for decades — writing and producing television series such as Fuller House, One on One, Raven’s Home, and the wildly popular Family Matters. Tonight’s episode of THE NEIGHBORHOOD examines cultural appropriation of the Black culture, which DeLoatch –  a Black woman herself — described as a “reoccurring bone of contention” for her.

DeLoatch shared that while the cast and crew of the show felt it was important to contribute to this critical conversation, they were also careful to not offend their viewers. They wanted to approach the topic in a way that would be educational and not accusatory or judgmental toward their non-Black viewers, while also remaining respectful of the Black community and approaching cultural appropriation as a serious issue. “We wanted to make sure that we were not presenting Black women as being a caricature or being offensive of Black culture,” DeLoatch shared. “This is entertainment, but this is also something that affects me and women like me,” she went on to explain.

Because race relations in the country have reached a disturbing crescendo, discussing topics consistent with racism, anti-Blackness, oppression, or racial privilege can be met with resistance and intolerance. Yet, DeLoatch and the cast and crew of the show decided to tackle the topic nonetheless. DeLoatch said that she appreciates when someone outside the Black culture shows an interest or an appreciation for certain aspects of Blackness. But, as the award-winning writer and producer put it, “I do appreciate when people appreciate the culture. Just give credit where credit is due.”

It then becomes crucial to distinguish between respect and appreciation and appropriation and flat-out disrespect. Cultural appreciation involves respectfully borrowing components from another culture with an interest in sharing ideas, diversifying oneself, and then giving appropriate credit to that culture. For example, learning martial arts from an instructor with an understanding of the practice from a cultural context or eating Indian food at an authentic Indian restaurant. In contrast, cultural appropriation happens when a person or a group takes something that does not belong to them.

Most often, it refers to an exchange that occurs when a dominant group takes or borrows something from a marginalized group that has historically been exploited or oppressed. In this sense, appropriation is not a demonstration of respect or appreciation for the other culture. In fact, it implies the exact opposite. That is, a lack of understanding or appreciation for the historical context that influences what is being taken. For example, a non-Black person wearing cornrows or an ethnically braided hairstyle without understanding and appreciating the deeply rooted history of braids in the African and Black cultures.

But appropriating the Black culture is not a new phenomenon. In fact, it’s as age-old as apple pie and baseball. The same can be said about commodifying Blackness, which has an eerie relationship with cultural appropriation. Seven white social media influencers who were notorious for “Black fishing” were recently called out for presenting themselves as Black women, or at the very least racially ambiguous, to gain followers. Rachel Dolezal is perhaps the OG of modern-day cultural appropriation.

In 2015, Dolezal, a white woman, was caught with her hand in the cookie jar after living her life for decades as a Black woman. She completely re-wrote her history to include an all-Black cast of family and friends, attended Howard University — an HBCU, received scholarships exclusively awarded to women of color, and ultimately secured a prominent position with the NAACP. She has since been charged with welfare fraud in 2019. More recently, Jessica Krug, a former professor of African History at George Washington University, was exposed for living her entire career in academia as a Black Latina when she was in fact white.

Blackness Is Beautiful On All Other Women, Except Black Women

But some argue that the actions of people like Dolezal, Krug, the seven influencers, and countless others are benign and harmless. But that couldn’t be further from the truth. Conversations around the appropriation of Blackness always seem to center around Black women. In particular, how non-Black women have appropriated physical features commonly associated with the bodies of Black women. “When we [Black women] have it, it’s not considered great. But once someone takes it and appropriates it, it’s sexy. But it’s not as sexy on us as it is on other women,” DeLoatch said.

And she’s right. Economists predict that the cosmetic surgery and procedure market will be worth almost $44 billion by 2025. Studies show that over the last 20 years, it has become increasingly more popular for non-Black women to go under the knife, or a syringe filled with filler to enhance features that are commonly attributed to Black women. While there’s no judgment against getting fuller lips or a more pronounced derrière, again, it’s essential to be mindful of the cultural context and implications of following societal trends.

For centuries, Black women have been told by American standards of beauty that they’re unattractive and unworthy. The odd paradox in the U.S., which positions Black women as undesirable, yet, sexualized and exploited, suggests they don’t possess worth beyond their bodies and sexual fetish. Consequently, many Black women live in constant torment — torn between being in direct opposition to societal standards of beauty while also being the object of sexual exploitation and lust. At the root of this is what bell hooks refers to as the devaluation of Black womanhood, which began during slavery and still exists today. One of the most salient illustrations of this dates back to Saartjie Baartman (Sarah Bartman), a South African woman exhibited in London during the mid-1800s to be gawked at by affluent Anglo Europeans for her pronounced breasts, hips, and buttocks.

She is now a symbol of the intersectionality of racism, sexism, colonization, and the exploitation of the Black female body. Black women who were slaves, like Baartman, were often raped by their owners, sometimes in front of their husbands. Whatever little value Black women had in American society was lost with the continued sexual exploitation of their bodies during and after slavery. And now, Black actresses and models are told by casting agents and Hollywood executives that their lips are too full, their behinds are too round, and their noses are too broad. Meanwhile, white and other non-Black women are paying up to $1,000 per syringe for filler to plump their lips (and more) and profiting off the very features that have been used to degrade, belittle, and oppress Black women. This suggests that the size of a woman’s lips and hips are not the issue – anti-Blackness is.

That said, appropriation of Blackness has been seen in various facets of American popular culture. For example, in the 1950s, white musicians “invented” rock and roll; however, the musical style was borrowed from Black musicians who never received credit, and music executives chose to promote white performers over Black performers. In the 90’s Madonna introduced voguing to mainstream American popular culture. But the truth is voguing as a dance had its roots in the gay clubs of New York City and was pioneered by the Black and Latinx communities. While talking to DeLoatch, she made a comment that speaks to these examples. “How is that you can take something from somebody and put it out on a mass scale and not attribute authorship? It’s as though we’re invisible,” DeLoatch reflected. “To just take and not acknowledge – basically implies that we’re not important enough to acknowledge. We’re not even important enough to be embarrassed when you’re caught.”

The Privilege of Choice

While speaking with Forbes, DeLoatch also talked about the privilege of choice. “In the midst of us deciding to do this show and this character, it was really important for us to make it clear that this was someone who loved Black culture but when it was convenient could code switch out of Black culture into the security and safety of being a non-Black person,” DeLoatch said. “Taking the best of us, while also having all of the perks of not being Black.” For example, not being racially profiled or adversely affected by structural racism. The Black culture is not a cloak that can be taken on and off. In doing so, Black culture is trivialized and reduced to a trend, which further silences and perpetuates the invisibility of the Black community. When non-Black people appropriate Black culture, they are actively participating in a form of racial violence.

Because we live in a time when racist white people can essentially say, we want your stuff, but we don’t like you, the privilege of choice becomes blurred, and it’s easy for intention to be conflated with impact. Let’s be clear. Regardless of the intent — good or bad —, the impact of cultural appropriation is harmful and further oppresses the group that is being taken from.  Thankfully, Meg DeLoatch and the cast and crew of THE NEIGHBORHOOD get it. And so does CBS Studios. In fact, in an effort to increase diversity and amplify the voice of the Black community, CBS Studios is currently producing several other shows including Swagger, The Game, The Man That Fell To Earth, and 4400 with Black showrunners.