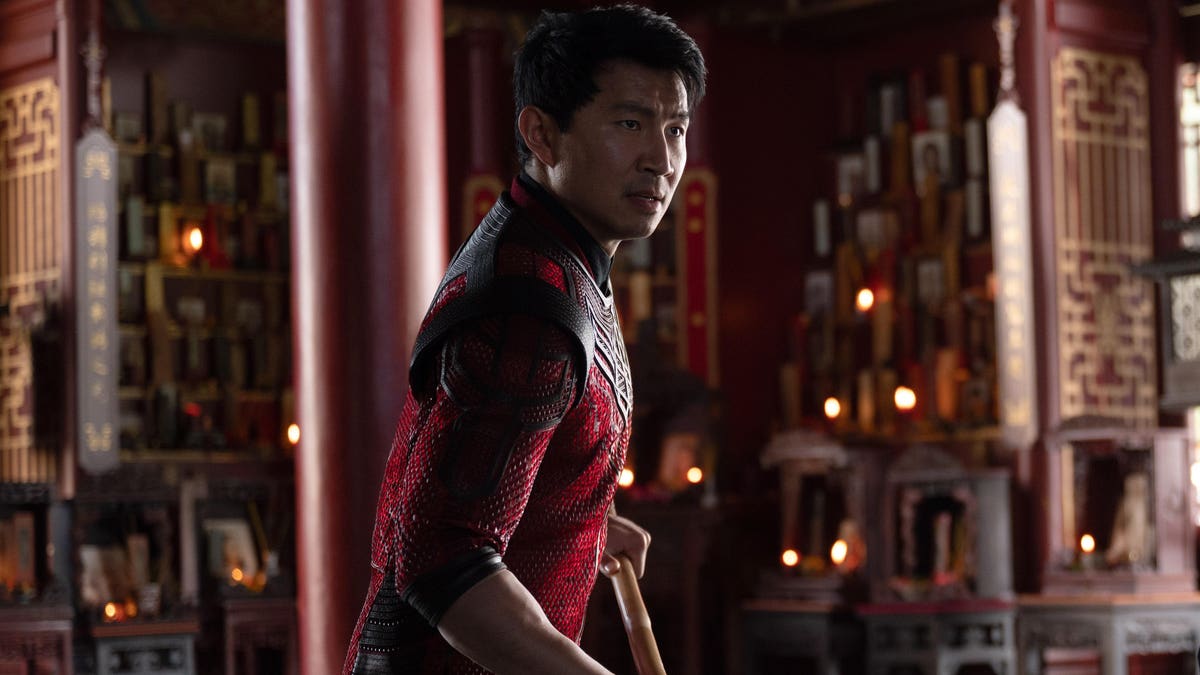 The Destin Daniel Cretton-directed Marvel actioner should earn around $13 million (-40%) for a $196 million 24-day cume. It’ll pass $200 million domestic sometime next week and soon pass Bad Boys For Life ($204 million in January 2020) as the biggest 2020/2021 domestic earner. Concurrently, it’ll face off with its first real competition next weekend, as Sony unleashes Venom: Let There Be Carnage in a quadruple whammy of Venom 2, No Time to Die, Halloween Kills and Dune. That Shang-Chi will spend four weekends topping the box office instead of three weekends is due to Sony shifting Venom 2 from September 24 to first October 15 and then October 1. The ability to hold onto the top spot for the weekend is often a matter of what else is on the schedule.

For example, had The Pineapple Express opened on a Friday instead of a Wednesday (where it earned $12 million in its first day for a $41 million Wed-Sun debut) in August of 2008, The Dark Knight would “only” have had three weekends at number one instead of four. Rank can often be arbitrary; the raw number is what matters. Of course, the raw numbers for Shang-Chi are even more impressive than the whole “number one movie for four straight weekends” stat. If the film’s current 55/45 domestic/overseas split remains intact, the film should be just over/under $355 million worldwide. Yes, the overseas numbers are compromised accordingly, although it’s more Covid curves worldwide than “Oh no, it won’t get that extra $115-$215 million from China!” But that’s for another day.

In a sign of how… “one movie to rule them all” the pandemic-era box office has become, the next biggest release was Free Guy. The Ryan Reynolds/Jodie Comer video game-centric fantasy earned $1.124 million on Friday (-25%) to set the stage for a likely $3.8 million (-25%) seventh weekend. That’ll give the over/under $115 million original a $113.8 million domestic cume (along with over $300 million worldwide and counting) as it debuts on PVOD this coming Tuesday. In a slight irony, the 20th Century Studios flick will pass the domestic gross of Walt Disney’s Jungle Cruise right as its theatrical exclusivity period ends. The Dwayne Johnson/Emily Blunt adventure comedy earned $437,000 (-19%) on its ninth Friday for a likely $1.6 million (-23%) weekend and $114.8 million domestic cume.

The $200 million franchise-starter has earned over $200 million worldwide along with whatever it nabbed on Disney+ “Premier Access” in those first 30 days. We’re allegedly getting a sequel to both films, along with Emma Stone’s Cruella. Honestly, I’d argue that, like Godzilla Vs. Kong, Free Guy made more domestically as a big fish in a smaller pond than it might have as just one would-be franchise flick amid a sea of them in a non-Covid summer slate.  Jungle Cruise ended up right between Rampage and Central Intelligence among Dwayne Johnson vehicles, while Cruella legged out hard ($86 million from a $26.5 million Fri-Mon debut), but the hope is that their respective sequels will merely perform as well (especially overseas) as their predecessors would have in non-Covid times.

Finally, to make this a Disney-centric Friday box office update, The Eyes of Tammy Faye earned another $202,000 (-18%). That pushes Michael Showalter’s Oscar season flick, starring Andrew Garfield as Jim Baker and Jessica Chastain as Tammy Faye, past the, uh, $1.1 million mark. The drama, which has earned mixed-positive reviews but plenty of press for Chastain’s star turn, expanded from 450 theaters to 1,352 theaters this weekend, hence the very tiny second-weekend drop. We can expect a $659,000 (+1%) in weekend two for a $1.6 million ten-day cume. That’s not exactly a blow-out figure, but at least it’s still alive. The first commercial Oscar flick will be Ridley Scott’s period piece melodrama The Last Duel. That Matt Damon/Jodie Comer/Adam Driver/Ben Affleck flick opens October 15 courtesy of 20th Century Studios.