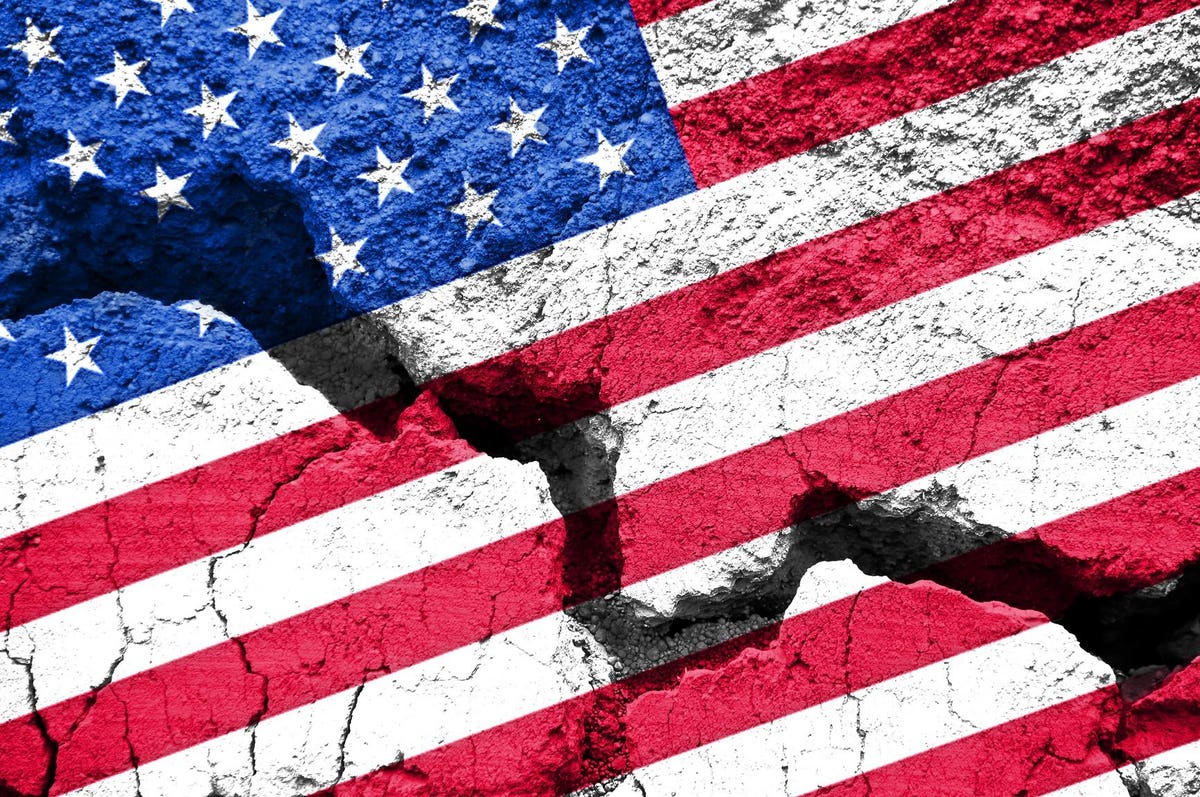 America Hungers for Unity not Divisiveness

We sit at a vital moment in history for capitalism – one that has created a sharp divide that resonates from the corporate board room to the halls of American democracy – and which threatens not only our businesses, but our very way of life.

What we desperately need at this moment of extreme polarity is to reconcile two vastly different views of the state of America’s economy expressed by two senators seated on opposites sides of the political aisle. These political viewpoints, which bring us the system of checks and balances so critical to our country, must be put to the side, even if temporarily, while we forge a path to heal our economy, our businesses, and our society.

For the past 40 years, American has embraced a shareholder primacy model of capitalism, one that produces only one winner – the shareholder. It has resulted in a devastating socio-economic inequality made even more evident by the pandemic when those with less suffered infinitely more. This is unacceptable in my view. It is a complete repudiation of all that this country has stood for since its founding which is opportunity for all of us, not just the lucky few.

We now must immediately embrace a systemic change and create stakeholder capitalism, a system which produces multiple winners – the shareholder, the employee, the business itself, the community, and the planet. Stakeholder capitalism, I am confident, is the only model capable of creating inclusive growth and prosperity for all Americans. Meantime, a recent hearing in the Senate illustrates that government appears to be divided on which version of capitalism is best suited to our country.

This is a vitally important debate. There is much at stake in the two forms of capitalism being considered – the shareholder primacy model, or a more evolved version, stakeholder capitalism. The future prosperity of the American people is in the balance. The role of business in society is also part of the debate.

I turn to the testimony from a recent hearing of the Banking, House, and Urban Affairs Committee with the CEOs of the six largest banks in America and cite the starkly opposing views of two senators, considered the most powerful leaders in the Senate dealing with business issues. It is clear, that these two elected officials couldn’t be further apart in their observations on the economic state of our country.

These are their words, from that hearing.

“Look what’s happened to our country during that time (the past 40 years): Profits have gone up, stock prices have soared, your own compensation is stratospheric, the workers are getting a smaller and smaller share of the wealth they create, and they’re working harder than ever. We have a racial wealth, and income gap that’s barely budged since we passed the Civil Rights Act. In the aftermath of the 2008 Great Recession where millions lost their jobs, Wall Street still made record profits. In a pandemic where half a million Americans died, we had the highest unemployment since the Great Depression, Wall Street still made record profits.

Like most Americans, I want businesses to make money. I don’t mind that those bankers are rich. Some people are going to be wealthy. That’s fine with me.

Here’s the problem, though, under the current system, Wall Street profits no matter what happens to workers because those profits now come at the expense of workers. Your banks are the ones that largely built that system.

“So, the financial system’s contributions to America’s economic growth before and during the pandemic are really part of the larger success story of our capitalist system. There’s no economic system that has lifted more people out of poverty, created more opportunity, and produced a higher standard of living than democratic capitalism. Thanks to capitalism, life is better for the vast majority of Americans today than it’s ever been.

In fact, before COVID we had the best economy of my lifetime. We had the lowest unemployment rate in 50 years for all Americans. We had across-the-board wage growth, and the wage growth was growing fastest for the lowest income earners, so we were narrowing the income gap. In fact, the very system of economic freedom that my colleagues sometimes criticize was actually creating unprecedented and shared prosperity across America.

Some bank leaders have embraced the so-called stakeholder capitalism which really diminishes the primary—the primacy of shareholders in our economy and encourages corporations to pursue a social agenda rather than prioritize its responsibility to its owners.

It’s a fact that a well-run business always benefits their stakeholders. That’s the nature of business, but management’s responsibility is to do so in service to shareholders because they own the company, and people who own a company whether it’s through shares in a retirement account, pension plan, college savings account or anything else, they rely on a firm’s officers to look out for their financial interest.

Making decisions based on social policy objectives rather than profit maximization deprives these shareholders of their rightful property, and worse yet, once shareholders’ rights are reduced to the level of all other stakeholders, it’s up to the company—its management to decide whose interest to prioritize.

And I think that’s a contradiction of the fundamental aspect of capitalism. And my point is that if you concede the premise that shareholders don’t rank above other stakeholders, then it’s hard to explain in principle why those criticisms are wrong. I think there is a principle to explain why they’re wrong, and that is that your primary responsibility is to maximize value for your shareholders.”

It’s shocking, isn’t it? How can it be that two senators elected by the American people could have such wildly different views of what is actually happening in America. One seems to have donned rose-colored glasses; the other appears to have put on his readers to examine the world around him and sees data that suggests an extremely unequal America.

As an immigrant and businessperson, I started to study the socio-economic reality of America about 10 years ago. Several articles, starting in 2015, one in the New York Times summarized my scary conclusions. In early 2017, my book, Capitalists, ARISE! was published and the myriad of data and analysis support Senator Brown’s position. As I have built the case for a better form of capitalism, I point to a single example that makes clear our country’s pain: pre-pandemic, nearly 60% of American households had to borrow money most months to put food on the table or pay their rent/mortgage.

Senator Toomey, whom I don’t know personally, makes unsubstantiated false claims which I feel compelled to address. I grant him the benefit of the doubt and assume that he is simply uneducated about the facts. I will not excuse him for not closely studying these issues given his position of power and influence. This senator must be asked to deliberate again. For the record, he is not alone in his expressed views.

Economic health of the country:

Senator Toomey claims that America’s economy pre-pandemic was great, implying for all Americans, “In fact, before Covid,” he said, “we had the best economy in my lifetime. We had across the board wage growth. Wage growth was growing faster for the lowest income, so we were narrowing the income gap. We had the lowest unemployment in 50 years.”

In fact, America is deeply split between some 25% of the “haves,” the shareholder class, who own some 90% of the total value of the stock market and 90% of the operating profits of all American businesses’ operating profit. The other 75% of Americans have seen their wages, with small blips here and there, stagnate at or below inflation for the last 40 years. And real unemployment, meaning the people of working age who should be working (18 – 55 years old) has been growing. Pre-pandemic it reached close to 20%. The Federal Reserve refers to this measure as labor participation which is exactly what real unemployment means. The Senator referred to the misleading figure of 3.7% or so of workers who have looked actively for a job during the past 4 weeks. The other folks have been driven out of the job market by lack of jobs, lack of skills, poor education—driven primarily by poor pay, resulting in low real estate taxes in the zip codes where the vast majority of Americans live. Surely the Senator should know all this. He should at least be curious why America is rated at the top of the developed world in income inequality and also ranks as having the most immobile society among the same peer nations.

Who owns the corporation?

Senator Toomey said in his testimony “the shareholder owns the company so shareholder primacy must be the role of business in America.” In his own words: “Management is in service to shareholders because they own the company.”

In fact, shareholders of a publicly incorporated company do not own the company. There is no law that says they do. Owners gave up that right when the company incorporated. The shareholders have no liability for what happens to a company whose shares they own. They come into a stock when they want and leave when they want. Today, they can own a share for literally only milliseconds. The corporation owns its own assets. The shareholders own a stock certificate with rights and privileges. Otherwise, it would have been an ownership certificate. The idea of ownership is nowhere to be found in the stock certificate. For more clarity, Marty Lipton, a scion of America’s corporate law, details in fair and unemotional specifics, why the shareholder does not own the corporation.

Senator Toomey claims that “stakeholder capitalism pursues a social agenda…and it is different than true capitalism.”

In fact, stakeholder capitalism is not pursing a “social agenda” but rather realigns us with the form of capitalism that made the American economy the strongest in the world.

From 1945-1982 modern capitalism took hold in America (and the world) and embracing business governance was reflective of multi stakeholder capitalism. Its purpose was to optimize the interests of the corporation’s customers, the workers, the shareholders, and the community. In its now famous, “Credo,” the Johnson and Johnson Corporate Purpose document made this capitalist governance exceedingly clear.

Multi-stakeholder capitalism is what made America the world’s dominant economic and military nation in the world—and built a middle-class that became the world’s largest economy. Starting around 1982, business, with the open collaboration of the government they helped elect, changed the business governance from multiple stakeholders to shareholder primacy. “Maximize shorter term shareholder value,” was the new business mission; a set of rules enforced by the financial community with brutal effectiveness. It was horribly effective. Shareholder value went up to unimaginable heights while the other stakeholders became exploited and languished in miserable lows. The socio-economic devastation that followed for most Americans was horrific. And the pandemic inflicted further pain and suffering.

The alarm bell has been sounded – capitalism in America must undergo a systemic change. Current government efforts are on the right track, if moving a bit too slowly for my taste. But to provide sustained recovery, business must produce inclusive growth for all Americans. Senator Toomey is quite simply, wrong in his assessment of the state of America today, the role of stakeholder capitalism, and the dire need for change.

Stakeholder capitalism is the only way to help pay workers fairly, to ensure that customers remain the most vital stakeholder, that the corporation must have the resources to invest for the long-term, that communities are helped to strive and that we can all pitch in to save the planet. As all stakeholder’s interests are optimized, profits will increase and so will long-term shareholder value.

Our very democracy is now teetering in the balance. Stakeholder capitalism is one of the most essential foundations to provide the nation with inclusive growth and help move our people towards democracy’s ultimate goal—equal opportunity for all.

America is hungry for this unity. Let’s begin the process to make it a reality. Today.