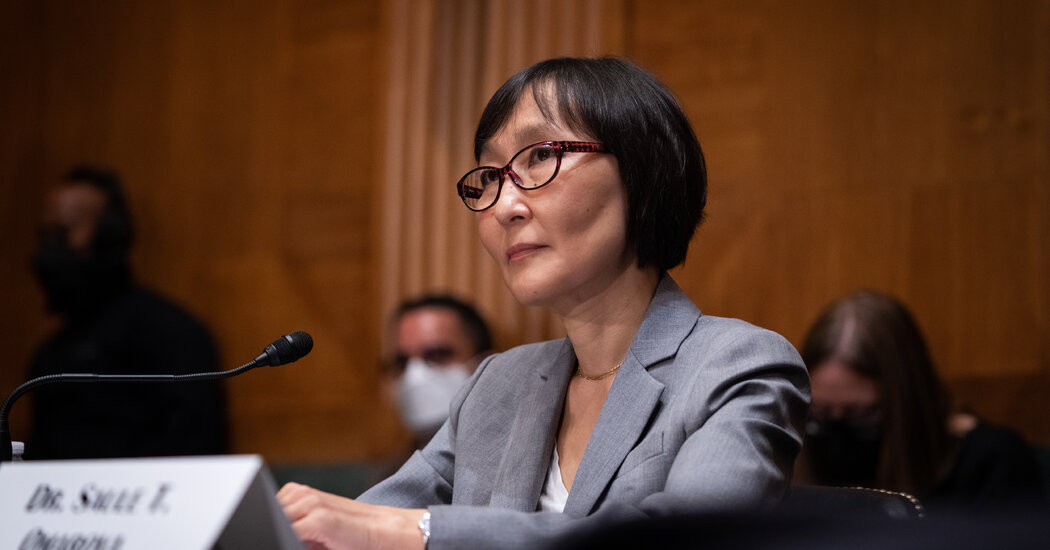 Republicans in Congress mimicked the lobbyists’ criticisms, saying Ms. Omarova’s academic work and her Soviet origins should disqualify her. In an exchange that drew gasps from Democrats during Ms. Omarova’s hearing before the Senate Banking Committee on Nov. 18, Senator John Kennedy, Republican of Louisiana, demanded to know whether Ms. Omarova had ever resigned from a communist youth group that Soviet children were forced to join, adding, “I don’t know whether to call you ‘professor’ or ‘comrade.’”

But Republican opposition would not have mattered had Senate Democrats been united in favor of Ms. Omarova. Her nomination was ultimately doomed by a lack of support from moderates, making her the Biden administration’s third high-profile nominee to bow out after failing to receive the full backing of Democratic lawmakers. The White House also pulled Mr. Biden’s first choices to lead the Office of Management and Budget and the Bureau of Alcohol, Tobacco, Firearms and Explosives.

At Ms. Omarova’s confirmation hearing, Senators Jon Tester of Montana and Mark Warner of Virginia, both Democrats, said they had serious concerns about her candidacy, although neither suggested she intended to subvert capitalism. Instead, they condemned her for having opposed legislation they both supported to roll back parts of the regulations put in place by the Dodd-Frank Act in the wake of the 2008 financial crisis.

Senator Sherrod Brown of Ohio, the Democrat who leads the Banking Committee, said in a statement on Tuesday that he was disappointed by the outcome.

“Dr. Omarova is one of the most qualified nominees ever for this job because of her experience as a policymaker, in the private sector, and in academia,” he said.

“In a relentless smear campaign reminiscent of red scare McCarthyism, they have shamefully attacked her family, her heritage and her commitment to American ideals,” he said.

Senator Patrick J. Toomey of Pennsylvania, the committee’s highest-ranking Republican, said in a statement on Tuesday that “a bipartisan consensus emerged that Professor Omarova’s self-proclaimed radical ideas for America’s financial system were not suitable for our nation’s top banking regulator.”

Tags: Banking and Financial Institutions, Biden, Joseph R Jr, Office of the Comptroller of the Currency, Omarova, Saule, Politics and Government, Regulation and Deregulation of Industry, The Forbes Journal, Trending