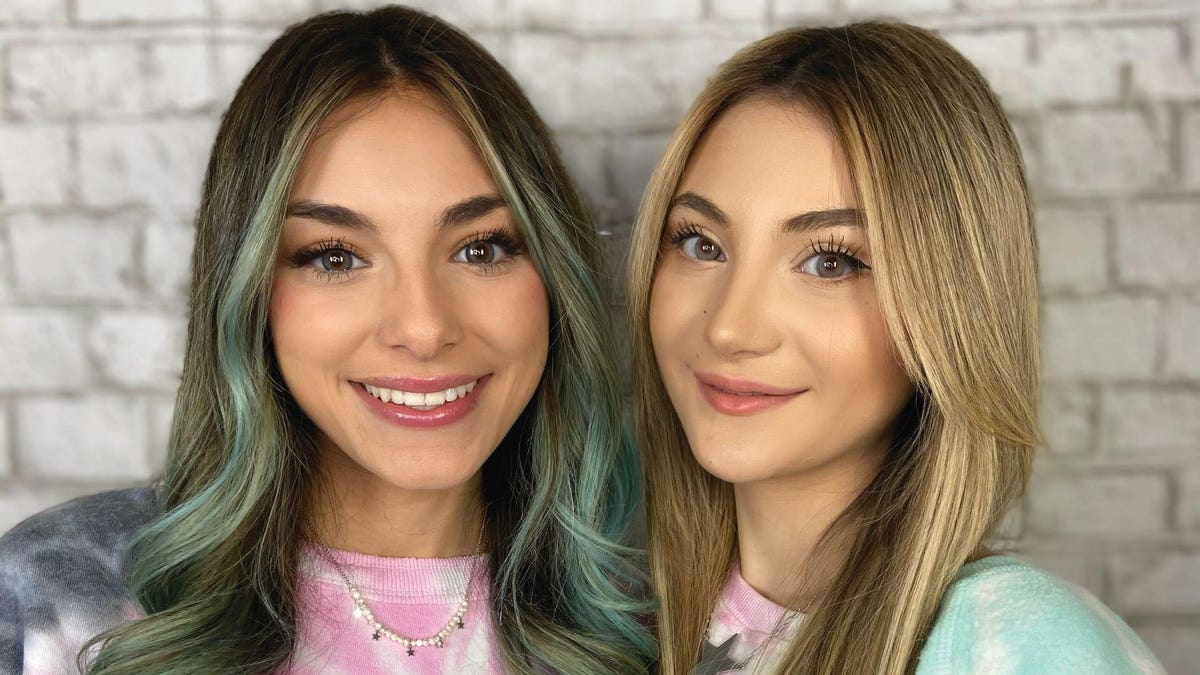 When the company now known as Hasbro was selling their new toy Mr. Potato Head in 1952, it turned to something radically different for the time – a TV commercial aimed directly at kids.

When Tyco Toys made Tickle Me Elmo a Christmas 1996 hit, a key piece of their marketing plan was landing a coveted spot on the Rosie O’Donnell show, then seen as the best way to reach young moms.

For Christmas 2021, having a hot toy hinges on whether you have the right influencer promoting it.

Influencers, and the videos they post on TIkTok, YouTube and other social media platforms have replaced Saturday morning cartoons as the way to market toys to kids. Last year, due to the pandemic, the hours kids spent watching YouTube and TikTok videos jumped and toy makers saw such a surge in influencer-driven toy sales that many have permanently shifted their marketing dollars.

TikTok in September announced that it had over 1 billion monthly viewers worldwide. Kids ages 4-15 spend an average of 80 minutes a day on TikTok and 85 minutes on YouTube, according to one study.

“My budget for TV this year is zero,” said Bill Uzell, President and CEO of Canal Toys. “Last year I only used influencers, and this year only influencers, and I don’t see myself going back,” he said. Uzell not only uses influencers to promote his toys – this year he has a hit toy, Studio Creator 2, for kids who want to be influencers, and make their own social media videos.

“It used to be marketing in the kids space and toys was fairly predictable,” said Laura Henderson, executive vice president of marketing for the Spin Master toy company. “You’d develop a great line, market them on Saturday morning cartoons, and get great placement at Toys R Us. That has all been permanently disrupted,” she said.

Spin Master is using influencers in its marketing plans for numerous toys this holiday season, including its InkFluencer arts and crafts kits and its Cool Maker activity kits promoted by WeWearCute – two sisters from New York with a 12.6 million followers. The Spin Master Aerobie Sonic Fin football is being promoted by celebrity quarterback Russell Wilson, and Spin Master’s new Mermaid High fashion dolls have a theme song written and performed by TikTok and YouTube star Claire Rosinkranz.

Henderson said Spin Master uses influencers for three primary reasons: when it is trying to enter a new platform, such as TikTok or the gaming site Roblox, when they partner with an influencer popular on the platform; to access the audience of an influencer with the types of followers Spin Master wants to reach; or to extend storytelling, as when influencers create content using the toys.

“As a children’s entertainment company, we’re focused on building brands that kids can engage with deeply over time, and creating fandom,” Henderson said. “We want to build the eco-system around those fans as deeply as we can, and that means we have to go to new channels, and we have to tell our stories in different ways.”

“Traditional paid formats don’t always work in these new environments. Sometimes hearing from a kid just like them is actually more inspiring and influential,” Henderson said.

This is creating huge demand for TikTok stars and influencers with a track record of being able to connect with kids and their parents.

A number of the influencers represented by TTPM Influencer Talent Management receive as many as 20 to 30 inbound requests a day from brands that want to partner with them to promote their products.

“Companies have found that using influencers has been a tremendous way to promote their products to potential customers,” said Jim Silver, co-owner of TTPM Influencer Talent Management. “The numbers are much more transparent and you can see who’s really seeing the content. It’s not only how many views, you’re able to see concrete analytics,” plus a direct impact on sales, Silver said.

Silver has been watching the toy industry and toy marketing change, from a front-row seat, since the early 1980s, as a publisher of trade and consumer toy publications, and as the owner of TTPM.com, a popular toy review website that also hosts toy showcases twice a year, and releases holiday hot toy lists.

Silver has seen firsthand the growth of influencer partnerships with toy brands, as more and more influencers began attending his showcases either looking on their own for new toys to promote in videos, or as guests of toy manufacturers.

After Ashley and Emma, the sibling influencers who use the name WeWearCute asked Silver if he would manage them, he co-founded the influencer management firm with Kathleen Tomes, owner of Brilliant PR, a public relations company with more than a decade of experience working with influencers.

The new company has grown quickly, from 15 influencers a year ago, to over 50 today, with combined followers of over 100 million. Its roster includes The Stauffer family – with influencer mom Katie, 6-year-old twins Mila and Emma, and other siblings, with a combined 11 million followers; YouTube stars Family Fun Pack, and Lexi Rabe, who played Tony Stark’s daughter in the movie Avengers: End Game.

“I think this is going to keep growing and for us, it was just a natural transition,” Silver said. “We don’t come from the agency business but we come from the content business and the relationship business – managing content and working with partners.”

Both Silver and Tomes say matching influencers with the right brand partners is critical.

“Appropriately pairing the product and message with the perfectly matched passionate influencer, magic happens,” Tomes said. “It’s an art and a science. We know the formula and we have both, and that’s what produces sales and results,” she said.

Brands have seen that an influencer partnership can be more effective than a post from a celebrity with many more followers, Tomes said.

“You can sometimes get better engagement and product sell-through from a well-paired influencer who has 100,000 followers and a solid engagement rate over a celebrity with 20 million followers,” she said.

A YouTube channel that launched in 2011, EvanTubeHD, is credited with sparking the current toy influencer demand, and being the first to demonstrate the effectiveness of amateur videos of kids playing with toys in selling those toys. The channel, started by a father, Jared, featured his then five-year-old son, Evan (like many influencers they keep their last names secret). At its peak the channel was getting so many views that it generated over $1 million in annual income for the family.

Evan caused a more recent kid influencer, Ryan Kaji, to ask his parents if he could make YouTube videos. Ryan’s World, a top YouTube kids’ channel, was born and led to licensing deals for toys branded with Ryan’s name and image.

In 2019, after YouTube was required to adopt new rules governing advertising to children, advertising revenues generated by such videos dropped sharply, and influencers moved toward direct partnerships with brands.

Advertising agencies began developing influencer divisions several years ago as an alternative to social media ads that consumers were avoiding, Dr. Manveer Mann, a professor of marketing at the Feliciano School of Business at Montclair State University in New Jersey, said.

“They were looking for something that would be more engaging and that people would want to watch,” Mann said. “When you’re watching video content that you want to watch, you’re not necessarily critical of product attributes or barriers that might exist to not purchase the product because you’re so engaged with it. That lowers that rational guard we use in decision making,” she said.

As a result, TikTok videos, or any video content people are interested in watching, can be a highly effective marketing tool, Mann said.

Influencers have always steered our decisions, Mann said, but the humans’ influencers were people we knew and trusted personally. With the advent of mass media celebrities became influencers, and now with the growth of social media, social media stars are top influencers, she said.

Mann sees a trend starting that could give current influencers pause – artificial – or bot – influencers created with artificial intelligence to look and act like human influencers.

Apart from the possibility of bots taking their jobs, current influencers have to worry about new generations of kid video stars replacing them.

As Bill Uzell of Canal Toys discovered last year with the success of the first version of the Studio Creator toy, lots of kids want to be social media stars. This year’s version of the toy, Studio Creator 2, has been selling out, and the company has been branching into related products, such as a light that clips onto a cellphone for filming.

“Kids want to be influencers,” Uzell said. “You offer them something they can use to make TikTok and YouTube and Instagram videos – now you’re talking their language.”