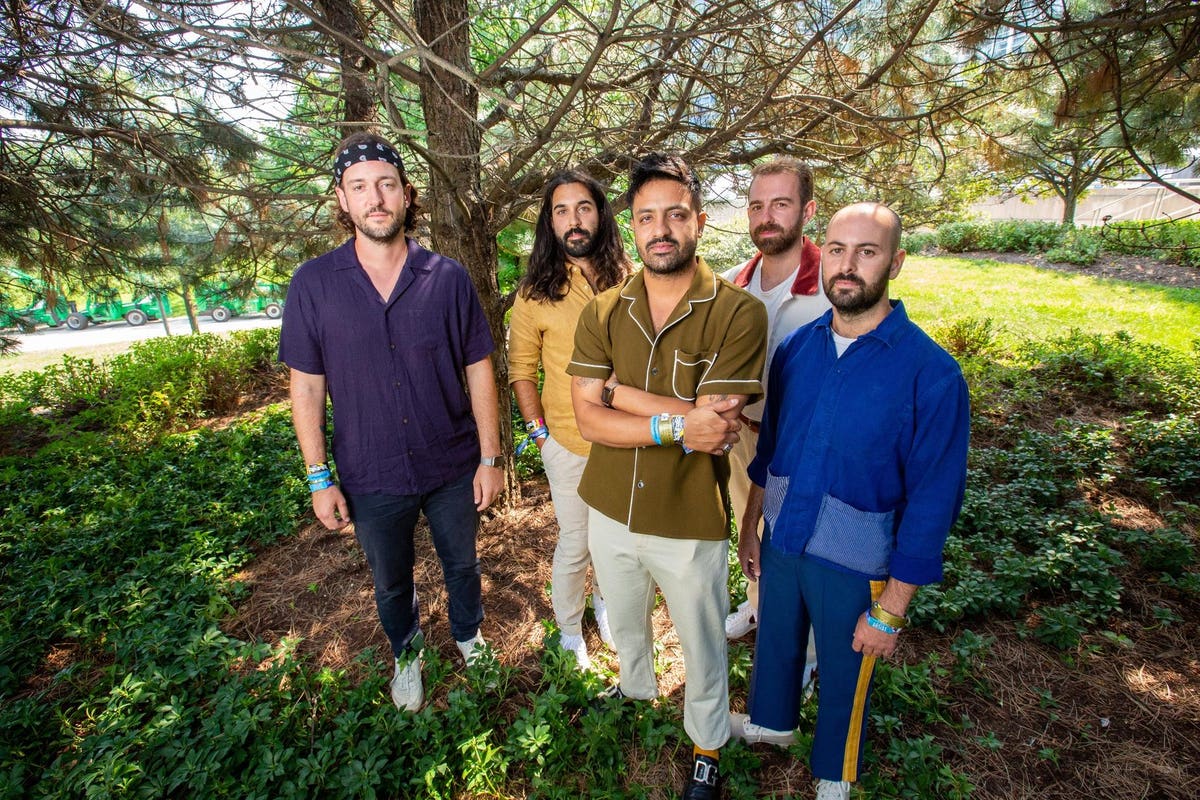 In an era where it’s become difficult for most artists to monetize recorded music amidst heavy consumption of songs via online streaming services like Spotify, many were hit hard as concerts largely disappeared over a stretch of nearly a year and a half amidst pandemic.

At work on their fifth studio album, this summer marked some of the first Young the Giant concerts following a lengthy layoff.

“I think it had been a year and a half since we played a proper show. My legs aren’t quite used to it. I was adapting. It was like a marathon. There were times where I had to stop for a gasp of air. But it was great,” said Young the Giant singer Sameer Gadhia, referencing a Lollapalooza aftershow at Chicago’s House of Blues, a bill shared with Jane’s Addiction vocalist Perry Farrell. “This is our third time. It’s one of those magical festivals. It’s nestled right in the city and it’s one of those perfect things,” said the singer. “Seeing the new world of music take shape has really been an honor.”

I spoke with Sameer Gadhia backstage at Lollapalooza about work on new Young the Giant music, returning to the stage and the importance of maintaining ownership of masters for young artists. A transcript of our conversation, lightly edited for length and clarity, follows below.

After almost a year and a half of livestreams, what was it like being back on stage in front of actual fans?

SAMEER GADHIA: As of yet, there’s no technology that can live up to just physically being somewhere and performing for people. We love the livestream capacity and we hope that touring resumes again next year. We’re just keeping our fingers crossed.

I read that you guys are working on the fifth album now. How’s that process been shaping up? Has the craziness of the world amidst pandemic had an impact there?

SG: Yeah. Most definitely. Even just the logistics of trying to get five people in the same room to write. We’re very much like old school in the way we’re a band. Although sometimes I will bring material to the band or something, some of our best material is when we’re just in a room together. And it’s been really hard to recreate that as well. So that was a process just getting there. But it’s great. We’re taking our time with it. We’re just trying to make sure we having something that feels right.

I also had a child during this time, a pre-pandemic baby. He’s almost a year old now. So that’s obviously been a huge life shift for me as well. Our bassist had a child too. So a lot of these things are obviously going to take nature into the next record.

We are thinking about the music all of the time. And it’s been awhile but we’re going to have something out there soon.

In an era like this where it’s already difficult to monetize recorded music, touring has become more important than it’s ever been – then it comes off the table for almost a year and a half. I think people may have a tendency to see their favorite artist doing a livestream performance and completely underestimate just how dire the situation has become for many without the ability to tour. Just how important has touring become today?

SG: Yes. Totally. It’s immensely important. Especially for the artists who people have come out to see for the past five or ten years – us included. We signed a record contract when Spotify didn’t exist, right? The value of a master… Obviously, private equity firms now are starting to heavily invest in masters – and there is a way out for young artists who are hungry and willing enough to just go on YouTube and figure out that ownership is the best model.

But for those artists like us – who we didn’t really have that in the beginning and there wasn’t as much of the education there – touring is immensely important. It’s a huge part of what artists do. Especially being a real band – a band that has people on stage that are playing instruments – there’s a crew, there are people to feed. There are people who rely on us like the crew, who are on tour day in and day out with other artists as well. There’s so much that goes into it.

But, that being said, I hope for young artists that they really take the initiative to take control of their masters. Because that’s going to continue to be the future.