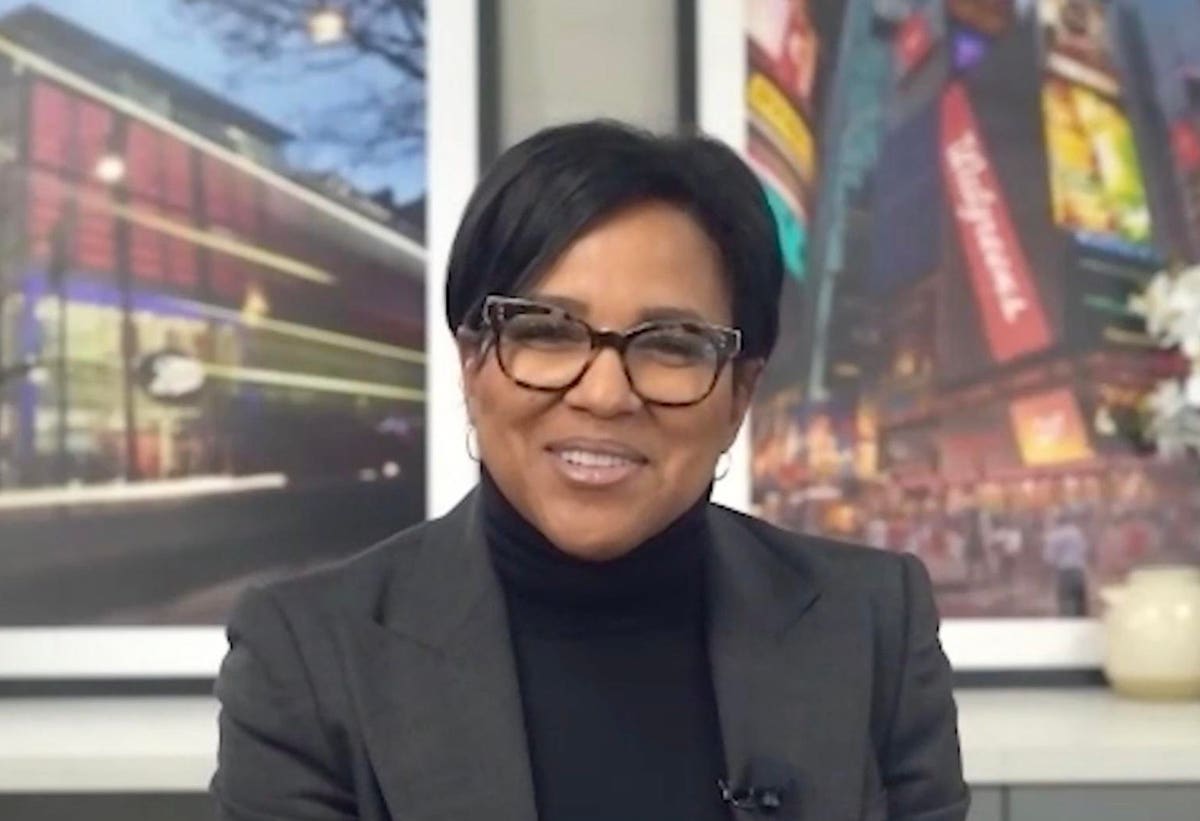 When Walgreens Boots Alliance announced in January that Rosalind “Roz” Brewer would become its new CEO, her appointment broke a years’-long representation drought for Black women among America’s largest corporate chief executives, a milestone both stunning for the year 2021 and all too familiar in corporate America, which continues to struggle with diversity at its highest ranks.

Yet as she told Forbes executive vice president Moira Forbes for this year’s Power Women Summit, milestones like hers are something “sometimes I’m just a little embarrassed about.” That’s not because of the spotlight, said Brewer, who is No. 17 on our list of the World’s 100 Most Powerful Women. But because “I also think about: Have I been bringing enough people along? You can help a peer become a CEO. … This is not a competition or a race. We’re better when we move in herds.”

Brewer, who started her new job in March, had long been seen as a CEO contender, with top jobs at Starbucks, Walmart and Kimberly-Clark as well as serving in the past on powerhouse boards like Lockheed Martin and Amazon. But that attention to “bringing enough people along”—the impact she can have on others—has also been a major focus of her career, she said in the interview.

“Throughout my entire career, I’ve probably done as much in the communities I’ve worked in as the companies I’ve worked in,” she said. “I just constantly kept trying to pull those two together, right? It maybe didn’t look like it to people on the outside. But you don’t join Walmart after being a group president and become a vice president. … If I was trying to be a CEO, I think I would have stayed on that track.”

Instead, she said, she took a job that was three layers down because she thought she’d learn something different and have more impact, particularly on the retail behemoth’s many Black employees. “I knew coming into Walmart, [it] had 1.2 million U.S. employees. … They are the largest employer of African-American employees in the United States and likely in the world,” she said. “I said, ‘man, if I could get in there and I make one decision about pay practices, that affects a ton of people.’ ”

I also think about: Have I been bringing enough people along? You can help a peer become a CEO. … This is not a competition or a race. We’re better when we move in herds.

She thinks there’s a lot more today’s CEOs could be doing to help frontline workers, which are disproportionately employees of color. “This is a time for leaders to really evaluate themselves and say, ‘have I really been the servant leader that I thought I was?’ ” she said, pointing to how many leaders were taken by surprise over the racial reckoning that erupted last year.

“The social unrest that we saw that happened with the murder of George Floyd said that we weren’t listening as a country, right? We weren’t paying attention. We were likely looking at numbers. We were likely moving in spaces that weren’t relevant,” she said. “But at that same time, we were leaving people behind.”

Early in her own career, Brewer recalled being “that quiet, shy person in the back of the room” who rarely spoke out in meetings. “When I was just coming into the corporate setting, you know, just opening my mouth—that was hard.” As a result, she knows how critical it is for top leaders to engage younger managers. “Pick someone out in the room. Create a healthy conversation. Mix it up. Create agile teams that wouldn’t normally be in the room together having conversations so then everybody feels a little awkward. Not just that one young new hire.”

Brewer is concerned about the number of women who left the workplace during the pandemic, and hopes many companies are learning from what wasn’t working. “What I do like about this appointment is that I do have a lot of women reaching out to me with very explicit issues that they’re facing that I’m able to address.”

For Brewer, bringing more women along is personal. “We need women in the workforce; that’s our future. I won’t be able to get up there and say, ‘I’m no longer the first’ if I can’t get these women back in the workplace.”